The European Commission is planning legislation that would use the risk of denied visas to motivate countries outside the bloc to cooperate on sending back unsuccessful..

The European Commission is planning legislation that would use the risk of denied visas to motivate countries outside the bloc to cooperate on sending back unsuccessful asylum seekers.

The European Union (EU) is a political and economic union of 28 member states located in Europe. The EU has developed an internal single market by standardizing laws that are applicable across all member states. EU policies seek to ensure free movement of people, goods, services, and capital within the internal market, enact legislation in justice and home affairs, and maintain common policies on trade, agriculture, fisheries, and regional development. A monetary union was established in 1999, which came into force in 2002. It comprises of 19 EU member states, which use a single currency – the euro.

At present, the European Union provides more foreign aid than any other economic union. Additionally, 27 out of 28 EU countries have a very high Human Development Index, according to the United Nations Development Program. The union maintains permanent diplomatic missions throughout the world and represents itself at the United Nations, the World Trade Organization, the G7, and the G20.

The European Commission's Humanitarian Aid and Civil Protection department (ECHO) provides humanitarian aid from the EU to developing countries. In 2012, its budget amounted to €874 million, 51% of the budget went to Africa and 20% to Asia, Latin America, the Caribbean and Pacific, and 20% to the Middle East and the Mediterranean. Humanitarian aid is financed directly by the EU budget (70%) as part of the financial instruments for external action as well as by the European Development Fund (30%). 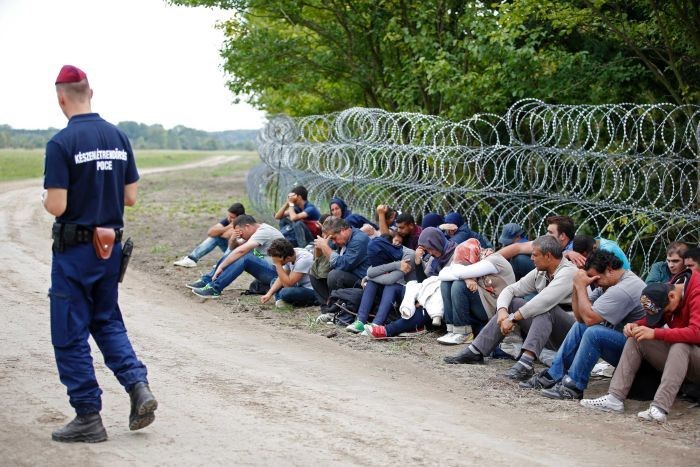 Since 2015, the influx of more than a million refugees affected by war and poverty in Africa and the Middle East has caused political uproar across the European Union and Europe, putting pressure on local governments to repatriate refugees who fail to gain asylum protection in Europe. It is rather difficult to obtain the cooperation of countries of origin, especially those that are going through macroeconomic struggles and security concerns.

The majority of refugees arrived by sea but some migrants have made their way over land, primarily via Turkey and Albania. The conflict in Syria continues to be the greatest driver of migration. The ongoing violence in Afghanistan and Iraq, abuses in Eritrea, as well as poverty in Kosovo, are also leading people to migrate. The EU's external border force, Frontex, which monitors the different routes migrants use and the numbers arriving at Europe's borders, puts the figure of migrants crossing into Europe in 2015 at more than 1,800,000. Tensions in the EU have been on the rise due to the uneven burden faced by some countries, particularly the countries where the majority of migrants have been arriving: Greece, Italy, and Hungary.

Under the EU’s proposed legislation, countries that failed to cooperate with the new rules set forth would first see fewer visas granted to elites, such as diplomats and those with service passports, for an initial period of three months. Upon failing to comply with this, the issuance of visas to normal citizens would also be abridged. This means the reduction of the number of service windows at consulates on various nations.

Our assessment is that over the last two years, many countries such as the US, the UK, Singapore, and Australia have introduced curbs on visas to skilled as well as unskilled labour. European Union member states are likely to inform EU’s executive arm, the European Commission, if they have trouble repatriating failed asylum seekers. The Commission would then offer a response. We believe that the influx of migrants with aspirational economic interest will have a positive impact on the EU’s economy primarily in term of their contribution to the labour market. The challenge, however, would be for the union to ensure that there is a platform for political refugees to return to their respective countries.