Abiyyi Ahimad Alii has been elected by the ruling coalition as the Prime Minister delegate for Ethiopia. The region has witnessed many violent protests in the recent..

Abiyyi Ahimad Alii has been elected by the ruling coalition as the Prime Minister delegate for Ethiopia. The region has witnessed many violent protests in recent years with the public expressing anger towards the governance.

Ethiopia avoided colonial rule until the 20th century, when it was invaded by fascist Italy in 1935. The occupation lasted 6 years. A revolt returned the former Emperor Selassie to power only to be overthrown by Soviet-backed dissidents in 1974. The Marxist Derg and its leader Colonel Mariam, who was responsible for the “red terror”, ruled for almost two decades, during which time the country saw severe droughts and famines. 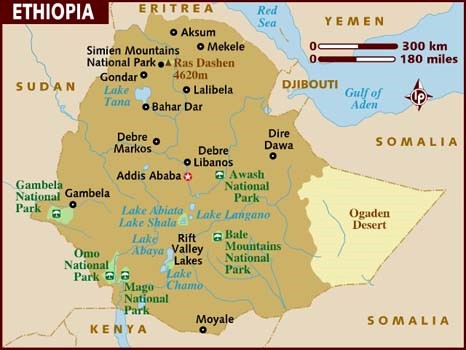 Since January this year, the country has released over 6,000 political prisoners, including opposition leaders, protesters, and journalists, in an attempt to reduce dissent. However, protests have continued. Ethiopian Prime Minister Hailemariam Desalegn resigned on the 15th of February this year amongst growing political turmoil.

The region devolved into more chaos due to the resignation of Hailemarian and protests continued. The resignation also resulted in the government declaring a state of emergency in the region for a period of six months. In March 2018, the local media in Ethiopia confirmed that Abiyyi Ahimad Alii has been elected by the ruling coalition as the Prime Minister delegate. He is the chairman of the Ethiopian People's Revolutionary Democratic Front (EPRDF) and the current Chairman of OPDO (Oromo Peoples' Democratic Organization). He comes from the Oromo ethnic group.

Abiyyi Ahimad Alii is considered a reformer. During a recent meeting in the Oromia region he is believed to have said, “A fair justice system works only when human rights are respected.”In a 2016 interview with the AP, he spoke about the decline in good governance in the country that had prompted the protests. He said, “That (poor governance) is the main reason why people are protesting. This is really a positive sign. I have recently apologized in front of the parliament for our mismanagement and lack of responsibility that have generated these dissents. We are now taking measures to address those grievances.”

Yonas Alemayehu, an activist in the restive region, told The Associated Press, “I believe that Dr. Abiy Ahmed is the answer to Ethiopia's youths' questions.” However, not everyone is convinced that he will be able to usher in stability to the embattled region. Yilikal Getnet, a prominent opposition figure said, “This change in leadership is an indication of how unstable the government is. It has got nothing to do with opening up for democratization or a peaceful transfer of power. It's time for the ruling party to admit that solving Ethiopia's current woes are beyond its capacity."

Our assessment is that Abiyyi Ahimad Ali will have to address the present crisis in the country while also holding together the coalition. These protests are rooted in ethnic differences, and it will be imperative to ensure that they do not spiral into ethnic conflict and violence.