Ethiopian Prime Minister Abiy Ahmed has lauded the Eritrean government for ongoing infrastructural works specifically on roads and its port services. Eritrea and Ethiopia are neighbouring countries located in the Horn of Africa. Eritrea was once part of Ethiopian territory following World War II and became...

Eritrea and Ethiopia are neighbouring countries located in the Horn of Africa. Eritrea was once part of Ethiopian territory following World War II and became independent in 1991. The Eritrean-Ethiopian War occurred between 1998 and 2000 over border rivalries and is considered one of the worst in African history.

Territorial boundaries in pre-colonial Africa were very fluid, with several families living across borders. Sometimes even post-colonial territorial agreements failed to partition regions successfully. After Eritrea’s independence from Ethiopia, the latter lost direct access to the Red Sea. It had to depend on Eritrea for its trade to cross the Red Sea zone. Both Eritrea and Ethiopia wanted control of the key border town of Badme, commencing the conflict in 1998. In-fighting occurred in many other towns.

The conflict resulted in the death of hundreds of thousands of people and the massive displacement of civilians in both countries. The impact was heightened as both countries were also engaged in separate civil wars. Their economies, already feeble, further crumbled resulting in food shortages and destruction of infrastructure. It also led to regional destabilization. Abiy announced in June that Ethiopia would give up its claim to the disputed border territories that triggered the fighting.

In July 2018, Eritrea and Ethiopia decided to normalise diplomatic relations which put an end to a 20-year long standoff. 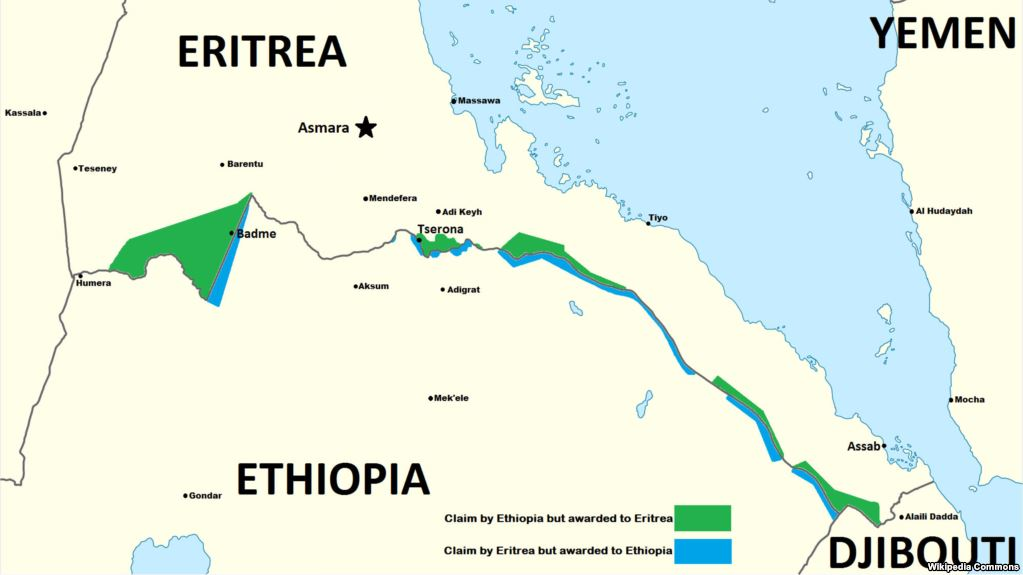 Read more about our analysis on the recent Eritrea-Ethiopia bilateral agreements here.

Eritrea’s Information Minister disclosed that Prime Minister Abiy had a packed first day on his two-day visit. He visited Eritrean ports of Assab and Massawa, visited a 71 km highway to the Ethiopian border. A tour of the Massawa Free Trade Zone and talks with president Afwerki were also on his itinerary.

Additionally, both countries have reopened their Embassies in each other’s capital cities, signifying a commitment to cooperation.

A brief reopening ceremony in the Eritrean capital, Asmara, on Thursday was attended by Ethiopian Prime Minister Abiy Ahmed, Eritrea's President Isaias Afwerki and senior officials of both countries.

“Progress in this component augurs well for efforts of both sides to ensure full implementation of all five pillars of the agreement,” he told reporters after visiting the Eritrean port of Massawa.

The agreement in question is the July 9 peace deal he signed with Eritrea’s president Isaias Afwerki to end a state of war that existed between them for close to two decades.

At the end of the Abiy’s historic visit to Asmara, the two leaders signed a five-point agreement, which included a formal ending of the war, a pledge to increase bilateral political and economic cooperation, and a promise to work on regional peace.

The greater implication of Eritrea-Ethiopia cooperation is on the regional stability in the horn of Africa. With a major border dispute resolved, both countries can assist their neighbour in combating piracy and terrorism along the shared border, as well as assist in maintaining peace and stability.

The international anti-piracy operations, which consists of NATO, Indian, Chinese and Middle Eastern vessels patrolling the East African Coast, will welcome Eritrea’s diplomatic re-inclusion. Eritrea could play a major role in combating local piracy due to its proximity to the Somali coast and Yemen.

Both Ethiopia and Eritrea suffer from poverty on a large scale. Despite the economic growth in both these countries, a majority of their population lives in rural areas, seemingly unaffected by the growth in the economy. The 20-year long conflict has left towns and villages along the border without basic facilities. The biggest challenge here is to pull out the population from below the poverty level, which will require time and effort.

Our assessment is that Eritrea and Ethiopia have a long way to go, and their new agreement is beneficial for both countries. We believe that bilateral trade will take time to pick up speed. We also feel that the ending of hostilities will enable both leaders to focus on a more development-oriented action plan. We believe that border issues will remain contentious and Somalia will require careful handling and a more united approach by both Eritrea and Ethiopia.