Turkey’s President Recep Tayyip Erdoğan has sharply criticized the NATO alliance and the United States. During a speech, he noted that it was wrong to equate NATO to only..

Turkey’s President Recep Tayyip Erdoğan has sharply criticized the NATO alliance and the United States. During a speech, he noted that it was wrong to equate NATO to only US and that all nations within NATO should be treated as equals.

The North Atlantic Treaty Organization is an intergovernmental military alliance between several North American and European countries. It comprises of 29 independent member countries across North America and Europe. The combined military spending of all NATO members constitutes over 70% of the global total. It was created to counter the threat posed by Soviet Union during the Cold War. The United States is generally considered the de-facto leader of the group.

Article 5 of the North Atlantic Treaty Organization (NATO) is based on the principle of collective defence. It notes that any attack on one of the NATO signatories would be considered an attack on all. This was invoked for the first time in history after the 9/11 terror attacks in the US.  Article 5 was first invoked after September 11, 2001 terror attacks in the US. It is also the only time it has been invoked. Since its founding, the admission of new member states has increased the alliance from the original 12 countries to 29. The most recent member state to be added to NATO is Montenegro on 5 June, 2017. Bosnia and Herzegovina, Georgia, and Macedonia are currently aspiring members and recognized as such by NATO.

Recep Tayyip Erdoğan is the current President of Turkey, having held this position since 2014. He was previously the Prime Minister of the country from 2003 to 2014. Prior to that, he was the Mayor of Istanbul from 1994 to 1998.  He has been criticized for ushering an authoritarian government in the country. Turkey is also a member of NATO.

Ties between the US and Turkey have deteriorated in recent years. On October 2017, President Erdogan has spoken about the US’s decision to suspend all non-immigrant visa applications and has deemed the development “upsetting.” 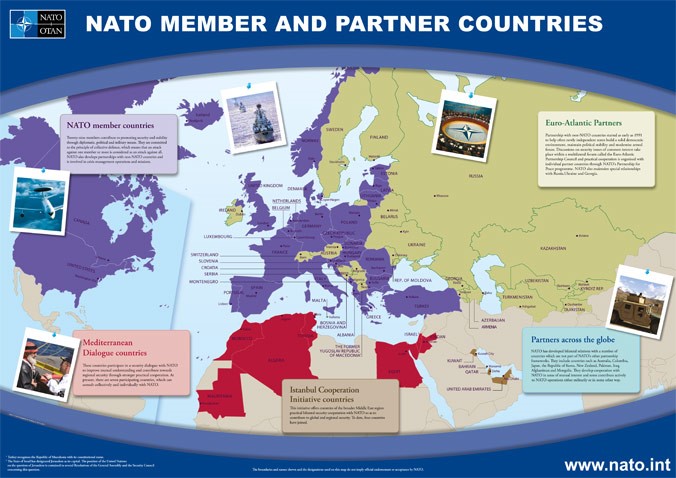 In January 2018, Turkish forces entered northwestern Syria and attacked Kurdish militia called the YPG. The Turkish government has repeatedly noted that this group is a "terror army" that presents a danger to Turkish security. What complicated this development is that this militia is considered one of the primary forces battling ISIS and is supported in part by the US government. A detailed version of that development can be found here.

"As President of Turkey, [I say] NATO is not equal to the U.S., all countries [in the alliance] are equals to the U.S." In addition to his remarks about the US, he also spoke against remarks made by Lt. Gen. Paul E. Funk, the top U.S. commander in the anti-Daesh coalition by noting, “Those who say they will give a sharp response have not been hit by the Ottoman slap.”

This isn’t the first time Erdogan has criticized the US in connection to Syria. In November 2017, he rebuked the role played by the US and Russia in the Syrian War and called on both countries to leave the region if they were not in favor of a military solution.

Our assessment is that these comments indicate the cracks appearing within the NATO alliance. The relationship between Turkey and the US was already tense but has become fraught due to the Syrian conflict. Article 5 of the NATO stipulates that if one nation was under attack, it would be considered an attack on NATO alliance itself. However in Syria, US is funding a group that Turkey considers a direct threat to its sovereignty. This puts both nations on the opposite ends of a military conflict.