Turkish President Erdogan has criticized the role played by US and Russia in the Syrian War and has called on both countries to leave the region if they are not in favor of a..

Turkish President Erdogan has criticized the role played by US and Russia in the Syrian War and has called on both countries to leave the region if they are not in favor of a military solution.

Erdogan was speaking in connection to the recent joint statement issued by US and Russia regarding the Syrian war.

Russia has supported the internationally recognized government of Syria since the beginning of the Syrian conflict in 2011: politically, with military aid, and since 30 September 2015 also through direct military involvement. The latter marked the first time since the end of the Cold War that Russia entered an armed conflict outside the borders of the former Soviet Union.

Recep Tayyip Erdoğan is the current President of Turkey. Having held this position since 2014, he was previously the Prime Minister of the country from 2003 to 2014. Prior to that, he was the Mayor of Istanbul from 1994 to 1998.  He has been criticized for ushering an authoritarian government in the country. More journalists have been incarcerated in Turkey than any other nation in the world. His government in 2013 began with a police crackdown that resulted in the deaths of 22 people thus lending further credence to criticism about authoritarianism. 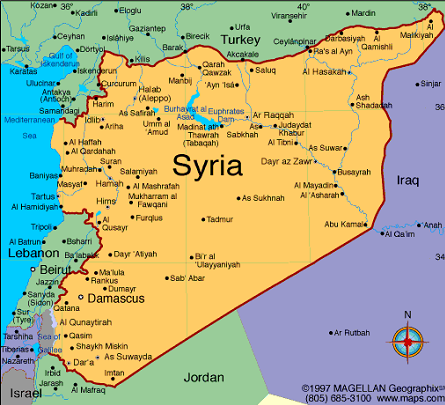 Recently, US President Donald Trump and Russian President Vladimir Putin met at the sidelines of Asia-Pacific Economic Cooperation (Apec) summit. The two leaders produced a joint statement on Syria, restating their determination to defeat Islamic State and their desire for a United Nations-brokered solution. They also agreed that there was no military solution to the country’s wider, six-year-old conflict.

Turkish President Erdogan has criticized the statement and took a swipe at both US and Russia. He also said that the countries should leave Syria. “I am having trouble understanding these comments,“ Erdogan told reporters before flying to Russia for talks with Putin. ”If a military solution is out of the question, then those who say this should pull their troops out.” He added, “Then a political method should be sought in Syria, ways to head into elections should be examined... We will discuss these with Putin.”

In his reported comments, Erdogan said neither Russia, nor the US would be pulling out of Syria soon. "The United States said it would completely leave Iraq, but it didn't. The world is not stupid, some realities are being told differently and practiced differently," he said.

Erdogan later met with Russian President Putin and stated that two leaders have now come to a consensus that the solution to Syria was to utilize political tools. He said, “We agreed that the grounds to focus on a political solution (in Syria) have been formed.” Putin said Russia would continue to work on Syria with Turkey and their efforts were yielding results: “The level of violence has definitely been reduced, favorable conditions are being created for the progression of an inter-Syrian dialogue.”

Our assessment is that there is dissonance in the process that has been adopted by various nations in addressing the Syrian civil war. Turkey, Russia and Iran have been brokering Syria talks in Kazakhstan's capital, Ankara and this is a separate process than the one occurring in Geneva. Erdogan’s statement proves that the countries involved in Syria are not in sync with one another to broker a resolution that would end the violence.