In August 2017, the Synergia Forum organised a talk by M.K. Narayanan -Former NSA to Government of India, Governor of West Bengal & former Director of..

In August 2017, the Synergia Forum organised a talk by M.K. Narayanan -Former NSA to Government of India, Governor of West Bengal & former Director of Intelligence Bureau.

HE M.K. Narayanan stated, " Uncertainty and disorder are the principal characteristics of the 21st Century. The world appears increasingly dysfunctional, thus making it difficult to predict outcomes. Everybody is aware of the standard things; the world political outlook seems less than optimistic. The economic outlook is also, by and large, pessimistic and we are in a ‘low growth’ trap, with the less affluent living in a world of radical uncertainty - governed less by long term economic uncertainties and more by fear. I think this is something that we need to address, and it provides a starting point to where we are as far as the world economic order is concerned.

The world of geo–politics and geo–economics intersects today, far more than any time in the past, and that makes a radical change in the way we look at the world as an emerging order. I think the two transformative developments that are impacting the emerging world order is - 1. The perceived decline of the United States as the world’s leading power and 2. The rise of China. The perceived decline of the United States was apparent even before the advent of the Trump Presidency but is further compounded today by the high degree of unpredictability displayed by the new regime. Russia’s oil wealth has greatly assisted its economic recovery.

Oil diplomacy, in turn, has produced a strategic congruence between Russia and China. Today, Russia’s relations are at its lowest point with the United States, even as Russia is making its presence felt in Europe. It has once again become a factor in the politics of West Asia, having built relations with both Iran and Saudi Arabia, apart from becoming involved in the war in Syria. The image the world order presents today is one of a Global Leadership Vacuum. The decision of the US to forfeit its role through a series of defaults, is largely responsible for this situation. What is interesting is that on the side lines of the G-20, Japan and the European Union had announced that they had reached an agreement in principle, on a Free Trade Agreement. 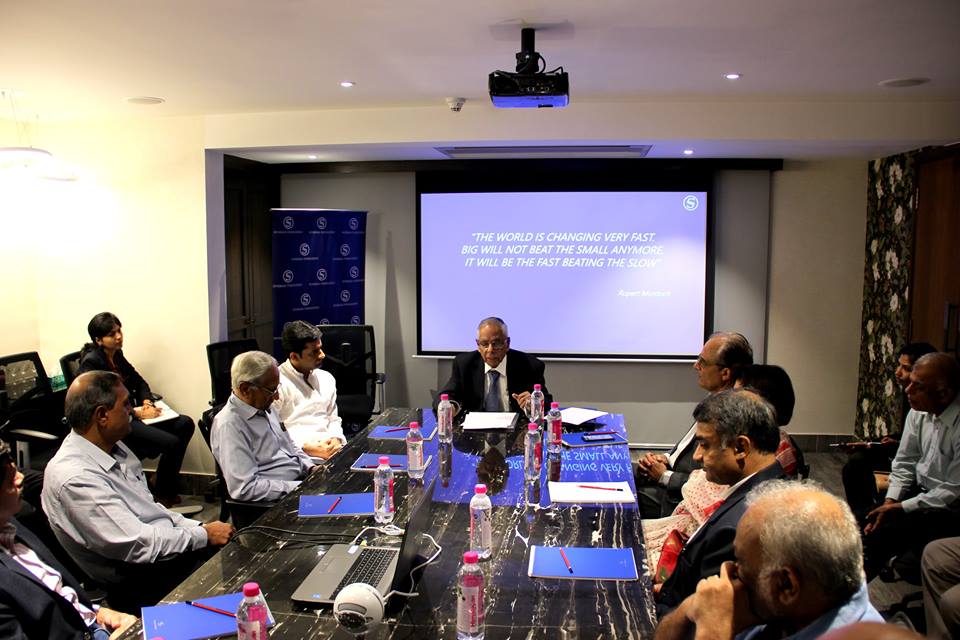 The very fact that, an EU-Japan FTA exists at this juncture, has both a symbolic as well as real value. Overall, China is not willing to remain a ‘status quoist’ power, neither will it play by the existing rules governing the international order. It currently boasts about being the 2nd or 3rd most powerful military in the world. I think the Chinese Belt Road initiative is perhaps the most dramatic development that has taken place in the world today. It is integral to the expansion of China’s influence. The BRI embraces both a Continental Silk Route and a Maritime Silk Route and is aimed at spreading Chinese influence across Asia and Europe.

The prospects of Western Europe are highly uncertain at present. The impact of Brexit, the UK’s departure from Europe - I think all this is leading to an ‘identity’ crisis of some kind and it is continuing to haunt Europe. And West Asia - I think this is the region which will pose a major challenge to the emerging world order. A split down the line, between the Arab and the Non-Arab world, a serious confrontation between the increasingly Shiite Iran, a weakening Saudi Arabia and the involvement of certain external powers in the region, including Russia and China are all sort of creating a cauldron of problems in this region. Monarchies in the Arab world are by and large facing several problems and challenges. I would also stress that, radical Islamic tendencies, are set to gain as a result to all the uncertainties present in the region.

Coming to South Asia - the region is, by no means, insulated from the intense competition for influence that is taking place in the rest of Asia - mainly between China and the US - but also involving regional and other extra regional powers. South Asia does not have the same number, or kind, of existing disputes over maritime claims and maritime delimitations that are seen in East and South East Asia, but it does face a number of other problems. The Emerging World Order seems more like Emerging World Disorder. The reality is that no country today is in a position to act as a hegemony. To sustain the peace, however, we will need a realistic world order. This can be achieved, provided the different strands that are present, are suitably adjusted and in a manner that it leads to a coherent picture.