On October 10th, 2017, Liberians will be voting to elect the next President of the nation.

The Republic of Liberia began as a settlement of the American Colonization Society (ACS). On July 26, 1847, the region became the first African republic to proclaim its own independence. Thus, Liberia is Africa’s first and oldest modern Republic. The United Kingdom was the first Western nation to recognize the sovereignty of Liberia. The US recognized the nation’s statehood in 1862 during the American Civil War.

Liberia is a relatively small nation with a population of just 4,503,000 people. William Vacanarat Shadrach Tubman was the 19th President who served from 1944 to 1971.  He was an authoritarian leader who brutally suppressed any opposition. After his death, his then- Vice President, William R. Tolbert Jr. took over. In 1980, he was killed in a coup d'état led by Samuel Doe. Samuel Doe, who violently executed many of his True Whig Party supporters was a polarizing figure in Liberia. The 1985 elections that was conducted under his aegis was widely considered to be fraudulent. His rule resulted in the First Liberian Civil War. It occurred between 1989 to 1997. Over 600,000 died during the conflict. The violence only ended when the Economic Community of West African States (ECOWAS) and the United Nations got involved. However, by 1999, the Second Civil War had broken out. It lasted till 2003.

The nation suffers from multiple problems. Citizens have to grapple with lack of running water and there is shortage in electricity. Additionally, the illiteracy rates are high and corruption is rife. Charles Taylor, the former president of the country, is currently serving a 50 year jail term in the UK for committing war crimes against Sierra Leone.

The current President of Liberia is Ellen Johnson Sirleaf. She is the first elected female head of state in Africa. She served in office for 12 years. 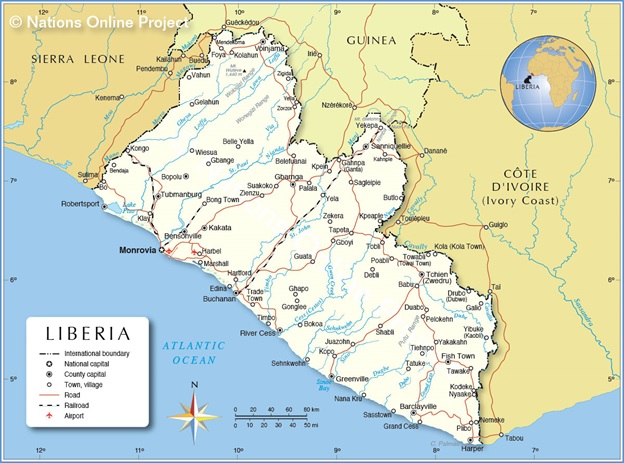 Despite the fact Liberia is the oldest Republic in Africa, this would be the first time in 73 years when a democratically elected leader will hand power over to another elected leader. The campaign so far has been a colorful if chaotic process. There are 20 people running in the race this year to be elected as the President. According to the nation’s laws, for a candidate to be declared winner, they should secure over 50% of the vote. However, there is no real front runner in this race. Experts have noted that the elections, which will be held on October 10th, 2017, will result in a second round run off.

Unsurprisingly one of the main campaign issues has been the eradication of corruption. Candidates have also promised to heal the wounds left behind by the painful civil wars. The current favorite to be elected is George Weah. He is beloved in the nation as he used to be a world famous footballer. He ran an unsuccessful campaign during the 2005 elections and was voted in to Senate in 2014. His running mate for the current election is Jewel Howard Taylor. She is the wife of Charles Taylor and has noted that she wanted to further her husband’s agenda for the country. Even though politicians are running on an anti-corruption mandate, reports have emerged of citizen votes being bought with freebies.

Alex Vines, head of the Africa programme at Chatham House, spoke about the election to Al Jazeera noting, “Reconciliation has been patchy, but with time is deepening. Under the Transitional Government, a Truth and Reconciliation Commission launched in 2005 and it worked throughout the first mandate of Ellen Johnson Sirleaf and concluded in 2010. It made recommendations, but there has been little follow up.”

In addition to electing a President, Liberians will also be electing 73 legislators to the House of Representatives (lower chamber).

Our assessment is that whoever is elected to become the next President of Liberia will have a mammoth task in their hands. Sirleaf's government made progress in developing some amount of the nation’s infrastructure. However, the citizens are still living without basic necessities and in abject poverty. The next President will have to tackle large scale problems like illiteracy while trying to heal the wounds in the nation cause by the civil wars. It is most likely that there will be a coalition government In Liberia