Struggling against the pandemic and rising fiscal deficit, the Centre’s ability to respond may be stymied.

Despite some recovery by the stock markets from the lows of the lockdown, there is a massive economic downturn and perceptible lack of confidence in most industrial sectors. GDP and real financial data suggest serious problems at the grassroots.

The output from seven of the eight core sectors that account for over 40 per cent of the Index for Industrial Production (IIP) has shrunk for the fourth straight month in June 2020. It fell by 6.5 per cent in March, 38.1 per cent in April, 23.5 per cent in May, and 15 per cent in June.

Fertiliser output alone bucked the trend in June and registered a 4.2 percent output, suggesting resilience in the agriculture sector. But, that has not eased rural economic distress, which became evident when over  62 million applied for employment under the Mahatma Gandhi National Rural Employment Guarantee Scheme in June, thrice the usual number.

The downtrend is expected to continue into the next quarter and, perhaps, through the festive season. Against this backdrop, all eyes are on the Union Government and the fiscal measures that it deploys to revive the economy.

The International Monetary Fund in its Fiscal Monitor report on countries around the world said, “In India, the fiscal stance should be eased as needed to accommodate necessary increases in public health expenditure in response to the pandemic and shield against a more severe economic downturn, using targeted and temporary measures."

“Once the situation improves, a more ambitious, credible medium-term fiscal consolidation path is needed to bring debt and interest expenditure down. Transparency must improve, and the practice of shifting spending off-budget must be curtailed," it added.

Several State governments have demanded a fiscal stimulus package from the Centre, and experts have suggested that what the economy needs is a package as huge as 5 per cent of the GDP to get back on track.

There is no doubt that the economy needs a push, but the Centre is struggling with a sharp rise in the fiscal deficit.  For the first three months of this fiscal year, it was 83 percent of the budget target for the whole year, and the annual fiscal deficit could be as high as 7 to 8 percent of GDP.

Tax revenues have plummeted, and the Centre has already announced plans for additional borrowing of up to 5.7 percent of GDP.

However, the economic contraction is not just a sheer number; it has enormous social repercussions and could mean that lakhs who were hovering above the poverty line may slip below it.

While the lockdown itself resulted in quantifiable losses, its consequence has been over cautiousness or a sense of fear to take up new investments. If this is not addressed, then spending and other measures will not produce the desired results. For instance, a financial sector which is not confident of lending negates the purpose of rate cuts, credit guarantees, or liquidity push.

THE TIME IS NOW

Krishnamurthy Subramanian, Chief Economic Adviser to the Government of India, has said the time for a fiscal push could be coordinated with progress on finding a vaccine. However, given that vaccine development and delivery is a long-drawn process, timing fiscal measures to vaccine development may not be practical or plausible.

Many experts, including former Prime Minister Manmohan Singh, have opined that India’s good track record in repayment will help in fresh borrowing from international agencies like the IMF. They argue that the rising deficit should not discourage the government from intervention.

There are other tough decisions, like deficit monetisation, which can result in serious long-term fiscal consequences that need to be considered with caution. The priority must be to revive the economy and rebuild confidence in it. 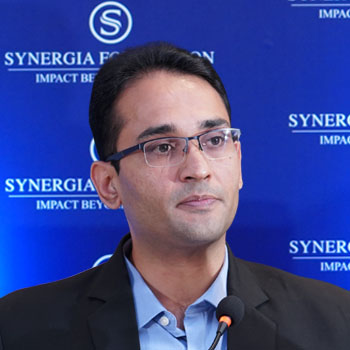 T.M. Veeraraghav served as a senior journalist at the Print and Broadcast media. He was the Resident Editor at The Hindu and former Editor of CNN IBN and NDTV. He has over two decades of experience as a journalist.