Congo is on the war footing, gearing up to prevent another outbreak. The Ebola virus disease is a haemorrhagic fever caused by the ebolaviruses. It spreads through direct contact and body fluids such as blood and saliva from infected humans. However, it is not an airborne disease and no document..

Congo is on a war footing, gearing up to prevent another outbreak of Ebola.

The Ebola virus disease is a haemorrhagic fever caused by the ebolaviruses. It spreads through direct contact and body fluids such as blood and saliva from infected humans. However, it is not an airborne disease and no documented case has been recorded thus far of the virus spreading through the air.

The Democratic Republic of Congo (formerly known as Zaire) is a country located in Central Africa, with a population of seventy-eight million and a semi-presidential republic system. Congo is extremely rich in natural resources but has had political instability, a lack of infrastructure, issues with corruption and healthcare. DRC has had ten outbreaks of Ebola since 1976, and interestingly, the virus is named after the river Ebola which flows in Northern DRC.

Ebola causes diarrhoea, vomiting and haemorrhagic fever and can be spread through bodily fluids. An epidemic between 2013 and 2016 killed more than 11,300 people in West Africa. 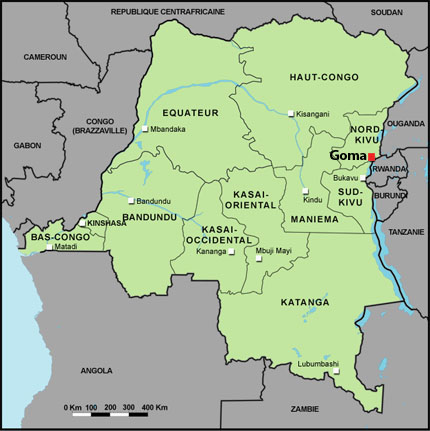 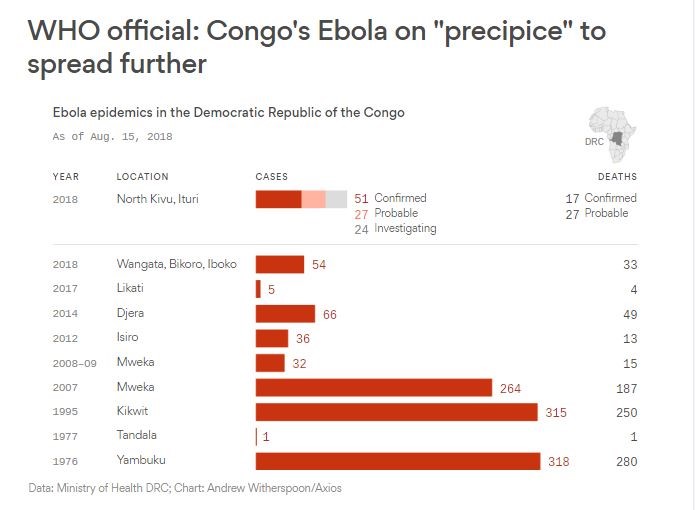 The outbreak threatens the city of Goma, located in Eastern DRC, on the border with Rwanda. It is more than 220 miles from the centre of the outbreak, but the virus has already spread to neighbouring Ituri province, and the number of infected is rising daily. Residents in the busy trading hub are taking no chances.

UNICEF has set up hand-washing stations around the city, many of whose streets are built on top of the lava rock left from the eruption of the Mount Nyiragongo volcano in 2002.

Congo, a vast, forested country, has become a staging ground for new treatments, including the first use of vaccines that helped contain an outbreak that was declared over in July, just days before the latest flare-up was discovered.

Goma residents know that medical breakthroughs mean little if simple measures are not taken on the ground. DRC has had a long history with the epidemic, with the second ever case recorded in August 1976 in Zaire (DRC’s former name). It was there the then-unnamed virus was named after the Ebola river, running in the North of Zaire. It is the kind of preparation that has become routine in Congo, which has experienced 10 Ebola outbreaks since the virus was discovered on the Ebola River in 1976, altogether killing some 900 people.

As part of the effort to fight the current outbreak, on Tuesday, the Congolese government began the use of the experimental ‘mAb114’ Ebola treatment on patients in North Kivu, following government approval of the drug. It is the first time ‘mAb114’ has been deployed against an active outbreak.

The drug, which was developed by the United States National Institutes of Health using the antibodies from an Ebola survivor from 1995, has only previously been tested on monkeys where it showed a 100% success rate. The five patients who have received the treatment are reported to be “doing well” according to the WHO.

Vaccinations against the virus using a new vaccine first tried in the Equateur outbreak also began last Wednesday in a “ring vaccination” campaign where health workers are vaccinated first, along with contacts of Ebola patients and their contacts.

So far 216 health workers in North Kivu have been vaccinated along with 20 people from the local community. The security situation in parts of North Kivu is, however, likely to make finding all contacts who need to be vaccinated, difficult.

Our assessment is that Congo’s next challenge lies in being able to predict and prevent Ebola from becoming a widespread epidemic, due to the logistical difficulties of the thickly forested country. We feel that with 10 previous outbreaks, Congo’s Health ministry has had enough time to prepare its citizens to counter the spread of the disease.