According to an opposition Senator in Philippines, at least 20,000 people have died as a direct result of President Rodrigo Duterte’s war on drugs. In 2016, Duterte..

According to an opposition Senator in Philippines, at least 20,000 people have died as a direct result of President Rodrigo Duterte’s war on drugs.

In 2016, Duterte, a controversial figure across the world, won the general election and assumed the office of the President. One of the key campaign promises that he had made was to be tough on criminals. He often urged the public to take law into their own hands and kill drug addicts saying “If you know of any addicts, go ahead and kill them yourself as getting their parents to do it would be too painful.”

The number of deaths in this deadly campaign has increased in the recent months. According to documented reports, there were 7,000 deaths between April 2017 and August 2017. The UN has called on the country and the government to put an end to the violence. However, Duterte has retaliated by announcing that if the criticism persisted then he would withdraw Philippines from the UN and form a new body along with China and other countries. The advocacy group, the Human Rights Watch has labelled Duterte’s reign as President as a “human rights calamity.”

In 2017, Paulo Duterte (the President’s son), was linked to a drug trafficking scam. At the time the President said that he would kill his son if he were found guilty. He noted, “I said before my order was: ‘If I have children who are into drugs, kill them so people will not have anything to say. So, I told Pulong [Paolo’s nickname]: ‘My order is to kill you if you are caught. And I will protect the police who kill you, if it is true.” 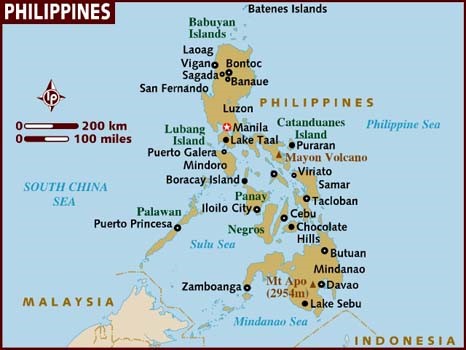 President Duterte’s aggressive campaign against drugs has attracted criticism from various international quarters. In August 2017, even the Philippines Catholic Church publicly criticized the government over its violent tactics. Duterte has earned the nickname of “the Punisher” from those who oppose him.

In February 2018, the International Criminal Court (ICC) in The Hague announced a “preliminary examination” into killings linked to the Philippine government’s “war on drugs” since at least 1 July 2016. Antonio Trillanes, an opposition Senator has claimed that at least 20,000 have been killed as a direct result of the so-called war on drugs. The administration’s report reveals that 3,967 “drug personalities” have been killed for resisting arrest.  This was for the period between July 1, 2016 and November 27, 2017. In addition, 16,355 homicide cases are under investigation. "Therefore, all of these deaths are drug-related and not for other causes. That is clear," Trillanes said, adding the official document cited several anti-drug government agencies as sources. “While the country continues to laugh at the lewd jokes of Duterte, more than 20,000 of our countrymen have been killed. They basically admitted that there are not so-called vigilante killings - that these deaths are actually state-sponsored executions.”

Human Rights Watch has stated that the government in Philippines should support the creation of a United Nations-led investigation. “The glaring disparity between the Philippine government’s official death toll and those of credible independent observers underscores the urgent need for a UN-led independent investigation into killings since the drug war began in June 2016,” said Phelim Kine, deputy Asia director of HRW. “The government should welcome a UN effort to establish an impartial and verifiable death toll as a crucial first step in accountability for wrongful deaths.”

Our assessment is that despite protests from the public and the international community, Duterte has made it clear that his war against drugs is his top priority. According to multiple scientific studies, drug addiction is a disease and should be cured through medical intervention. Will a violent campaign backfire on the President of Philippines?