Driverless cars to be used as 'lethal weapons'?

Autonomous vehicles are in danger of being turned into “weapons”, leading governments around the world to block cars operated by foreign companies, the head of Baidu’s self-driving car programme has warned.

An object capable of moving by itself is by definition a weapon.

The debate over the impact of automation has been going on for several centuries, from the Luddites in 1811 to John Maynard Keynes’ prediction of technological unemployment in the 1930's, to Stephen Hawking's recent warnings over Artificial Intelligence. Refer to:

da Vinci’s Self-Propelled Cart—c. 1500: Centuries before the invention of the automobile, Leonardo da Vinci designed a cart that could move without being pushed or pulled.

Whitehead Torpedo—1868: While these weapons of war emerged in the mid-1700s, Robert Whitehead’s invention of a torpedo that could propel itself underwater proved to be a game-changer for naval fleets around the world.

Teetor Cruise Control—1945: An engineer became so fed up with the rocking motion he experienced while riding in a car with his attorney behind the wheel that he developed one of the first cruise control system to smooth out the ride, using a mechanical throttle that could set the vehicle’s speed. The invention was commercialized in 1958.

General Atomics MQ-1 Predator—1995: Drones were invented. Nowhere is this more visible than in the world of drones, the most noteworthy of which has been General Atomics’ Predator, an unmanned plane that for 20 years has been piloting over global hotspots for 14 hours at a time. Drones aren’t just military vehicles, of course. The Predator is decked out with technologies being adapted for cars, including radar that can see through smoke or clouds and thermal imaging cameras that enable travel by night.

DARPA Challenges—2004-2013: The U.S. Department of Defense’s research arm, DARPA, sponsored a series of challenges that pushed autonomous technologies forward. In 2004, a competition was held to challenge vehicles to self-navigate 150 miles of desert roadway. While no car completed the route, subsequent challenges have seen dramatic leaps in capabilities. The 2007 challenge simulated a 60-mile long urban environment, with four cars completing the route in the allotted six-hour time limit.

Tesla Autopilot—2015: The most significant aspect of Tesla’s semi-autonomous “Autopilot” feature, introduced in late 2015—which enabled hands-free control for highway and freeway driving— is that it was delivered in the form of a single software update to Model S owners overnight.

Volvo, Ford, BMW, Waymo, etc – 2017: All these companies had released their models of the self-driving cars all over the world. 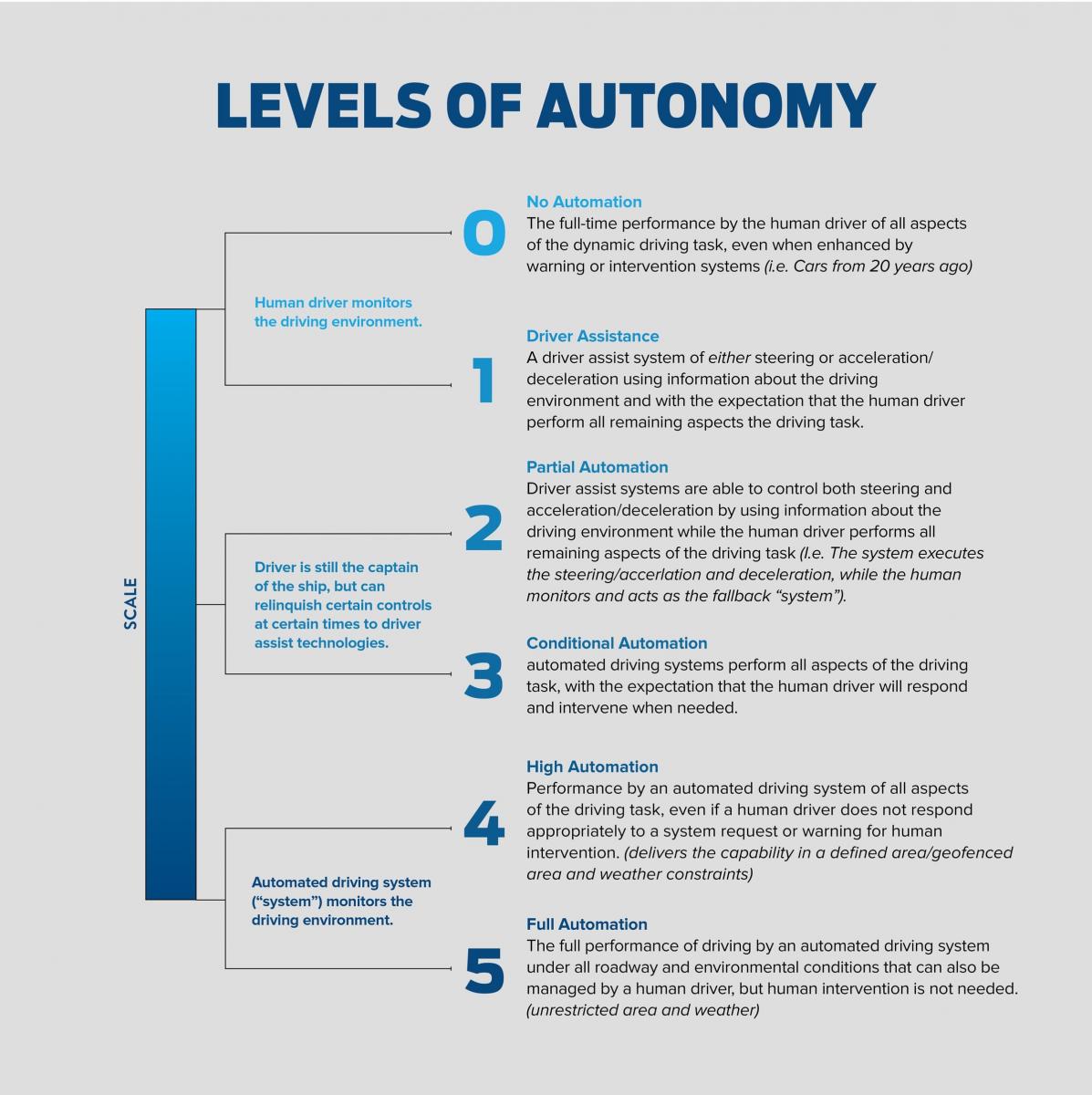 Qi Lu, a chief operating officer at the Chinese internet group, said security concerns could become a problem for global carmakers and technology companies, including the US and China.

“It has nothing to do with any particular government — it has to do with the very nature of autonomy,” he said on the side-lines of the Consumer Electronics Show last week. “You have an object that is capable of moving by itself. By definition, it is a weapon.”

Despite the “overwhelming benefits” of autonomous driving, Mr Lu said it would not happen without a “lot of dialogue” between companies, regulators and politicians. “How we ensure safety, in my view, is going to be a journey,” he said.

Mr Lu’s remarks came amid rising tensions between the US and China following news that AT&T had pulled out of plans to distribute Huawei’s smartphones on the eve of the deal’s announcement at the Las Vegas conference. Security concerns have been blamed for the collapse of talks between the US operator and the Chinese smartphone maker.

The FBI, in an unclassified report obtained by The Guardian in 2014, voiced concerned about how “game changing” autonomous cars may become for criminals, hackers and terrorists, turning the vehicles into more potentially lethal weapons than they are today. An FBI spokesperson did not immediately respond to a query about the impact of autonomous cars on law enforcement.

The FBI is already worried about robo-getaway drivers, which frees up a suspect to shoot back. Criminals might be able to make a better escape, if a road full of self-driving cars will always move out of the way when you threaten a collision.

Criminals might commandeer self-driving vehicles and trap passengers inside until they pay a ransom, or use camera-equipped models to case robbery locations over longer periods since the cars don’t need to eat or sleep. They can ditch accomplice drivers, who often have loose lips, as they conduct crimes.

Our assessment is that society still has to decide how much invasive technology it will permit in self-driving cars in the name of safety. Should they contain sensors to detect explosives or narcotics to halt terrorism and  cameras to record what happens inside the vehicles?  We believe that the more gizmos, the more gadgets, the more electrical control makes the vehicle more vulnerable. Perhaps the most secure car is the 1972’s Volkswagen. We believe it’s the safest vehicle, with the highest cyber security and tightest control on privacy data & can still be loaded with explosives and sent to its destination.

Synergia Foundation had conducted a roundtable conference on automation. To know more about the roundtable, mail at ‘r@synergiafoundation.in’.