Djibouti pushes back against China

Djibouti has pushed back against what it called “mercilessly pillorying” over conjecture that the strategically located Doraleh Container Terminal (DCT) may well be used..

Djibouti has pushed back against what it called “mercilessly pillorying” over conjecture that the strategically located Doraleh Container Terminal (DCT) may well be used to increase China’s footprint in Northeast Africa while intimidating United States interests.

Djibouti is a nation located in the Horn of Africa. The Horn of Africa is a peninsula in Northeast Africa, comprising of Djibouti, Eritrea, Ethiopia, and Somalia. Djibouti was renamed to the French Territory of the Afars and the Issas in 1967. However, in 1977, the Djiboutian people voted for independence, which officially marked the establishment of the Republic of Djibouti. Djibouti joined the United Nations on September 20, 1977.

Djibouti is strategically located near key shipping ports, controlling access to the Red Sea and Indian Ocean. It serves as a key fuelling center and is an important maritime port for imports and exports within Northeast Africa. It is a rapidly growing commercial hub, and has the presence of various foreign military bases, including US Naval Expeditionary Base, Camp Lemonnier.

Last month, DP World, a global shipping company based in Dubai pushed back against the Government of Djibouti after stating that the government has illegally seized the Doraleh Container Terminal (DCT), a facility operated by DP World under a 30-year agreement. According to DP World, the illegal seizure of the terminal was seen as the Djibouti government’s campaign to force DP World to renegotiate the terms of its contract. This followed a previous decision by the London Court of International Arbitration to uphold the existing terms of the initial agreement, which began in 2006.

DP World stated that the seizure was a breach of the agreement and a violation of international law. However, Djibouti officials said they took control of the DCT facility because the deal no longer serves the country’s best interests, and compromises its sovereignty and economic independence. Djibouti said it has taken over the entire operations of the site. 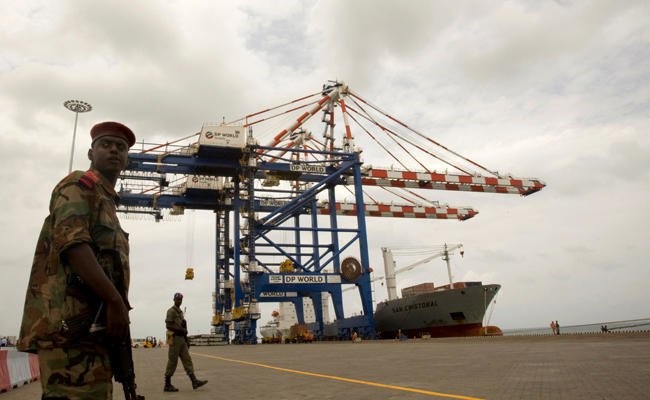 Djibouti’s ambassador to the United States, Mohamed Siad Doaleh, released a statement regarding the recent media accounts tied to DP World and concerns over China’s influence. “Djibouti is a committed friend and ally of the United States,” said Doaleh. The suggestion that Djibouti might terminate the 30-year US lease and that Djibouti would give the disputed Doraleh terminal site to China, thereby compromising US military operations is “equally false,” he added.

The Djibouti government’s remarks came as US Secretary of State Rex Tillerson completed a visit to the Bab al-Mandab Strait on the western end of the Gulf of Aden, saying Chinese investment does have the potential to address Africa's infrastructure gap, adding that China’s approach has led to mounting debt in most countries.

In response to claims made by Tillerson, China fired back stating that Beijing’s approach to Africa’s development is one of dependency and indebtedness. China’s Ministry of Foreign Affairs called his remarks completely inconsistent with fact. The spokesman for the Ministry of Foreign Affiars Geng Shuang said, “China’s financing support to Africa is mainly invested in infrastructure construction and the field of production.”

Our assessment is that this move from African nations, like Djibouti, is a sign that they are looking to renegotiate their business obligations and use existing international rivalries to the best of their interests.