What started out as a trading mechanism for virtual crypto cats has now become an idea that is revolutionising traditional understandings of virtual finance and art. The recent Academy Awards immortalised the late Chadwick Boseman (from the fame of Black Panther) with an NFT of his portrait made by digital artist Andre Oshea.

Earlier this year, the respected auction house Christie’s became the first to auction off NFT art for over $ 69 million. Its rival, Sotheby's, has also made a tentative beginning by holding a "Fungible Collection", which reportedly netted over $16 million in sales. It is safe to say that NFTs or Non-Fungible Tokens have officially entered mainstream imagination as a new form of technology akin to cryptocurrency and the larger crypto world.

Non-Fungible Tokens are digital assets that are unique, non-divisible and are the next step right next to cryptocurrencies, security tokens, privacy tokens etc., in the crypto finance world. They are used in a variety of virtual content such as digital art, collectibles, music, game tokens or even tweets. Unlike fiat or cryptocurrency, NFTs are not interchangeable. You cannot exchange one NFT for another and hold the exact same value. Similarly, NFTs are individual units by themselves and cannot be broken into half. Bitcoins, for example, are made up of smaller units known as Satoshis and thus can be divisible. NFTs are traded on digital marketplaces like Openbazaar or DECENTRALAND.

The main aim of an NFT is to provide authenticity and ownership over digital content. This is achieved through smart contracts written into NFTs, which are stored on Ethereum Blockchains. A Blockchain works as a publicly distributed ledger where NFTs are stored and is, therefore, a decentralised database of all NFT transactions. This implies that one cannot interfere with one unit without changing the entire blockchain. Furthermore, there is no middleman or central entity overseeing or controlling the Block-chain. The system runs itself, giving the user primary control and access.

NFTS IN ART: HOW DOES IT WORK?

While NFTs are being used for a wide variety of digital content, it is making a distinct impression in the art world. It all started in 2014 when Kevin McCoy and Anil Dash, the CEO of Glitch teamed up for an art-tech exhibition to think and envision a technology to protect and support artists in a climate of Tumblr and other social media where works were shared, duplicated, and used by millions of users with no idea of its original creator or context. They introduced the concept of blockchain-backed system of owning artwork and called them Monetised Graphics. This idea of theirs which did not cause much sensation back then, is now headlining as ‘NFTs with a million-dollar market.’ There are three main ways in which NFTs are changing traditional ideas of ownership, authenticity, and value. Firstly, the blockchain technology enabling NFTs with the help of smart contracts (a piece of code that is designed to hold and carry out a certain set of instructions) essentially re-creates tile registries that manage provenance and authenticity research of an artwork which is currently done by museums, galleries, and independent Art foundations. 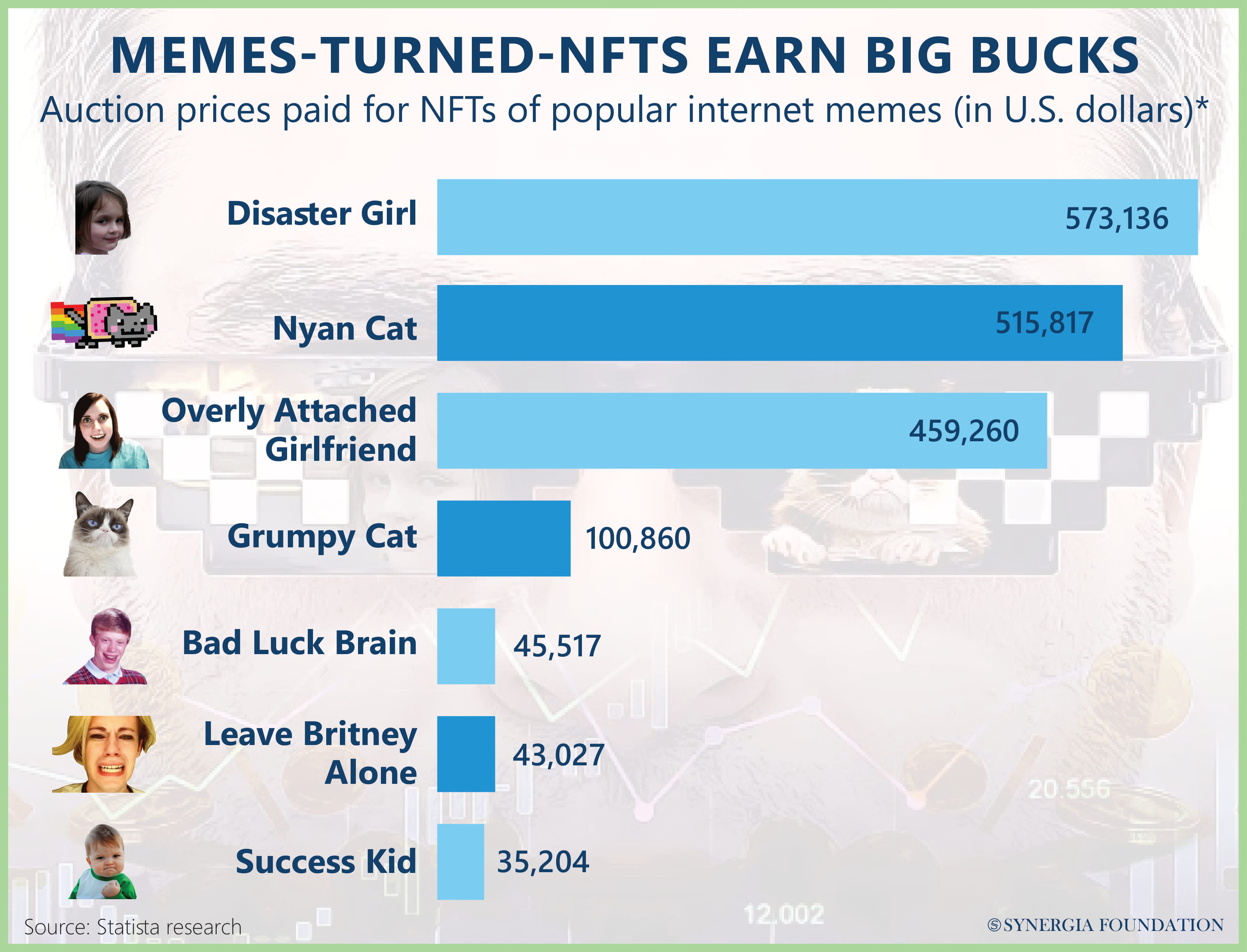 While older artwork has a history, which needs to be vetted by a human entity before being entered into the block chain database, new artwork which is entering the market is authenticated as an NFT by the blockchain, thus removing the process of vetting by non- virtual entities. Secondly, NFTs are capable of fractional ownership, which means that multiple people can own one NFT. This is mostly a method used by investors and collectors to mitigate risk. If the artist wishes to grant copyright privileges along with the artwork, this shared ownership can extend to re-selling royalties as shares and commodities in the stock exchange, thus making the profit off these art pieces two-fold. Finally, and fundamentally, NFT technology enables the artist to have much larger control over their artwork and how and to whom it is sold.

Physical pieces of art derive their value from the fact that they are unique and scarce. You can have as many prints as possible of the Mona Lisa, but at the end of the day, one knows that the original is hanging on the walls of the Louvre Museum. Digital art and content used to work primarily on the opposite principle. There is no original-duplicate binary. If one person develops a game, formats it, and uploads it for another user, both are using the ‘original’. The experience is shared by both, which, if pleasurable, will be shared with other users and so on. Same with digital art. There is a creator who might be getting credit (in some cases monetised), but mere ownership does not signify anything unique in experience or otherwise. By applying the principle of scarcity over digital art, it becomes desirable and valuable. The very act of issuing an NFT is what makes it unique and scarce, and it is thus that an NFT derives its value. 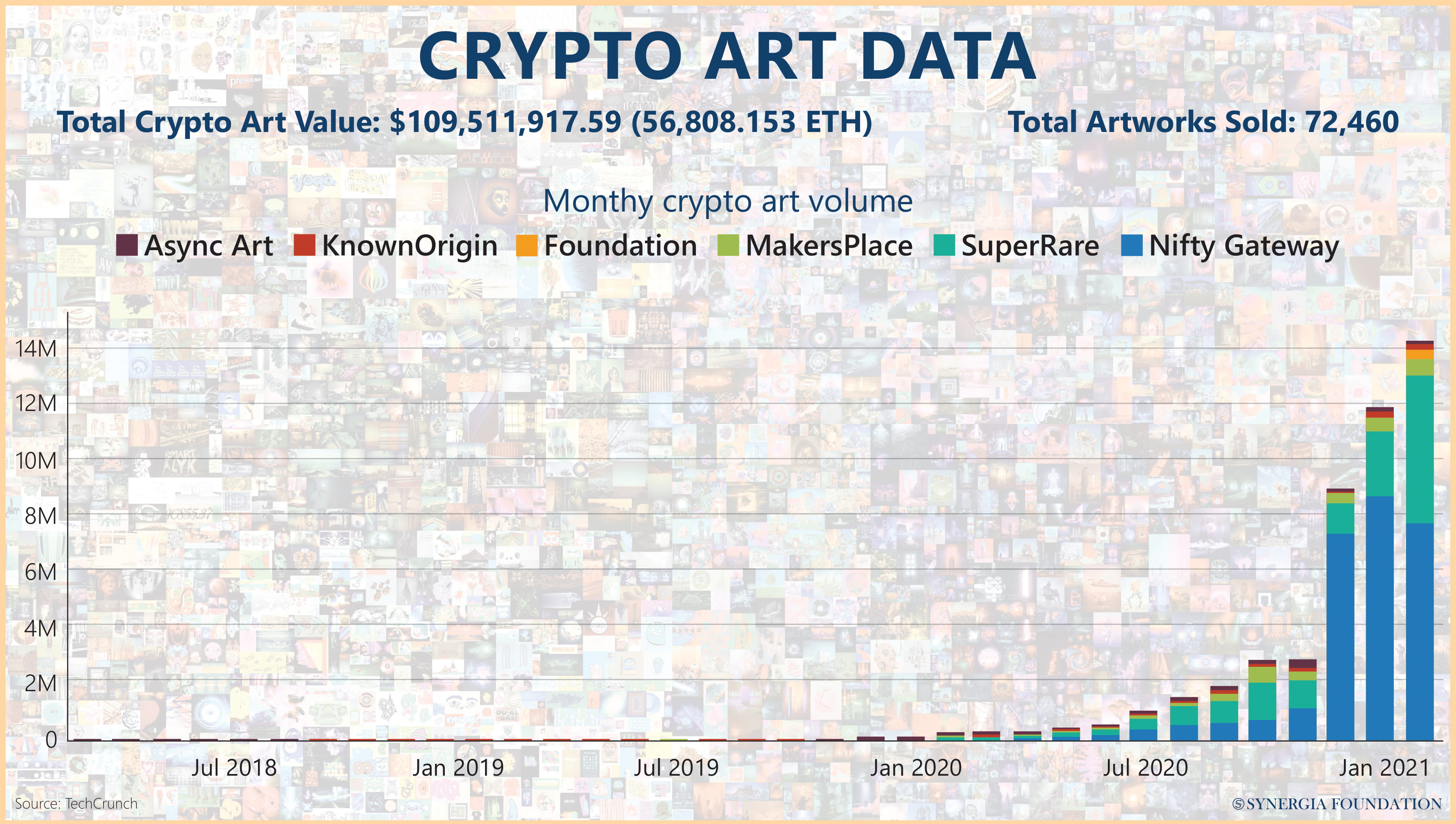 ARE NFTS A BIOHAZARD?

The answer is mining. Mining is a process through which each transaction or block is vetted and added to the target block chain. The computer should solve competitive computational puzzles, after which you will be rewarded with the transaction. The greater number of blocks are added to the blockchain, the more ‘work’ (energy) the computer uses to solve these puzzles.

At the beginning of crypto currency, it was a process that could run idly in the background of the computer, but now with the heavy network of finance blockchains created over the years, it needs immense amounts of electrical energy to run these computers. Professional miners now have entire warehouses and containers to generate power to make these computers work more efficiently and effectively.

The value that NFTs hold is from the energy that is spent making them. The environmental effects of such monumental energy consumption are alarming. Currently, NFT transactions use electrical power, which could light up the entire country of Argentina. There have been multiple solutions proposed, like bringing in green technology, using carbon offsets or making lifestyle changes to mitigate the energy consumption elsewhere to balance NFTS. Carbon offsets are loopholes wherein you vow to plant one tree or fund an eco- charity for every NFT you make. This is frivolous as it is not guaranteed that your tree will grow, and even if it does, it will be in a future which we are currently not sure if we have.