The second wave of the pandemic has dealt a severe blow to the green shoots of economic recovery.

The Indian Economy recorded its worst ever performance in over four decades and GDP for the year 2020-21 is estimated to have contracted by 7.3 percent. While the magnitude of the contraction is lesser than what was feared initially, this is the first time since 1980 that it has shrunk, largely due to the pandemic and subsequent nationwide lockdown imposed in April 2020.

In the first quarter of the last financial year, the economy had shrunk by over 24 per cent and in subsequent quarters it slowly, but steadily, recovered from the losses. In the final quarter of the year, the GDP numbers returned to a positive zone, and the economy expanded by 1.6 per cent. Unfortunately, the universal relief felt from the economic recovery in the final quarter and predictions for the year ahead will now be impacted by the onset of the deadly second wave. 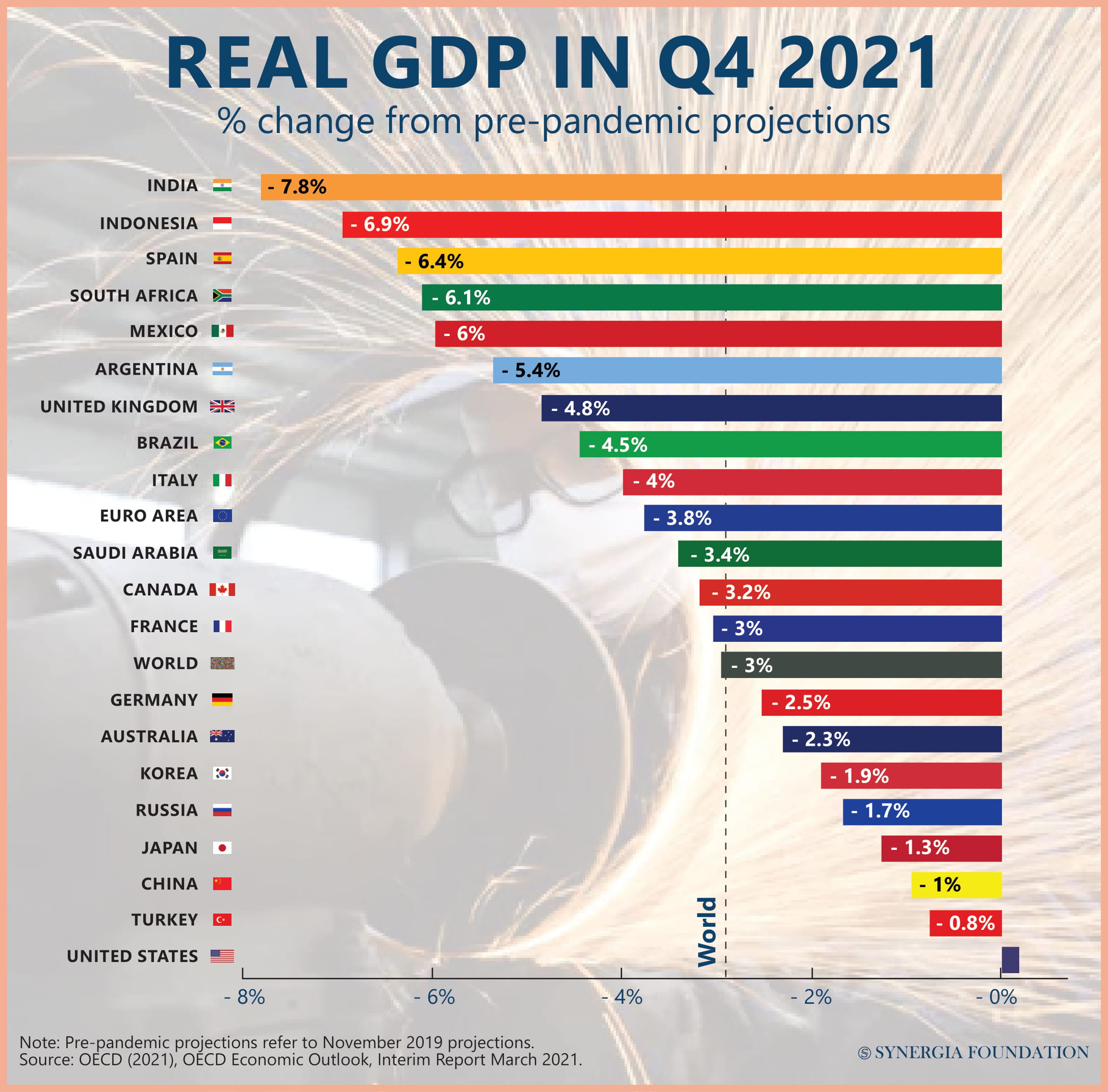 The fact that there was no nationwide blanket lockdown this time around would imply that the blow on the economy will be less stark than last year, but it could still be debilitating. Unlike last year which saw one massive fall and then recovery in the economy, the impact of the second wave will be more sustained and rebooting different states with varying levels of damage, human and economic, could be tricky. How long the second wave will last is still anybody’s guess at this juncture. Though the number of cases now thankfully display a downward trend, the devastation in terms of human lives and investor confidence is, arguably, far more severe this time, it seems.

Against this backdrop, it would be safe to assume that the heavy state expenditure on the ongoing public health care support and the proclaimed goal of universal vaccination by the end of this financial year would impose severe pressure on state finances to bolster the economy. The rural economy had escaped a battering during the first wave, as is indicated by the record harvests, with agriculture showing a positive trend that helped in reviving the economy.

The demand stability offered by the agri-economy built a strong backbone for recovery and core sector output after the first wave. However, this time the virus has spread its deadly tentacles into the rural heartland of India, although its overall impact is still to be fully assessed. It is critical to monitor rural economic indicators closely in the coming months and address any signs of distress at the earliest.

BOOMING MARKETS AMIDST A PANDEMIC

The Indian stock markets seem to be immune to the pandemic and the precarious economic situation that it has brought with it. In fact, in this pandemic situation, globally, there has been a huge influx of capital into the share markets. Foreign Institutional Investors are estimated to have invested over US$ 1 billion in Indian markets in the month of May alone when the country was reeling under an unprecedented number of deaths. This explains why Sensex and Nifty recorded highs of over 51,000 and 15,000 points, respectively.

The first wave destroyed billions in investor wealth and brought the market down on its knees, with stocks reaching record lows. Since then, there seems to be a massive reluctance to take up fresh investments and projects, leading to capital being pumped into the markets. While this is a global trend, in a developing economy like India, the lack of confidence to take up fresh investment could lead to serious consequences in terms of job creation and growth.

The booming markets may reflect a real economic problem and lack of confidence. These gains are also not tangible, and a rapid, uninterrupted flight of this market capital is a constant reality.

Scientists are predicting the 3rd wave as early as in the last quarter of this year. This has not helped to boost economic sentiment as the overall negativity generated by the disastrous second wave continues to linger in the mindset of the public. Getting an accurate and reliable damage assessment of the Indian economy as a result of the pandemic remains problematic. For instance, estimating job losses in the unorganised sector and the daily wage section of the population is excruciating. And, the impact the partial lockdowns have had in several urban centres on this section of the population will take time to unravel. In fact, most of these families and smaller businesses had exhausted their savings to rebuild from the first wave. 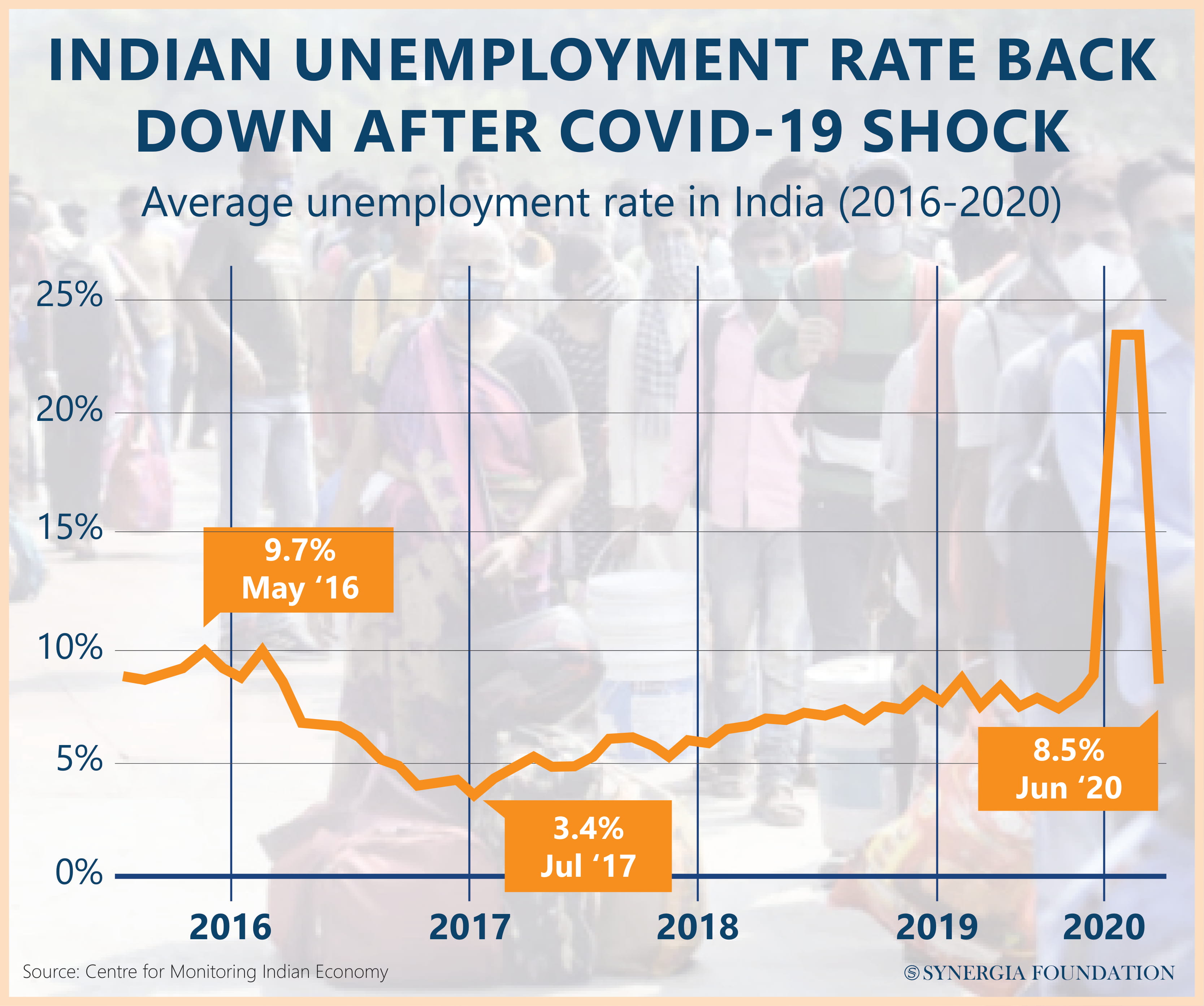 Whether they can do the same after the second wave remains a daunting question. The fact that when the pandemic struck, the Indian economy was growing at a sluggish pace of only 4 per cent (an 11-year low in terms of growth rate) has further handicapped the efforts for a rapid recovery. Evidently, the system has deeper issues that merit urgent redressal apart from the pressures imposed by the pandemic.

While economists have argued that it is imperative to put cash in the hands of the people to boost demand, it is not clear where central and state governments can find fiscal resources for such an exercise. Clearly, there is an economic crisis lurking in the shadows of the enormous humanitarian crisis facing the country, and it will require deft and humane handling at all levels of economic governance.