Sir David Omand, former Director of the Government Communications Headquarters (GCHQ), provided his predictions on how the cyber world will evolve and change over the next few years at the Synergia Conclave – Security 360.

Cybersecurity is the body of technologies, processes and practices designed to protect networks, computers, programs and data from attack, damage or unauthorized access. In a computing context, security includes both cybersecurity and physical security. 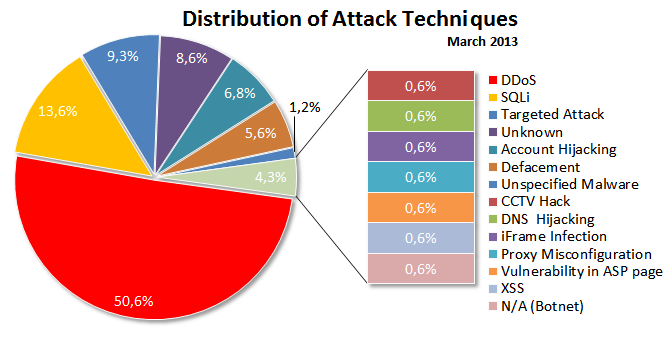 Sir David Omand, former Director of the Government Communications Headquarters (GCHQ), provided his thoughts on the changes that might occur that would affect the cyber world at the Synergia Conclave 2017. He said that he doesn’t expect any great changes in the current upward trends in internet assisted crimes such as fraud and internet enabled crimes such as ransomware.

He said, “Let me start by observing that I don’t expect great change to the current upward trends in internet assisted crime such as fraud and internet enabled crimes such as ransomware. There is a classic offence, defence & the answer is going on. And over the next few years, I do expect that offence is going to progress but alas the criminals are going to find it easier to get hold of the tools for cybercrimes. So, the race will continue.”

When it comes to tacking state-sponsored cyber-attacks, he said it will be extremely difficult for nations to stop. He stated, “It will be harder to stop the most sophisticated state sponsored cyber-attack. We saw North Korea identified as the origin of the attempted theft of over 900 Million dollars from the Central Bank of Bangladesh by hacking into the swift interbank payment system. The recent ransomware attack has also been attributed to North Korea; that attack has been intended more for its disruptive effect than in a hope of securing large ransoms and bitcoin. It is a pity that despite broad international consensus on the importance of securing cyber space, the UN group of experts failed to reach an agreement on what to do about it and I hope the next few years we will see a new global effect to ensure the safety and security of internet & internet based infrastructures.”

He predicted that terror sponsored cyber-attacks could become a reality within the next couple of years. He said, “We have also seen alas the Salafi jihadism, the global terrorist movement using the internet in a very sophisticated way to set propaganda to recruit supporters and to direct operation terrorist attacks using secured apps such as telegraph. Cyber-attacks on us could be conducted but that hasn’t really happened to a great extent so far, but if I look ahead 2-3 years I am afraid that is the upcoming trend.”

The key to cyber security could be in collaboration between governments and companies. He said, “On the positive side we have seen the major internet companies be willing to enter into discussions with government. It’s important that the industry and government work together for technical developments, keep cyber space a safe medium especially for children and young people. Now there is a more mature view emerging of high volubility’s for the authorities to have access under strict legal regulation to internet data in bulk and to detect new threats and to track down known terrorist and other suspects.”

He also briefly touched about blockchain technology and said, “I think we will know in next couple of years whether distributed ledger technology using Blockchains, mathematics is really going to be cost saving and secure. If it is, then it’s going to be a big change for many industries and government. It’s not that I am predicting that over the next 2- 3 years there would be successful implementation of the quantum computers. We just have to keep it in the back of our minds that when it does happen we are all going to have to learn and think very differently.”

Our assessment is that as the cyber world continues to evolve and change, there needs to be a greater collaboration between public and private stakeholders who can ensure the security of the digitized data.