Patrick Desbois, a French priest has been awarded the Lantos Foundation’s Human Rights Prize. He has been recognized for his work uncovering millions of previously..

Patrick Desbois, a French priest has been awarded the Lantos Foundation’s Human Rights Prize. He has been recognized for his work uncovering millions of previously unknown victims of the Nazi genocide.

Patrick Desbois is a French Roman Catholic priest. He is also the head of the Commission for Relations with Judaism of the French Bishops' Conference and consultant to the Vatican. Born in 1955, he graduated from university with a degree in mathematics in 1977. He entered the Grand Seminary of Prado in 1981 and was ordained as a priest in 1986.

Father Patrick Desbois then founded then Yahad-In Unum to research and uncover genocidal practices around the world. He has been on a quest to give a voice of protest on behalf of all past and present victims of mass murder. Yahad-In Unum was initially founded with the mission of locating the sites of mass graves of Jewish victims of the Nazi mobile-killing units in the former Soviet Union. He wrote a book named “Holocaust by Bullets: A Priest’s Journey to Uncover the Truth Behind the Murder of 1.5 Million Jews,” to chronicle the work. Desbois has also written a second book, which will be published in 2018, titled “In Broad Daylight: The Secret Procedures Behind the Holocaust by Bullets.” He received the Légion d'honneur, France's highest honor, for his work documenting the Holocaust.

The Lantos Foundation’s Human Rights Prize is named after Tom Lantos. A Hungarian-American, Lantos was the only Holocaust survivor to have served in the United States Congress. He served as a Democratic member of the United States House of Representatives from California from 1981 till 2008 when he passed away. The prize was instated in his honor.

The Holocaust was a genocide orchestrated by Nazi Germany under the leadership of Adolf Hitler during World War II. Jewish people were forcibly deported to concentration camps and made to work under inhuman conditions. Thousands were also gassed to death in gas chambers. The Holocaust systematically murdered some six million European Jews. 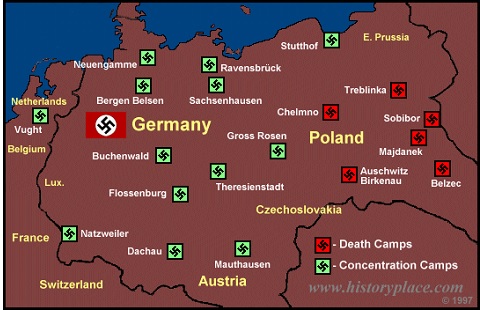 Desbois' interest in the Holocaust began because his grandfather was a French soldier who had been deported to the Nazi prison camp in Rava-Ruska during World War II. His grandfather, who did not speak about his time in the prison camp, helped raise Desbois. In order to understand the tragedy, he studied anti-Semitism at Yad-Vashem, and later Jewish religion and culture with Dr Charles Favre, a leader in the French Jewish community.

Lantos Foundation President Katrina Lantos Swett said that Father Desbois work was being recognized at a time when anti-semitism has been on the rise. She said, “At a time when anti-Semitic acts are surging globally, Father Desbois’ work is more important than ever. Exposing the truth, honoring the victims, and memorializing these events is a vital safeguard against a repetition of these horrors. The Lantos Foundation is honored to recognize him for this noble mission.”

Upon receiving the news that he would receive the award, Desbois said, “It is a proud moment to be recognized by such an active organization in the fight for human rights and decency. It is a fight we must, unfortunately, carry on, as the lessons of WWII have fallen on deaf ears on so many in Europe the US and across the world. However, I accept this award with steadfast hope that human decency coupled with history will eventually cure us of the disease called genocide.”

In recent months, there has been a surge in anti-seminitic and racist acts. Most recently, a number of white supremacist groups participated in a rally called Unite the Right in Charlottesville on August 12th and 13th 2017. Those participating in the rally openly chanted anti-seminitic comments (“Jews will not replace us”). On the second day of the rally, a man ran over a protestor named Heather Heyer with his car and killed her.

When Desbois claimed his award, he kept his remarks brief but he warned against sitting idly while genocides and atrocities are carried out in plain sight. “The more you advertise the crime, the less people act,” he said, adding “the bad people connect faster than the good people.”

Our assessment is that Father Desbois’ tireless work documenting the Holocaust is a great service to humanity. He has spent his life fighting against discrimination, bigotry, anti-semitism and genocide.