Australian Deputy Prime Minister Joyce and Prime Minister Turnbull are currently at odds and publicly feuding with one another. The cracks within the ruling coalition..

Australian Deputy Prime Minister Joyce and Prime Minister Turnbull are currently at odds and publicly feuding with one another. The cracks within the ruling coalition occurred when it was revealed that Joyce had an extra marital affair with a former staffer. In scathing language, Joyce derided the Prime Minister’s condemnation of his behaviour as “inept”.

This was in response to Turnbull’s announcement that there would be a ministerial code of conduct introduced in the country.

Australian Prime Minister Malcolm Turnbull assumed office after winning a leadership vote against Tony Abbot in 2015. He was elected into office at the 2016 elections as leader of the Liberal-National Coalition. The coalition won a parliamentary majority by one seat in the elections. In 2017, the government briefly lost this majority after two MPs including Deputy Prime Minister Barnaby Joyce were disqualified for holding a dual citizenship. Both MPs won by-elections and regained their seats by the end of the year.

Since assuming office, Turnbull has signed refugee deals with the Obama administration, and legalised same-sex marriage. He is thus considered to be a part of the more moderate wing of his party. However, his stance on issues such as energy remain relatively conservative. Most recently, Turnbull came under fire over the lack of progress made on indigenous rights.

Aboriginal leaders such as Noel Pearson have raised issue with statements made by the Prime Minister on Tuesday, when he said that “a representative body available only to Indigenous Australians” would be inconsistent with a fundamental principle of [Australian] democracy”. Pearson called the leader out for being “deceitful” in previous negotiations regarding the issue.

Deputy PM Barnaby Joyce is known for his espousal of “traditional family values”. He has served in the cabinet under the Abbot and Turnbull governments and was elected as leader of the National Party in February 2016. 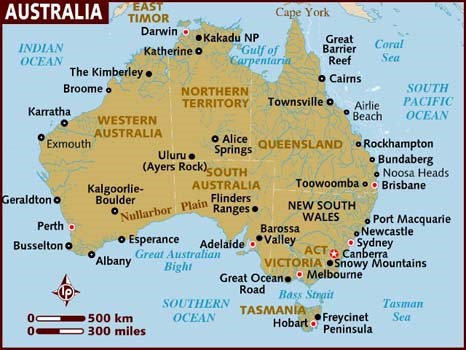 Earlier this week, Joyce drew media attention after his extra-marital affair with a former member of staff was revealed. The Deputy Prime Minister acknowledged the relationship on Tuesday, while apologising to his family, his party, and the public.

On Thursday, Prime Minister Turnbull announced a new ban on personal relationships between ministers and their staff.

“Ministers must recognize that while they are entitled to privacy in personal matters, they occupy positions of great responsibility and public trust,” he said. “The public have high expectations of them in terms of their personal conduct and decorum.” Turnbull emphasised that the ministerial code of conduct needed to be updated to reflect more modern workplace values. “Today, in 2018, it is not acceptable for a minister to have a sexual relationship with somebody who works for them,” he added.

However, in what some have called a “planned character assassination”, Turnbull also made personal comments regarding the consequences of Joyce’s actions on his family. On Friday, Joyce responded to these comments, calling them “inept” and “unnecessary”. Joyce has denied all allegations of misconduct and dismissed any speculation that he will resign. “I don’t believe people should be resigning in any job over personal issues,” he said. Joyce can only be made to resign if his party members vote against him; however, none have called for his resignation thus far.

Meanwhile, public faith in the parliament appears to be at an all-time low. The scandal has raised questions regarding Canberra’s working culture. Some pointed out that Joyce claimed much more travel allowance than other leaders, leading to questions as to whether taxpayer money was being used to facilitate the affair.

More important, perhaps, is what this means for the coalition. According to the opposition leader Bill Shorten, the coalition is “in crisis” and “eating itself alive”. "When the two most senior leaders of the government hate each other and are criticising each other, the interests of the  people of Australia are not being served," Shorten said.

Turnbull insists that the coalition is “very strong”, and analysts have said that it is unlikely to fall apart over this issue. However political lecturer at Notre Dame University, Martin Drum, told Bloomberg that it “can’t be ruled out”.

Joyce is currently on a leave of absence and will not accompany Turnbull to Washington for talks next week.

Our assessment is that this issue may be damaging to the unity of the ruling Turnbull government. Some believe that Joyce has alienated his main demographic by failing the “family values” he stood for. It is possible that allegations of improper use of taxpayer money will lead to further investigations. Meanwhile, if Joyce is forced to resign, the Turnbull government will lose their parliamentary majority, and this could result in a political crisis.