Computer vision, the way of future?

As Computer Vision continues to develop and evolve, companies now believe they can revolutionize navigation. Augmented Reality is an enhanced version of reality where..

As Computer Vision continues to develop and evolve, companies now believe they can revolutionize navigation.

Augmented Reality is an enhanced version of reality where live direct or indirect views of physical real-world environments are augmented with superimposed computer-generated images over a user's view of the real-world, thus enhancing one’s current perception of reality.

It is related to a more general concept called computer-mediated reality, in which a view of reality is modified (possibly even diminished rather than augmented) by a computer. Augmented reality enhances one’s current perception of reality, whereas in contrast, virtual reality replaces the real world with a simulated one. Augmented reality is used in order to enhance the experienced environments or situations and to offer enriched experiences.

Computer Vision is a field of Artificial Intelligence and Computer Science that aims at giving computers a visual understanding of the world. Computer vision tasks include methods for acquiring, processing, analyzing and understanding digital images, and extraction of high-dimensional data from the real world in order to produce numerical or symbolic information, e.g., in the forms of decisions.

The Global Positioning System (is a space-based radio-navigation system owned by the United States government and operated by the United States Air Force. It is a global navigation satellite system that provides geolocation and time information to a GPS receiver anywhere on or near the Earth where there is an unobstructed line of sight to four or more GPS satellites. 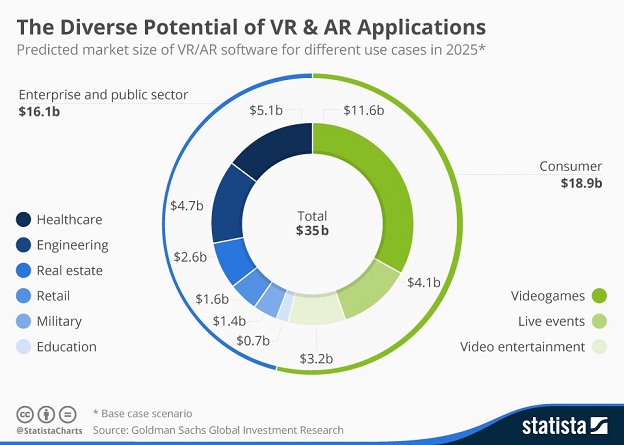 Blippar is a technology company specializing in augmented reality and computer vision, the field within Artificial Intelligence (AI) focused on understanding sight and recognizing the world in front of you. Blippar has developed a technology called "urban visual positioning" that reportedly has twice the accuracy of a normal GPS device.

The company states, “The system uses computer vision to accurately estimate the pose of a user’s phone in an urban scenario, meaning its location (latitude and longitude) and orientation with respect to the surrounding environment. It is designed to power the new generation of location-based AR, which requires precise pose estimation to overlay complex virtual content onto physical shops, tourist attractions and any other point of interest in our cities.”

This is one of the many companies that are making use of newer technologies that aid computers at getting better at recognizing faces and shapes. Computers now can make specific distinctions that wasn’t possible even a few years ago. This could potentially change the way we interact with the world.

From the Google Glass, which ultimately failed to the runaway hit mobile game Pokemon Go, Augmented Reality has repercussions beyond just gaming.

"Historically, computers have understood and organised text data," says Ian Hogg, principal analyst at research firm IHS Markit. "But in recent years we've seen computers organise photos based on understanding the composition - whether they are mostly beaches, forests, people and so on. Now they're moving into real-time analysis - such as the Microsoft Translate app recognising a sign and translating it instantaneously."

Danny Lopez, Blippar's chief operating officer says that computers can be trained to interpret those patterns. He notes, “This involves breaking down thousands and thousands of images into pixels then using algorithms to teach the machine the difference between a human, a house or a car.”

However, this technology isn’t without its challenges. Much of AR technology works only with a headset and currently they are big, clunky and awkward.

Our assessment is that computer vision is likely to change multiple industries across the world including navigation and medicine. It will change the way we interact with our surroundings and the way we connect to one another.