Bogota is asking the UN for help in order manage the massive influx of Venezuelan migrants. The Bolivarian Republic of Venezuela is located in northwest South America. In 2017, the UN estimated that the country is home to over 31 million people. The country stretches across over 900,000 square kilometres. It is bordered...

Bogota is asking the UN for help in order manage the massive influx of Venezuelan migrants.

The Bolivarian Republic of Venezuela is located in northwest South America. In 2017, the UN estimated that the country is home to over 31 million people. The country stretches across over 900,000 square kilometers. It is bordered by the Caribbean Sea in the north, and Columbia, Guyana, and Brazil in the west, east, and south respectively. Venezuela was colonised by Spain in 1522 and became the first Spanish territory to declare independence from the empire in 1811.

Despite having the world’s largest oil deposits, many Venezuelans live in abject poverty. The former President Hugo Chavez was in office from 1999 to 2013. In that period, billions of dollars were spent on generous social programs. However, since his successor Nicolas Maduro took office, there has been a rise in inflation and a shortage of basic goods. A drop in oil prices has added to the administration’s problems.

Since 2014, there have been recurrent protests against the government. Detractors blame the current administration’s economic policies for the crisis. The country also experiences a high level of urban violence. Since 2017, these protests have increased amidst declining quality of life and increasing scarcity of basic resources. This has triggered a massive exodus of Venezuelans to neighbouring Brazil and Colombia, which has caused clashes in the respective borders. 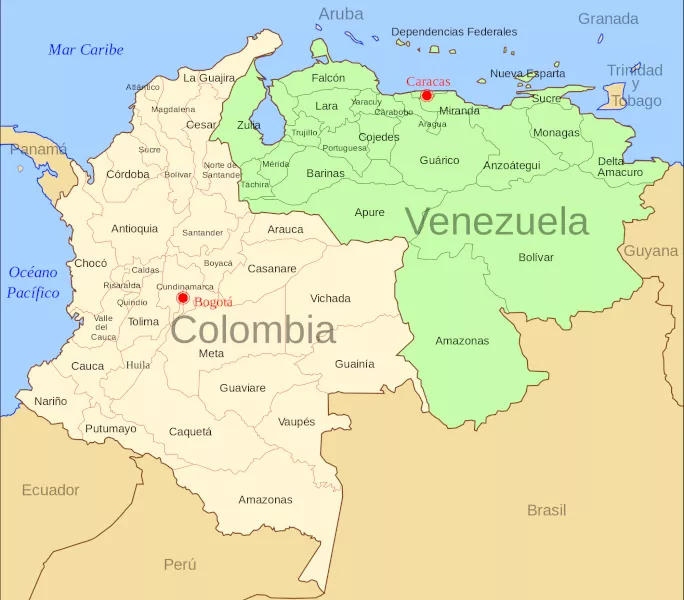 Read more on our extensive analysis of the Venezuelan Refugee Crisis here.

Colombia is asking the United Nations to intervene as it steps up efforts to manage the Venezuelan migrant crisis, Foreign Minister Carlos Holmes Trujillo said on Wednesday.

“We’re going to continue to request the appointment of a special envoy … to coordinate a multilateral action to combat this humanitarian crisis,” Holmes Trujillo told Blu Radio.

Holmes Trujillo said the government would submit a proposal at the U.N. General Assembly in New York next month, and will also push for the creation of “a multilateral emergency fund” to support the hundreds of thousands of Venezuelans risking perilous conditions to flee the economic crisis in their homeland.

Colombia has already called on its southern neighbours, Ecuador and Peru, to agree on a common strategy to address the problem.

More than 2 million people have fled food and medicine shortages as well as collapsing public services in Venezuela, the U.N. says.

More than a million have entered Colombia in the last 16 months alone as President Nicolas Maduro’s Venezuela grapples with a four-year recession and hyperinflation.

Colombia has given temporary residence to more than 800,000 Venezuelans but many of those hopes to travel further afield to Peru, Chile and even Argentina.

Ecuador announced on Tuesday it would organize a meeting of 13 Latin American countries to discuss the migrant crisis, with Venezuela invited alongside those most affected and regional giants such as Brazil, Argentina, and Mexico.

In Maracaibo, Venezuela — a city once called the Saudi Arabia of Venezuela for its vast oil wealth — residents now line up to buy spoiled meat as refrigerators fail amid nine months of rolling power outages that recently got worse.

As Venezuelans endure the worst economic downfall in the oil-rich country’s history basic services like running water and electricity have become luxuries.

The migrants are escaping a steadily declining quality of life and an administration which chooses to implement half-baked economic policies.

Colombia, along with Brazil, represents a collective safe haven for the escaping Venezuelans, despite having political and economic issues of their own.

Colombia’s request for help is genuine in the face of an incoming wave of migrants. It is difficult to speculate when this refugee crisis will slow down or end, therefore Colombia must be aided in preparing a long-term solution to resettle and rehabilitate the incoming migrants.

Our assessment is that Colombia’s request for help is based on their calculations on hosting over a million Venezuelans for an indefinite period of time. Colombia itself is recovering from the scars of its 54-year old conflict with FARC and it will require all the assistance it can get. Additionally, Brazil’s political turmoil is hampering its ability to assist its neighbours in this hour of need, and we feel that the UN will have to provide emergency medical supplies and sanitation infrastructure from the WHO in the coming weeks.