On March 11, Colombia’s right-wing candidate Ivan Duque and leftist Gustavo Petro were elected to lead their respective coalitions in the May presidential election after winning primaries.

On March 11, Colombia’s right-wing candidate Ivan Duque and leftist Gustavo Petro were elected to lead their respective coalitions in the May presidential election after winning primaries.

Colombia is a sovereign nation situated in South America, with certain regions extending into Central America. Colombia shares a border with Panama, Venezuela, Brazil, Ecuador, and Peru. Colombia is one of the most ethnically and linguistically diverse countries in the world. It also encompasses the Amazon rainforest, tropical grassland, and both Caribbean and Pacific coastlines.

Colombia is the fourth-largest economy in Latin America. It is part of the CIVETS group of six leading emerging markets and is a member of the United Nations, the World Trade Organization, the Organization of American States, and the Pacific Alliance. Colombia has a diversified economy with macroeconomic stability and favorable growth prospects.

Colombia’s first permanent European settlement was established in 1525. In 1819, with the defeat of the Spanish army, Colombia became an independent nation comprising the territory of the former vice-royalty.

The political history of Colombia has been dominated by two opposing groups, which were divided into the Liberal Party and the Conservative Party, linked to the followers of Simón Bolívar, Colombia's liberator and first president.

Colombian politics is known for its violence and its inability to peacefully resolve political differences. Three presidential candidates were assassinated during the 1990 campaign. Colombia wrote a new Constitution in 1991, and several guerrilla groups entered local politics thereafter. Shortly after, drug lords such as Pablo Escobar, the leader of the powerful Medellín drug cartel, came to replace guerrilla leaders as the main threat to political and social stability.

The 2002 presidential elections were primarily about strategies to put an end to violence and to effectively combat the growing influence of drug cartels across Colombia. Post which, the primary election method has been practiced.

A primary election is the method by which the public indicates their preference for a candidate in an upcoming general election, where the power of candidate nomination is taken from party leaders to the people. However, political parties control the method of nomination of candidates. 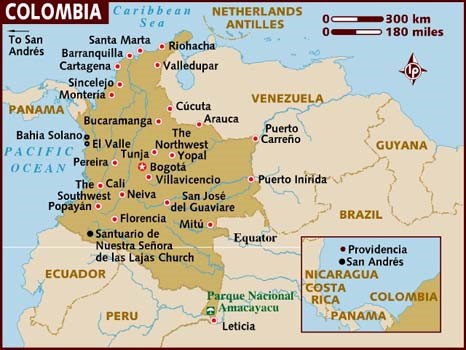 Many Colombians were seen to have voted strategically in the primaries, in hopes of influencing the candidate selection for the presidential vote on May 27, 2018. Some voters protested the shortage of ballots for the primaries.

Ivan Duque, who is known as a protégé of former President Alvaro Uribe and the leader of the Democratic Center party, beat his fellow candidates Marta Lucia Ramirez and Alejandro Ordonez for his party’s nomination by receiving more than 3.9 million votes. Gustavo Petro, former member of the disbanded M-19 guerrilla group and former mayor of Bogota, defeated Carlos Caicedo for their left-wing coalition’s nomination, with 2.7 million votes. Nevertheless, Duque and Petro are among several other candidates running for the presidency, including former mayor of Medellin Sergio Fajardo and ex-vice president German Vargas Lleras.

Our assessment is that Colombia is known for high voter absenteeism. Approximately, just over 40% of eligible voters participated in the legislative elections. While Duque’s vote tally was impressive, it is still too early to tell who will be in the running to win the May 27 presidential election. However, it is believed that the nominated candidates have a common focus on health, education, combating corruption, and economic growth.