Climate change comes at a cost

A federal government report has warned that Climate change could cost the US hundreds of billions of dollars and result in the deaths every year by the end of the century unless there is a shift to curb greenhouse gas emissions. Climate change refers to a variation that occurs in the Earth’s climate. It is a change in the statistical...

A federal government report has warned that Climate Change could cost the US hundreds of billions of dollars and result in the deaths every year by the end of the century unless there is a shift to curb greenhouse gas emissions.

Climate change refers to a variation that occurs in the Earth’s climate. It is a change in the statistical distribution of weather patterns when it lasts for an extended period or a short period of time. Global warming is the observed century-scale rise in the average temperature of the Earth's climate system and its related effects. Multiple studies published in peer-reviewed scientific journals show that 97 per cent or more of actively publishing climate scientists agree that climate-warming trends over the past century are incredibly likely to be caused due to human activities.

Climate change poses a fundamental threat to places, species and people’s livelihoods. Sea levels are rising, and oceans are becoming warmer. Longer, more intense droughts threaten crops, wildlife and freshwater supplies. From polar bears in the Arctic to marine turtles off the coast of Africa, our planet’s diversity of life is at risk from the changing climate.

The Paris Agreement is an agreement within the United Nations Framework Convention on Climate Change (UNFCCC) dealing with greenhouse gas emissions mitigation, adaptation and finance - starting in the year 2020. The Agreement aims to respond to the global climate change threat by keeping a global temperature rise this century well below 2 degrees Celsius above pre-industrial levels. The US is the only nation that has withdrawn from the Paris accord. 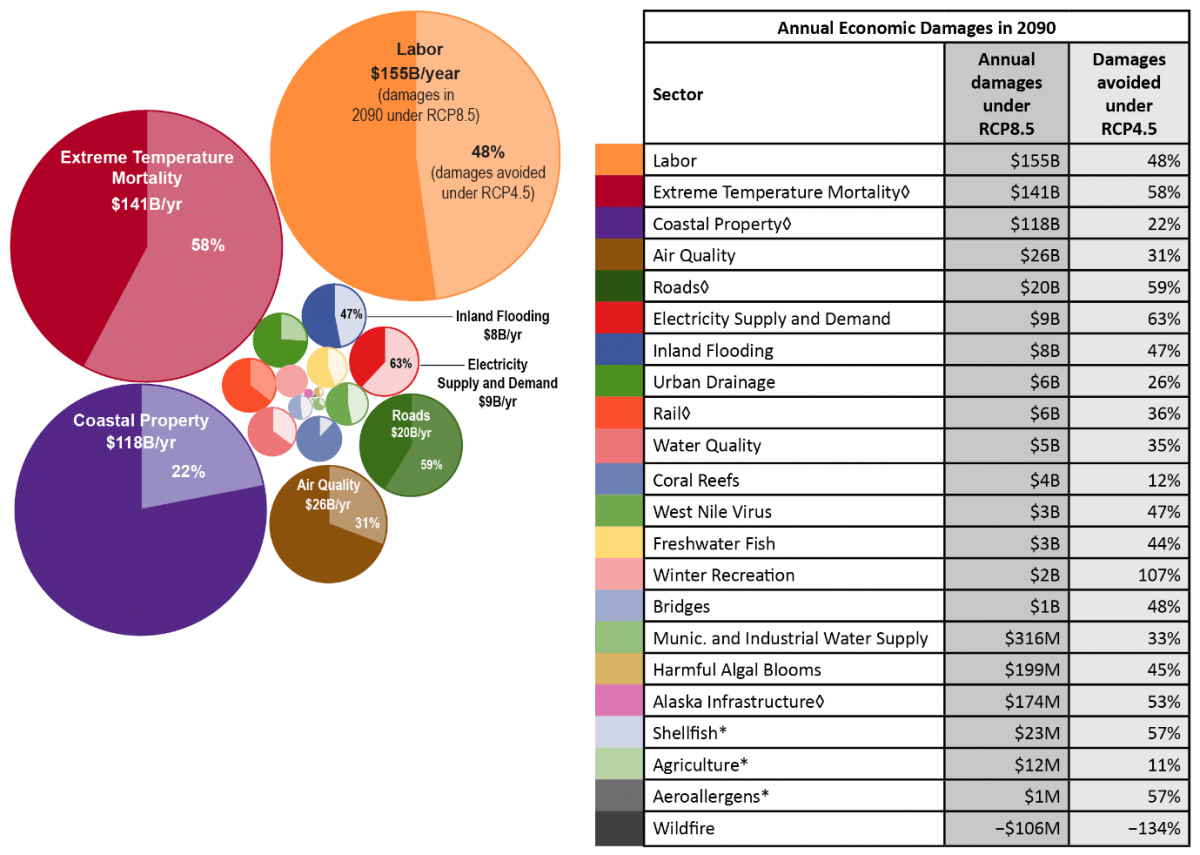 A recent US government report has revealed that unless more is done to reduce carbon emissions drastically, the United States will be subject to natural, economic and public health disasters caused by climate change. "Without substantial and sustained global mitigation and regional adaptation efforts, climate change is expected to cause growing losses to American infrastructure and property and impede the rate of economic growth over this century," the Fourth National Climate Assessment said.

This report was written by government scientists working for agencies including NASA and other defence and energy departments. It details how rising temperatures threaten to lower agricultural yields, increase the likelihood of flooding and wildfires, impede energy production and increase the prevalence of tropical diseases across the country.

The 1,600-page report directly connects climate change to the present ongoing issues like declining water levels in the Colorado River Basin and the spread of ticks carrying Lyme disease, phenomena that are currently costing Americans resources and lives.

According to the report, if greenhouse gas emissions were to increase steadily for the rest of the century, maintaining the same past trends, the total cost to the US could be 2.5 per cent of the country’s gross domestic product. This estimate refers to up to $500 billion a year in crop damage, lost labour, and extreme weather damages. This is almost double the economic blow of the Great Recession in the early 2000s.

The underlying message of the report is that climate change has a severe effect on society and “Future risks from climate change depend primarily on decisions made today.” Many other environmentalist organisations and groups have welcomed this report. Abigail Dillen, head of Earthjustice, told the Reuters news agency the report underlined that "climate change is real, it's happening here, and it's happening now." Besides, the European Environment Agency had also predicted similar effects of global warming in Europe.

However, this report contradicts President Trump’s views as he has repeatedly denied climate change as a Chinese hoax.

Though the report highlights the need for an immediate action to curb carbon dioxide emissions to maintain global atmospheric temperatures, it does not make policy recommendations.

A White House spokesperson downplayed the report’s significance, telling the BBC that it was “largely based on the most extreme scenario, which contradicts long-established trends by assuming that... there would be limited technology and innovation, and a rapidly expanding population.”