Australian Prime Minister Malcolm Turnbull declared the right of the Australian navy to travel the South China Sea, after three Australian warships were challenged by the Chinese navy earlier this month.

The South China Sea is at the heart of a land and water dispute between China, the United States, and many Southeast Asian nations. China’s claim to the region is historic going back to the Xia and Han dynasties. The US has maintained that region as part of the international waters. Other countries that are involved in the South China Sea dispute include Malaysia, Indonesia, the Philippines, and Vietnam. Vietnam has become the most vocal critic of China’s claims to the sea.

One of the reasons why the South China Sea is so vital to these countries is due to the strategic advantage it provides. If China had complete control of the region, then it would be able to control a major trade route. It would be able to disrupt trade shipments that pass through this region to East and Southeast Asia. Currently, US$5.3 trillion worth of trade passes through the South China Sea. 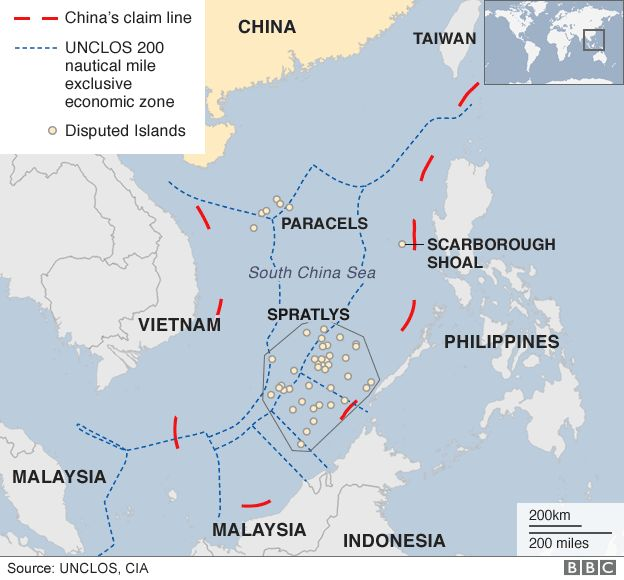 The Australian prime minister stated that his country has a "perfect right" to cross the South China Sea after local media reported that the Chinese navy challenged three Australian warships (HMAS Anzac, HMAS Toowoomba, and HMAS Success) in the disputed waterway. The People's Liberation Army (PLA) navy "challenged" two Australian frigates and an oil replenishment ship as the Australian vessels were traversing to Vietnam.

An Australian defense official explained that the "exchanges with the Chinese were polite, but robust."

Prime Minister Malcolm Turnbull said: "All I can say to you is that Australia asserts and practices its right to freedom of navigation throughout the world's ocean, including the South China Sea."

China's Defense Ministry confirmed the incident took place but denied the version of events reported in the Australian media. "On April 15, Chinese naval ships encountered Australian warships in the South China Sea," the statement said. "When communicating with the Australian ships, the Chinese ships used professional language, and their operations were professional and safe in accordance with law and regulations."

In a statement, the Australian Defense Department acknowledged the three vessels were in the South China Sea in recent weeks but refused to comment on "operational details" on the ships. "The Australian Defense Force has maintained a robust program of international engagement with countries in and around the South China Sea for decades. This includes bilateral and multilateral military exercises, port visits, maritime surveillance operations and ship transits." the statement said.  “As they have done for many decades, Australian vessels and aircraft will continue to exercise rights under international law to freedom of navigation and overflight, including in the South China Sea.”

Presently, the Australian ships are carrying out a three-day visit in Ho Chi Minh City, Vietnam. In the past, Australian air force jets have been confronted by the Chinese. However, this was the first time that navy vessels were reportedly challenged.

Recently, China carried out a massive military drill in the South China Sea, where its claims are contested by Vietnam as well as the Philippines, Malaysia, Brunei, and Taiwan. China’s construction of islands and military facilities in the South China Sea have initiated worries that Beijing is looking to limit free movement and extend its strategic reach. This is significant considering US$3 trillion worth of trade pass through the waterways.

In the past, the United States has directed “freedom of navigation patrols” through the South China Sea, fueling tensions with China which claims that it will protect its sovereignty.

The latest confrontation comes at a time when relations between China and Australia are turbulent. "There has been a degree of tension in the relationship which has arisen because of criticism in China of our foreign interference laws," Turnbull stated. His remarks followed reports in local media that Australian ministers had been denied visas that would have allowed them to attend China's signature Boao Forum in Hainan province.

In response to this, the Chinese government has opposed a new set of laws, currently under consideration, by Australia to tackle interference by foreign nations in their politics. Although Turnbull exclaimed that those laws are not targeted at any one country, the legislation came after a series of disputes over large donations to Australian politicians by Chinese businessmen.

Our assessment is that the South China Sea dispute is political. However, if nations such as Australia do not counter challenge China’s territorial ambitions in the region, then China could make the argument that the international community has acceded to China's claims. The latest confrontation between Australia and China comes at a time when the relations are tense due to the foreign interference laws. Australia maintains that the US will remain crucial to its security, but also states that it must build even deeper links with China. We believe that Australia is likely to ensure that economic tension between the US and China does not fuel strategic rivalry or damage its multilateral trading system. Australia must take measures for its own security and prosperity. Does Australia’s current stance in the South China Sea challenge mean that it is enhancing its role as a powerful player in the region?