Coinciding with the twentieth anniversary of its internecine war in Afghanistan, the United States is preparing to withdraw all its troops by September 2021. The retreat of American troops threatens to leave a power vacuum in its wake. This may allow regional players like China to leverage their influence in Kabul.

Dating back to the Han dynasty, Sino–Afghan relations have mostly been peaceful, with trade flourishing along the historic Silk Road. In the second world war, the two countries had fought together against an imperialist Japan. Bilateral ties were temporarily affected by the Sino-Soviet split in the Cold War period, followed by the Soviet invasion of Afghanistan. However, relations were restored after the withdrawal of Soviet troops.

In the aftermath of the 9/11 attacks, when America launched its Afghanistan war, there was limited involvement by Beijing in the political affairs of Kabul. Nevertheless, trade relations continued to prosper. 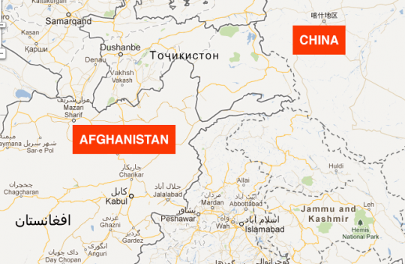 As the withdrawal of U.S. troops becomes imminent, China apprehends a deteriorating security situation in the region. There are several critical interests in Kabul that it is keen to preserve.

For one, it seeks to prevent Afghanistan from becoming a safe haven for South and Central Asian militants. Otherwise, there may be a spill-over of religious extremism into Xinjiang. In the absence of a relationship with the Taliban, Afghanistan’s territories may be used to fuel the East Turkestan movement by Uighur separatists.

Another security concern that Beijing hopes to address is the ‘Golden Crescent’ corridor between Afghanistan, Iran and Pakistan, which is used as a gateway for funnelling drugs into China.

Stability in Afghanistan is vital for facilitating the Dragon’s geo-economic ambitions in Central Asia through the Belt and Road Initiative (BRI). Chinese companies are also interested in harnessing minerals from the rich Afghan soil. The natural resource industry in the country is valued at $1 trillion.

To secure these interests, China has actively participated in the Afghan peace process. It has held trilateral/quadrilateral dialogues with relevant stakeholders. Beijing has also fostered ties with the Taliban by amplifying its financial prowess and political capital. Bolstering relations with Islamabad has been high on the agenda, owing to the latter’s historic position as a mediator between the Taliban and other warring factions.

Given its expanding profile in Afghanistan, China has stoked fears of emerging as a strategic challenger to the U.S. in this region.

Beijing has downplayed rumours of its mounting clout in Afghanistan. According to it, the government continues to promote an ‘Afghan-led, Afghan-owned’ peace and reconciliation process. Projects like the BRI have been advertised as initiatives that promote development and infrastructure schemes, with no underlying geopolitical motives.