China is currently providing strategic assistance to the government of Grenada, a small island state near United States. Chinese authorities on a national development plan for the island to..

China is currently providing strategic assistance to the government of Grenada, a small island state near United States. Chinese authorities on a national development plan for the island to boost its infrastructure.

Is this move a subtle challenge for the US?

United States and China are two of largest economies in the world. Both countries consider the other as a partner in trade and a challenger in geopolitics. In contemporary times, the two countries have established a robust framework of trade. Currently, the US-China trade relationship supports around 2.6 million jobs in the United States. In 2015, China purchased $165 billion in goods and services from the United States in 2015.

In 2017, the ties between US and China have been tense during periods. US President Donald Trump has often lamented over the deficit in trade with China. He has also called out China for not engaging in reciprocal and fair trade. The US President has also engaged in increasingly protectionist rhetoric. He pulled US from the Paris Climate Agreement (making it the only nation not to ratify it). He has also pulled the US from the TPP and has threatened to end NAFTA.

Grenada is a sovereign state in the southeastern Caribbean Sea consisting of the island of Grenada and six smaller islands at the southern end of the Grenadines island chain. In 1983, the US led an invasion in Grenada. Invasion occurred as Washington feared that there was increasing influence of Soviet Union and Cuba in the region. The invasion resulted in the appointment of an interim government, followed by democratic elections in 1984. The country has remained a democratic nation since then. Grenada has a largely tourism-based, small, open economy. Over the past two decades, the economy has shifted from one of agriculture-dominant into that of services-dominant, with tourism serving as the leading foreign currency earning sector. 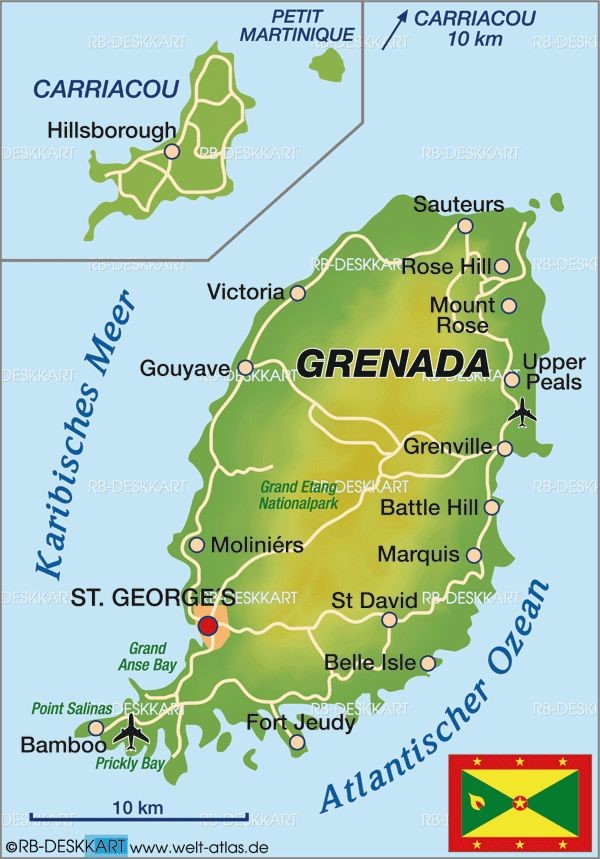 In contrast to the US President, the Chinese President Xi Jinping has been advocating for free trade and globalization increasingly in 2017. Jinping has positioned China increasingly in the global stages especially in the advent of the Trump Presidency. In January 2017, he advocated on behalf of climate change and the Paris agreement noting, “The Paris agreement is a milestone in the history of climate governance. We must ensure this endeavor is not derailed. All parties should work together to implement the Paris agreement. China will continue to take steps to tackle climate change and fully honor its obligations.” He has also positioned himself as a defender of free trade. Earlier this year he noted, “Pursuing protectionism is like locking oneself in a dark room. Wind and rain may be kept outside, but so is light and air.”

In addition, China has also increased its global footprint with the introduction of the One Belt One Road project (OBOR) and has made investment in countries like Sri Lanka. In December 2017, the Chinese government confirmed that it was helping Grenada draft a national development strategy. According to Chinese authorities, this step has been taken on the behest of the Grenadian government. The Chinese government said that the Grenadian government “assumed the primary responsibility for the development of their own country” and that China was “willing to provide necessary assistance to their economic and social development upon request”.

Wang Yingjie, a lead researcher involved in the drafting of the Grenada national development strategic plan, told the Post this month the plan had been finished recently and “should be in the hands of the Grenadian government already”. According to this plan, Beijing will help the small island state build and develop massive infrastructure projects. There are plans in the pipeline to build a highway that will connect all the small towns with the main city. It will also be building deepwater ports that are large enough to accommodate cruise and cargo ships. Wang, has noted that the blueprint was based on Grenada’s current level of economic development. He has also stated that these goals were achievable in another decade or so.

A Grenadian hotel manager was quoted by SCMP as noting, “We need development. For development we need investment. It can come from China or any country. We can’t accept an agreement unless it is made on the basis of mutual respect to achieve mutual benefits.”

Dr Tan Daoming, an assistant researcher with the Chinese Academy of Social Sciences’ Institute of Latin American Studies in Beijing noted, “Grenada is one of the worst victims of US military intervention in recent decades. It spurred the rise of left-wing parties and anti-American sentiments which swept across almost all Latin America.”

Jared Ward, a historian at the University of Akron who has studied China’s Caribbean relations during the cold war said, “At a time when Washington is accusing China of bullying smaller countries in the South China Sea, Beijing has repeatedly held the Caribbean up as an example of America’s history of big-power chauvinism. However, China has also been the target of criticisms common to its efforts elsewhere in the developing world. Local companies are often shut out of projects; all contracts are awarded to Chinese companies through a secretive bidding process. Furthermore, Chinese job creation promises often fall short and rely primarily on Chinese nationals.”

Our assessment is that China continues to make inroads in increasing its influence beyond Asia. Its partnership with Grenada, which is strategically close to the United States, may be perceived as a challenge by Washington. The development proves that as US withdraws from a more global role, China has signaled its intent in filling that position.