Integrating the two Special Administered Region (SAR) cities with mainland Chinese cities will be a massive program which will curtail the semi-autonomous status of Hong Kong and Macau. Hong Kong is an autonomous territory that holds a separate political and economic system from...

Integrating the two Special Administered Region (SAR) cities with mainland Chinese cities will be a massive program which will curtail the semi-autonomous status of Hong Kong and Macau.

Hong Kong is an autonomous territory that holds a separate political and economic system from China. Under the principal – One Country, Two Systems – it exercises its own independent executive, legislative and judiciary powers. However, it comes under China for foreign affairs as well as military defense.

Historically, Hong Kong was part of Imperial China. In 1841, the last imperial dynasty, admitted defeat when the British Empire seized the Hong Kong Island. From 1842 to 1941, Hong Kong was formally ruled by the British. The lease stipulated that Britain would leave the territory in 1997 and the two countries signed Sino-British Joint Declaration in 1984 negotiating the terms of this release. The “one country, two systems” infrastructure was thus established.

In 2014, there were a series of mass protests that took place in Hong Kong that came to be known as the Umbrella Revolution. Largely organized by students, it was against the kind of reforms that had been proposed for Hong Kong’s electoral system. Those protesting it claimed that was a move to curtail the region’s democratic values.

Carrie Lam, the current Chief Executive of Hong Kong was China’s preferred candidate and won a highly restricted election. She has been criticized by detractors for being a pro-Chinese government. 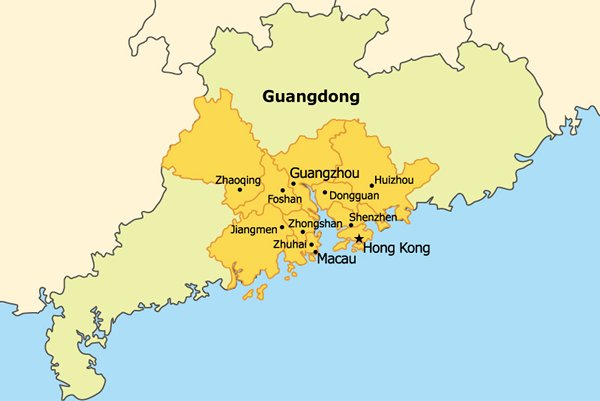 The “Greater Bay Area” is an attempt to create an economic cluster rivalling those in San Francisco and Tokyo, by deepening links between China’s former European colonies and nine cities in neighbouring Guangdong province.

The project has plenty of strong arguments from an economic standpoint. Hong Kong offers capital-markets expertise, the technology hub of Shenzhen is bursting with cash-hungry start-ups, and Macau’s is the world’s biggest gambling centre. While Hong Kong boasts the world’s most unaffordable real estate, cheaper labour in mainland cities and property prices.

Combined, the region accounts for just 5 percent of China’s 1.4 billion people but generates more than 12 percent of its GDP. Hong Kong and Macau represent a gateway to China’s economic powerhouse in the Pearl River Delta. The two cities are favoured by foreign investors and companies as they represent democratic values, a multicultural work environment and a cosmopolitan urban setting. This is in stark contrast to the mainland’s largely homogenous, unilinguist work culture and a strong state presence.

However, the hurdles are also considerable. Under the “one country, two systems” formula that saw Hong Kong and Macau return to Chinese sovereignty in the 1990s, the cities maintain vastly different political and economic structures.

These include having their own, freely convertible currencies, separate passport and customs controls, and legal systems. It will take more than a 55-kilometre (34-mile) bridge or a high-speed train, which starts operating from Hong Kong this month, to close that divide.

Some of these logistical headaches are likely to be ironed out over time, such as the need for multiple government permits to drive across the Hong Kong-Zhuhai-Macau bridge. Others will persist.

These include issues such as health care and food safety, not to mention giving up Hong Kong’s more robust political freedoms. Hong Kong residents moving across the border lose access to the city’s high-quality public hospitals, which is lacking in the mainland.

Far from moving to the mainland, many Hong Kong residents are deserting the city for other parts of the world. Emigration reached a three-year high last year, with destinations including even Iceland. Meanwhile, international companies value Hong Kong’s rule of law and intellectual property protections.

Firms seeking to transfer staff frequently say that it’s easier to persuade people to move to Hong Kong or Macau than mainland China.

Our assessment is that the proposed project to integrate Hong Kong and Macau with the remaining cities in the mainland represents a herculean task for Beijing. There are differences in almost all aspects of life and the recent Hong Kong protests show that the Chinese government cannot enforce the rule by brute force. We believe that as the ‘One Country-Two System’ was slowly implemented to avoid a shock to the political systems, China will work out a gradual implementation of the project. However, we also feel that Hong Kong is likely to continue its protest against any greater mainland control over its financial and political systems.