China’s message to the US

US has revealed that China has conducted bombing drills meant to target the U.S. island territory of Guam. This has increased Pentagon’s growing concerns over..

US has revealed that China has conducted bombing drills meant to target the U.S. island territory of Guam.

This has increased Pentagon’s growing concerns over Beijing's growing strength amid tensions in the Pacific region.

United States and China are two of largest economies in the world. Both countries consider the other as a partner in trade and a challenger in geopolitics. Diplomatic relations between US and China was first established in 1844 with the Treaty of Wanghia. This agreement allowed the US to trade in Chinese ports. After the Qing Dynasty was overthrown, in 1911, US recognized the legitimacy of the Republic of China (ROC) government.

In contemporary times, the two countries have established a robust framework of trade. Currently, the US-China trade relationship supports around 2.6 million jobs in the United States. In 2015, China purchased $165 billion in goods and services from the United States in 2015.

In 2017, the ties between US and China have been tense during periods. US President Donald Trump has expressed his frustration over deficit in trade with China. He has also repeatedly criticized China for not for not being aggressive while countering the threat of China North Korea. Much of the conflict between US and China presently is due to the disputed area of South China Sea.

The South China Sea is at the heart of a land and water dispute between China, the United States and much of Southeast Asia. China’s claim to the region is historic going back to the Xia and Han dynasties. The US has maintained that region was part of the international waters. Other countries that are disputing South China Sea include, Malaysia, Indonesia, the Philippines, and Vietnam.

This region has been a source of conflict especially between the US and China. As part of US’ freedom of navigation operation, US destroyers have gone sailed in disputed regions. China has repeated complained that this is an infringement of its sovereignty. 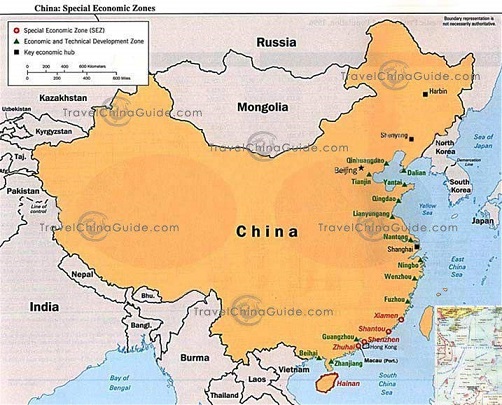 During the recently concluded 19th National Congress in China, President Xi Jinping was elevated in the party’s constitution. Thus, he became the most powerful leader in China since Mao Zedong. For a detailed summary of the National Congress and the developments that took place during the event, click here.  Jinping has taken a pro-military nationalist approach to his leadership and has often relied on amplified hard power. This has raised concerns in Washington as China looks to increase its global influence.

US has revealed that China has conducted bombing drills meant to target the U.S. island territory of Guam. Chinese H-6K Badger bombers had conducted "not infrequent" flights to practice "attacks on Guam. Guam is a US territory. Most recently, North Korea had threatened military action on the region.

Marines General Joseph Dunford, Chairman of the joints of staff in the US said, “There are some who try to create a narrative that we are not in the Pacific to stay. Our message is that we are a Pacific power. We intend to stay in the Pacific. Our future economic prosperity is inextricably linked to our security and political relationships in the region." He added, “If people want to view that as a focus on China they can. But it’s based on a rules-based international order. It’s focused on our ability to advance our national interests. We’re not going to compromise in that regard."

According to reports, China has tested H-6K Badger warplanes – with 1,600km range air-launched cruise missiles. A US official was quoted the Military Times as stating, “It’s very common for [People’s Republic of China] aircraft to intercept US aircraft” these days, one of the officials said. “The PRC is practising attacks on Guam.”

Collin Koh, a maritime security expert at Nanyang Technological University in Singapore, said China was trying to strengthen its deterrence capability by pushing further into the western Pacific Ocean. “I believe China is first and foremost keen to intensify measures closer to shore, but pushing the envelope further out into the western Pacific also serves the purpose of enhancing deterrence against the US, with an overall strategic aim of raising the costs of Washington if it chooses to intervene militarily in, say, Taiwan or the East China Sea. Without mid-air refuelling and proper fighter escorts, these bombers are essentially sitting ducks out over the open western Pacific.”

Given the limitations, Zhou Chenming, another military expert, said China was mainly using the warplane for nearshore operations. He said, “It’s absurd for China to deploy H-6Ks to attack Guam because Chinese missiles – or even nuclear weapons – can do the same job without dispatching personnel. Currently, those bombers mainly fly around Taiwan, sending a message to the island’s pro-independence forces.”

Our assessment is that as China continues to expand its global influence, it will become a larger geopolitical threat to the US. Additionally, in the recent years, China and Russia have grown closer causing further concerns in Washington. The Chinese government is sending a clear signal to the US that it plans on challenging arguably the world’s most powerful superpower.