The International Monetary Fund Instability has sounded an alarm regarding the growing debt-dependency in China. The organization has stated that economic instability..

The International Monetary Fund Instability has sounded an alarm regarding the growing debt-dependency in China. The organization has stated that economic instability could likely cause a fresh global financial crisis. 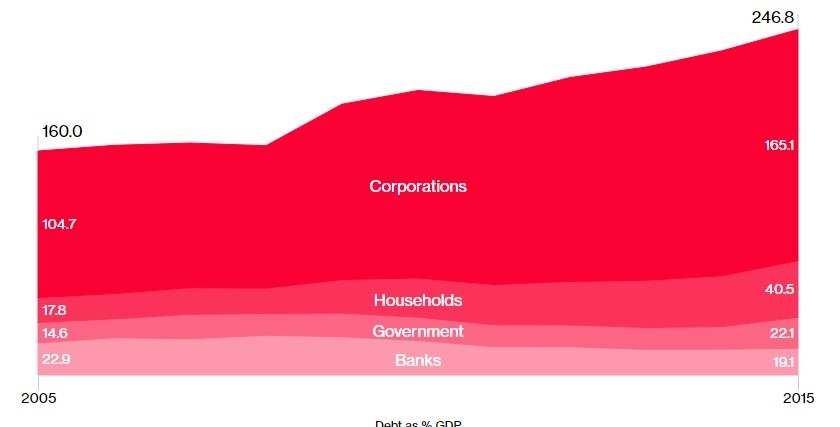 The International Monetary Fund Instability has sounded an alarm regarding the growing debt-dependency in China. The organization has stated that economic instability could likely cause a fresh global financial crisis.

The agency has conducted a health check on the nation’s financial system. It has noted that personal debt in the country has increased significantly in past five years. The report also stated that the pressure within the nation to keep pace with the nation’s rapid growth has bred an environment to protect struggling firms.

The assessment stated, “The system’s increasing complexity has sown financial stability risks. Credit growth has outpaced GDP growth, leading to a large credit overhang. The credit-to-GDP ratio is now about 25% above the long-term trend, very high by international standards and consistent with a high probability of financial distress. As a result, corporate debt has reached 165% of GDP, and household debt, while still low, has risen by 15 percentage points of GDP over the past five years and is increasingly linked to asset-price speculation. The buildup of credit in traditional sectors has gone hand-in-hand with a slowdown of productivity growth and pressures on asset quality.”

The organization has advised China to put less emphasis on targets for growth. Instead IMF has stated that authorities in the nation should boost financial supervision. The country should also focus on understanding and spotting risks that could lie ahead. China’s debt is largely locally funded and is backed by a huge hoard of domestic deposits. That makes any Asian financial crisis-style blow-up unlikely.

"I have absolutely no doubt that once Beijing is able get control of the growth in credit — which they are a long way from doing — growth rates are going to be much, much lower than the current growth rate," said Michael Pettis, finance professor at Peking University. The country targeted growth around 6.5 percent this year. He added, “"China is the biggest arithmetical component to global growth, but it's not really the biggest contributor to global growth. What the world needs is demand, that's the most scarce resource.”

Our assessment is that the growing debt in China poses a threat not only to the economic health of the nation but also to some extent, the world. The growth in personal debt is a worrying trend and consumer loans have significantly grown in the recent years. This correlates with the 2007-2008 financial crisis that was sparked by the sub-prime mortgage problem in the US. The nation should stop putting strong emphasis on growth targets and focus on improving financial supervision. We feel that the primarily challenge is that China has a GDP growth target that requires more growth than the economy can generate organically. The only way to achieve this is with debt and with higher amounts of debt.