Beijing is more determined than ever in pursuing a complete re-unification with its sometimes rival Taiwan. Will a re-unification be forced if a stalemate between the governments..

Beijing is more determined than ever in pursuing a complete re-unification with its sometimes rival Taiwan. Will a re-unification be forced if a stalemate between the governments continue?

Taiwan is an Island, which is a highly controversial region in Asia. While Taiwan is considered a province in “Greater China,” it is largely an independent state. The ambiguity can be traced back to 1927, when the seeds were sown for a civil war between Kuomintang (KMT)-led government of the Republic of China, and the Communist Party of China (CPC). Both parties wrestled for control for China. While the civil war lasted between 1927 and 1950, the main phase is considered to be from 1945 to 1949.

Mainland China has On March 8th, China’s foreign minister declared that there is only ‘One China’ and Taiwan is a part of it. Taiwan plays an inalienable part of the ‘One China’ policy in expectation that it will be reunited with the mainland. Having said so, Taiwan has a democratically elected President, laws and its very own armed forces. A major fallout could be the break in economic trade and foreign relations. 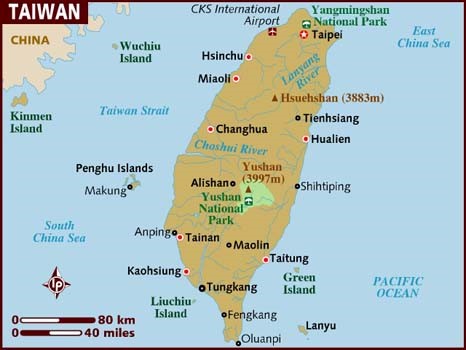 In 2017, Chinese President Xi Jinping clearly kept iterating the importance of the “One China” policy. During his three and half hour address at the 19th National Congress in China, he repeatedly spoke about safeguarding national sovereignty. He said, “[We will] resolutely safeguard the national sovereignty and territorial integrity and will absolutely not tolerate the tragedy of the country’s split. Any activity aiming to split the motherland will be firmly opposed by all the Chinese people. We have a firm will, sufficient faith, and adequate capacity to defeat any intention of “Taiwan independence” in any form. [We will] never allow any person, any organization, any political party, at any time, in any form, to separate any piece of Chinese territory from China.”

Deng Yuwen, a researcher at the Charhar Institute think tank, has written the Beijing must “take control of Taiwan by 2050 at the latest.” He has noted this is based on the vision that has been promised by the Chinese President during the 19th National Congress. The report that was published during the Congress speaks of a “great rejuvenation of the Chinese nation” by 2050. As long as Taiwan remains an independent entity in China, this “rejuvenation” will not be taking place. China has already taken aggressive steps to curtail Taiwan’s autonomy. In December 2017, Li Kexin, a minister at the Chinese embassy in Washington, warned that port-of-call exchanges between the US and Taiwan would not be tolerated. “The day a US Navy vessel arrives in Kaohsiung is the day that our People’s Liberation Army unifies Taiwan with military force,” he told mainland media.

Yuwen writes, “As a leader who is bent on raising China’s global stature to a level that rivals the nation’s glory years in Han and Tang times, Xi would surely not tolerate an indefinite split between Taiwan and the mainland.”

At present, it seems unlikely that Beijing would be able to strongarm Taiwan into the negotiating table in 2018. The Chinese government’s Taiwan Affairs Office recently said it would stick this year to its demand that the democratically island agree, for dialogue purposes, that both sides belong to a single China. Taiwan President Tsai Ing-wen rejects that idea. She had called for respect Friday during a year-end speech. “Dignity and respect, stable cross-Strait relations, and engaging with the international community are the collective aspirations of the Taiwanese people,” Tsai said, referring to ties between China and Taiwan. “This is also my mission.”

Our assessment is that much of Jinping’s vision for China relies on him resolving the problems arising from Taiwan and its resistance to re-unification. China has often stated that the unification will definitively take place someday and that the region was willing to use force if needed to achieve it. Public opinion surveys show most Taiwanese oppose unification. This could result in a deadlocked political crisis.