China’s financial system is becoming increasingly vulnerable due to high levels of leverage, or borrowing. The governor of People’s Bank of China (PBOC) Zhou Xiaochuan..

China’s financial system is becoming increasingly vulnerable due to high levels of leverage, or borrowing. The governor of People’s Bank of China (PBOC) Zhou Xiaochuan has warned as much in a new article for the bank’s website.  He signaled that China could fall prey to financial problems in the world’s second-biggest economy. 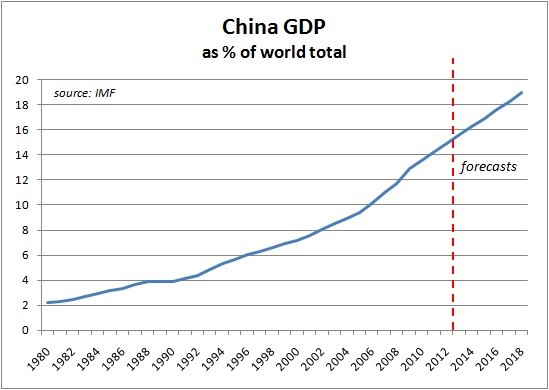 China’s financial system is becoming increasingly vulnerable due to high levels of leverage, or borrowing. The governor of People’s Bank of China (PBOC) Zhou Xiaochuan has warned as much in a new article for the bank’s website.  He signaled that China could fall prey to financial problems in the world’s second-biggest economy.

Qingdao University economics professor Yi Xianrong said such a blunt accusation was rare from a Chinese official. Yi said China’s monetary policy had been held hostage by “the investment impulse of local governments” adding, “It has been that way for a long time and I don’t see signs of change as long as GDP remains key to assessing local officials’ performance.”

Experts have warned of the rising bubble in China’s real estate markets especially in the larger cities. Some have even compared it to the sub-prime mortgage bubble in the USA that ultimately led to the 2008 financial crisis and the global recession.

Earlier this month, Moody’s Investors Service analysts led by Michael Taylor said financial-sector regulation would likely continue to restrain the growth of shadow banking activities and address some key imbalances in the financial system. “However, the authorities continue to face challenges in preventing the de-risking of the financial sector from causing systemic disruption,” they wrote.

During the recently concluded National Congress that was held in China, President Xi Jinping said that the government would promote job creation and helping the economy expand.

Our assessment is that an economic downturn in China would have global consequences that could jumpstart another global recession. It would negatively impact the equity markets and the world’s fastest growing economy might come to a stand-still. The growing mortgage problem and the growing debt could add to China’s financial woes. We believe Zhou’s article will be followed by financial deleveraging by the authorities that will rein in liquidity in the interbank market.