During the Beijing Winter Olympics, Putin visited President Xi, and the two leaders proclaimed that their nations have a “no limit” friendship. Once hostilities broke out, China offered significant rhetorical support, blaming the U.S. and the NATO alliance for expanding to Russia's borders. When Moscow claimed that U.S. run bioweapon labs were discovered in Ukraine by their soldiers, China quickly backed these allegations. However, there was no evidence that Beijing was helping Russia get around the sanctions.

Zhao Lijian, the firebrand Chinese foreign ministry spokesperson, claimed that Russia and China "have committed to developing a new international relations model that has evolved beyond the cold war era”. The Chinese claim that the new model will “move beyond political and military relationships”, unlike the U.S., which "continued to have a cold war mentality." This statement found resonance with many political analysts who argue that the Biden administration is waging a proxy war in Ukraine and is responsible for its escalation. 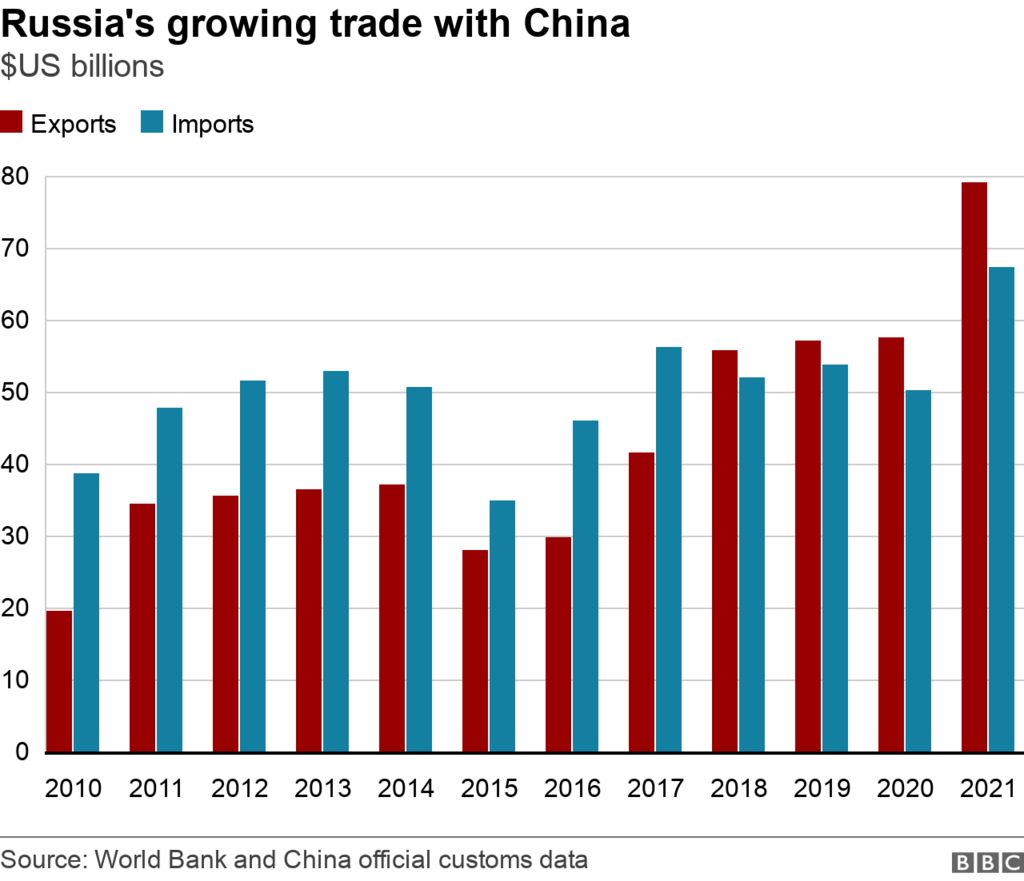 The majority view in the U.S. remains steadfast that China is a threat. Over 90 per cent of American adults polled that the Russia-China partnership is "somewhat of a threat" to their country; over 60 per cent believe it to be a "serious problem." There is a broader consensus among Americans; they think that China is now a world superpower, and just over 40 per cent believe that China has become the world's largest economy.

However, as per data available in the public domain, this is somewhat an exaggeration. The ground reality is that due to the after-effects of the pandemic (which is still shutting down Chinese cities), and the economic blowback of the war in eastern Europe, the Chinese economy is under massive pressure. In 2020, the entire world faced the most significant recession since World War II, and just as things were looking to improve, the war in Europe shook the global economy once more. With higher food and energy prices and lockdowns in China due to new Covid waves and rising international interest rates, consumer confidence is lower than when the pandemic first started.

However, it is not all bad news; people go out and travel at similar pre-pandemic rates. People are sitting on savings from the pandemic, and there is optimism for revival. But not all countries have been impacted equally. There is a definite slowdown in global growth, but according to Goldman Sachs, China’s zero covid tolerance and sanctions on Russia have led these two giants' economies to slow down and shrink.

Critics of the potential partnership state that the world should not expect China to put its economy on the line for Russia. Although China will offer words of encouragement and rhetorical support, the Russians should not expect more than that.

Experts such as Alexander Gabuev (senior fellow at Carnegie Centre Moscow) and Craig Singleton (senior fellow at Defence of Democracies) have stated that China’s relationship with Russia is also strategic in relation to China’s tensions with the West. However, this won't translate into deep economic cooperation. The reason is that China is not dependent on Russia and has other priorities. Russia’s largest trading partner is China; from Putin’s perspective, deep economic relations are a victory. However, from the Chinese perspective, this is not true. China has significantly more trade with the U.S. and the EU. As China’s economy is already struggling, President Xi will act with more caution. He will not want to make moves that could haunt him in the future.

As Moscow is becoming more dependent on China from an economic and political angle, India must ask itself if this relationship will be detrimental to her interests. One of the reasons why the relationship between India and Russia has stood firm through time is because third parties do not influence it. Although India may have concerns about Russia's dealings with Pakistan and China, and Russia will have concerns about India’s growing relationships with the West, the bilateral relationship has been resilient. In the short term, Moscow is unlikely to turn its back on India for its strategic partnership with China, as there is too much at stake between Moscow and New Delhi. However, India cannot take for granted Russian diplomatic support in the future, especially in the UNSC and elsewhere, especially if it conflicts with Russian interests. This possibility will grow if the Russia-China partnership matures into an axis.

Although the trade growth between China and Russia has slowed down between February and March, it still outpaced China's trade growth will all other countries and regions. Shipments to Russian increased by 12.6 per cent compared to a 7.75 per cent increase with other countries. China’s total trade with Russia in March was 11.67 billion dollars. Although analysts have not seen indications that China is violating western sanctions, trade cooperation between Russia and China has remained normal.

Many believe that dependency is purely one-sided. We must not ignore that Russia continues to be a significant energy and food supplier to the Chinese. Hence, China is interested in maintaining good economic relations with the Russians.