China: The Growth of a Surveillance State

Facial recognition and AI are growing businesses for Chinese tech companies with 'nowhere to hide' for civilian targets. Kuang-Chi Group is a Chinese company that develops and invests in a metamaterial, telecommunication, aerospace, smart-city, AI and digital health technologies. While...

Facial recognition and AI are growing businesses for Chinese tech companies with 'nowhere to hide' for civilian targets.

Kuang-Chi Group is a Chinese company that develops and invests in a metamaterial, telecommunication, aerospace, smart-city, AI and digital health technologies. While Kuang-Chi is not a state-owned enterprise, the Chinese government has supported the company’s research. In 2012, Kuang-Chi was the first company Xi Jinping, current General Secretary of the Communist Party of China visited as party leader. Kuang-Chi has participated in Chinese government initiatives, including the Go Out Policy of investing in international technology and the One Belt One Road Program of engaging with countries in the "Silk Road Economic Belt”. On account of the rapid growth of the company and the advanced nature of its technology, particularly in aerospace, Kuang-Chi is often compared to SpaceX by media.

The Xinjiang conflict is an ongoing conflict in China's far-west province of Xinjiang centred around the Uyghurs, a Turkic minority ethnic group who make up the largest group in the region. Several factors have contributed to tension between Uyghurs, and state police and Han Chinese, which have taken the form of both frequent terrorist attacks and wider public unrest. 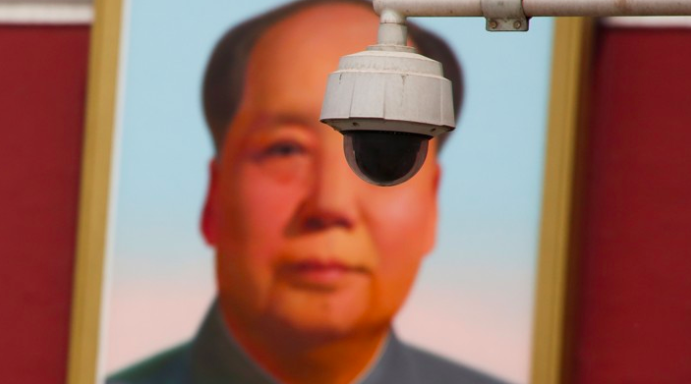 At the China Hi-Tech Fair in the southern city of Shenzhen this month, the Chinese tech company Kuang-Chi unveiled their new facial recognition technology: a video screen showed a constant procession of Chinese citizens moving past a camera at what appeared to be a public festival, park or central city plaza. Their faces were bracketed by yellow squares with various numbers hovering below, including each person's estimated age and gender. If the person was known to the system, their name appeared too. Shenzhen-based Kuang-Chi, which stresses the benefits of "civil-military integration" of its technologies, claims its "super-intelligent tracking system" leaves "nowhere to hide" for those it targets. "It can find a person in a crowd of up to 8,000 people," a Kuang-Chi representative explains at the firm's prominent display at the entrance to the fair. "It is being used already by police in Chongqing and Shanghai and is 95 to 98 percent accurate."

For now, many Chinese appear to accept these new surveillance technologies as a way to make communities safer by tracking and identifying criminals, child abductors, and “terrorists".

Outside the country, however, questions are being asked about the more nefarious uses of such technologies, and the authorities' deployment of such systems to tighten control over their citizens and crack down on dissent, most notably in the far-western region of Xinjiang. Last week, US legislators introduced bills that, if passed, would call on the commerce secretary to look into restrictions on technology sales to companies that are involved in providing surveillance technology in Xinjiang.

Chinese companies involved in developing surveillance systems that the government is using for policing in places such as Xinjiang might find themselves at risk of sanctions and restrictions. Whether they will be deterred by sanctions depends on whether they are targeting the domestic market or harbour ambitions of expanding beyond China.

Facial recognition, artificial intelligence (AI), and other technology that can be utilised for surveillance is a huge and growing business in China. SenseTime, which describes itself as the world's "most valuable artificial intelligence unicorn" is worth more than $4.5bn. The company is a major player in facial recognition systems, and is China’s biggest provider of AI algorithms and is involved in projects from the development of "intelligent cities" to autonomous cars and education. For these firms, it is China and its government that is their biggest market, and the latter is often their biggest source of funds too.

Our assessment is that firms developing sophisticated technology for mass surveillance will likely gain further prominence in the coming months. We believe that Western nations are likely to condemn the potential surveillance state developing in Xinjiang in order to deter the nation from expanding its surveillance model to other parts of the country.