Challenges for a Shifting Supply Chain

For the past few decades, the majority of cutting-edge tech semiconductor chips manufacturing has been concentrated in East Asia, with more than half of the global market getting their chips from Taiwan. This makes the role of Taiwan in the US-China tech competition unparalleled. However, this may change with the American decision in June (Federal Supply Chain Review) to bring onshore the production of semiconductor chips. As a ripple effect, it has nudged companies and countries to “bring home” production of the chip foundries.

Taiwan has monopolised the production of the world's most advanced chips, with 92 per cent of leading-edge chip (<10nm) production in the global economy coming from the island. Taiwanese titans in the chip industry, such as Morris Chang’s TSMC (Taiwan Semiconductor Manufacturing Company) and Terry Guo’s Foxconn (HonHai Precision Industry), amongst others, have founded and advanced the foundry business model that the world's semiconductor industry current runs on. 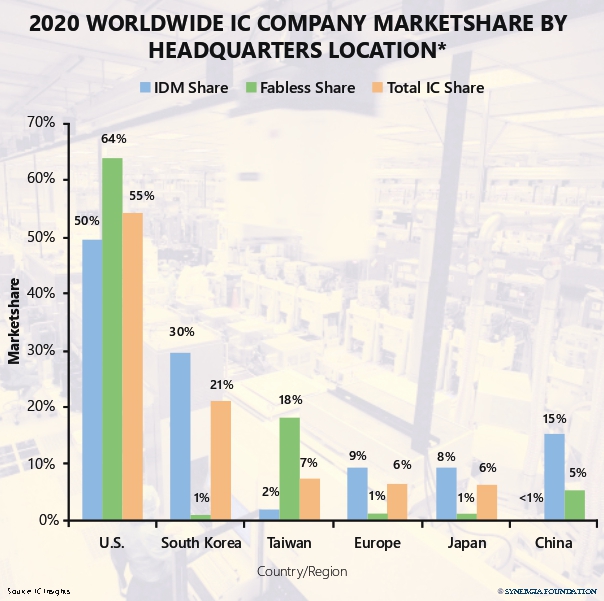 However, with the rising tension in the geopolitics of the region, Washington, with the support of its allies and partners in India and Japan, have prodded tech companies to begin seriously considering onshoring production in critical industries in the supply chain.

In June of this year, the White House released its “100-Day Supply Chain Review Report'', which points out the overreliance of fabrication in the chip industry in Taiwan as potentially catastrophic in the event of any shocks in the current state of this supply chain. The report further instigates a reconfiguration of the current model, citing current disruptions such as the pandemic as already sending the world into an economic slowdown and at risk of affecting neighbouring industries such as vehicles, electronics, and/other digital infrastructure.

Intel Foundry Services has focused on utilising its competitive advantage as an integrated device manufacturer (IDM) and has already signed with Amazon Web Services (AWS) and Qualcomm for the next few years. Further, they are announcing that they intend to catch up to TSMC and Samsung by 2025 with their five sets of chipmaking technologies to be laid out in the next few years. 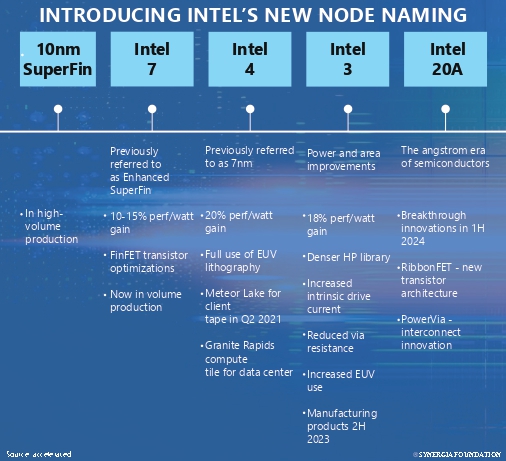 Taiwanese tech giants and semiconductor titans have also made clear their intention in solidifying and repositioning themselves in the ongoing supply chain reconfiguration.

Vertical and horizontal integration for the Taiwanese semiconductor fabrication industry is currently at a pivotal moment. The dilemma is whether to shift its business model to adapt and go along with these reconfigurations or to evolve and invest in diversifying both onshore and offshore. Thus, we are seeing plans of Taiwanese companies moving into the U.S., Japan and looking ahead, perhaps even in Germany.

Following the current global chip crunch, TSMC might eyes plans for constructing chipmaking plants in other countries and so diversify the supply chain. In April, it announced that it would spend $100 billion through 2023 to meet the “structural and fundamental increase” in global chip demand.

TSMC chairman Mark Liu, during a virtual meeting with shareholders, has expressed confidence in the changes visible in the global supply chain. He emphasised that “as the company is working closely with its clients, they are expected to share the burden of the costs when TSMC expands its production globally, which is expected to maintain its profit margin... TSMC will achieve its long-term goal to have its gross margin top 50 per cent."

Thus, redefining its strategy in light of the regional geopolitics and external shocks such as COVID-19, TSMC has approached this reconfiguration with accelerated fervour. In the past, the company has continuously focused on upgrading its technologies as well as juggling expansion both within Taiwan and offshore, particularly in the mainland. At the same time, it is keeping the most high-end fabs in the northern Taiwan city of Hsinchu.

At the bequest of foreign government and stakeholders, TSMC has directed more of its ventures into countries like Japan and the U.S., with potential others down the line. Around 62 per cent of TSMC's revenue came from North American clients in 2020. This comes at a time for TSMC—despite an acceleration of its expansion plans—as a sign of good tidings as it views a boom in business. The company’s CEO, C.C. Wei, recently said in a conference call with investors: "As a leading pure-play foundry, TSMC has never been short on competition in our 30-plus-year history, yet we know how to compete”.

Its plans for the first plant in Japan may work well with considerable geographical and work culture, as Tokyo urges companies to enlarge semiconductor production onshore and demands from large Japanese client Sony. It would mark a significant departure from TSMC’s decades-long strategy of preserving most of its production in its home market. However, TSMC will likely own and run the factory independently to avoid any conflicts of interest.

RIDING OVER THE BUMPS

Yet, doing business in other countries could very well differ in many ways, including local concord policies, facilities, and advancements. Thus, TSMC and others cannot employ the same business model approach in every case. Especially its endeavours in looking towards developing countries, considering local resources and amenities favouring the bottom-line profit margin. Taiwanese firms should look at growing local demand-supply and market how this aid a mutual win-win condition.

The semiconductor industry as it stands today is a very sophisticated one; construction of its chip foundries is not a tranquil task. There are six major integral factors required for developing such a sophisticated ecosystem. (1) Feasible infrastructure like land, electricity, water supply, (2) Human resources, (3) Facilities like logistics and precision equipment, (4) Supporting Industries like gas and chemicals, (5) Market competition, and (6) High Capex Investment.

The major challenges these companies would face during the construction of their foundries in host countries are feasible conditions, encouraging government policies and a preliminary assessment for any conflict on Centre-State policies concerned. Therefore, moving forward, SWOT analysis is the foremost requirement to figure out how efficient the host country is for accommodating their new branch foundries and adapting their business models and assimilate with the local geographies, work culture. Taking damage control approach (e.g., Wistron labour issue in India) if any issues arise, diplomatic handling of such is significant for sustainable operation with better cooperation.

To ensure ease of doing business, local liaison agencies and personnel would be invaluable. The best would be to identify existing ATMP (Assembly, Testing, Marketing and Packaging) companies that are willing to collaborate. HR can be empowered in chipmaking via universities and research centres collaborations. Joint ventures and collaborations can be beneficial for not just Taiwanese foundry businesses looking to expand but also local partners abroad. Thus, TSMC should look before it leaps.