Li Ka-Shing's CK Asset Holdings Ltd. Has agreed to sell its stake in The Center for HK$40.2 billion. He is one of the richest men in Hong Kong.

Li Ka-shing is one of the richest men in Hong Kong and in Asia as a whole. His net worth is reportedly $25 billion and is the Chairman of the board for CK Hutchison Holdings. The company, headquartered in Hong Kong, owns substantial holdings in businesses across a number of industries. Many of the company’s subsidiaries have substantial footprints in industries like telecoms, infrastructure, ports, retail and more.

Li is one of the most influential entrepreneurs in Asia. In Hong Kong, he has been referred to as “Superman” for his seemingly excellent business acumen. He is also well-known for his frugal lifestyle. He is known to wear simple clothing and has lived in the same house in Hong Kong for decades. Li is also praised for his philanthropy. He has donated over US$2.56 billion to charity and other various philanthropic causes.

Most recently, he has been a champion of popularizing digital payments in Hong Kong. In September 2017 it was reported that Li Ka-shing and Jack Ma Yun, the founder of the e-commerce giant Alibaba have come together on a projected. This will be a 50-50 joint venture that will integrate online and offline Hong Kong dollar payments under the AlipayHK brand. Due to the new scheme, AlipayHK service will be available in all the stores coming under CK Hutchinson’s vast network.

Hong Kong is an autonomous territory which holds a separate political and economic system from China. Under the principal – One Country, Two Systems – Hong Kong exercises its own independent executive, legislative and judiciary powers. However, it comes under China for foreign affairs as well as military defence.

Chinese President, Xi Jinping in 2017 has repeatedly spoken about how he does not support the One Country Two Systems policy. He has also issued a clear warning against any powers that might pose a threat to China’s power over Hong Kong.  He said, “Any attempt to endanger China's sovereignty and security ... or use Hong Kong to carry out infiltration and sabotage activities against the mainland is an act that crosses a red line.” 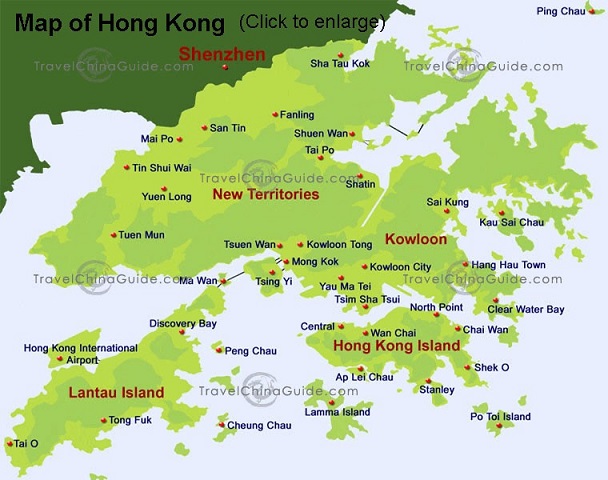 The Center is the fifth tallest skyscraper in Hong Kong. The tallest is the International Commerce Centre followed by Two International Finance Centre.  With a height of 346 m (1,135 ft), it comprises 73 stories. The Center is one of the few skyscrapers in Hong Kong that is entirely steel-structured with no reinforced concrete core. The construction of the building started in 1995 and the structure was completed by 1998.

The Center is part of Li Ka-shing’s portfolio. Li, who turns 90 next July, has been seeking to sell the building for at least a year, as he sought to trim his Hong Kong assets.

CK Asset Holdings has announced that the building has been sold for a record HK$40.2 billion (US$5.15 billion). CK Asset Holdings said it expects to make a profit of $1.9 billion. The buyer is C.H.M.T. Peaceful Development Asia Property Limited, an investment vehicle registered in the British Virgin Islands that was created for the purchase.

“It shows that Hong Kong’s commercial property market is still competitive, and is unlikely to be affected by high prices,” said Vincent Cheung, deputy managing director for Asia Valuation and advisory at Colliers International.

Chinese buyers including the Industrial & Commercial Bank of China (ICBC) had shown interest in the property which has been in the market for the better part of this year. Reports note that the current buyers are among some of the most prominent businessmen in Hong Kong including David Chan Ping-chi, Chairman of Acme Group. State-owned China Energy Reserve and Chemicals Group owns 55 per cent of the purchase. Li has sold more than 20 billion yuan (US$3 billion) of commercial properties in Shanghai, Beijing and Guangzhou since 2013.

Our assessment is that the sale of the property comes amid reports that China is increasing its control in Hong Kong. Recently, a law was passed where a person in Hong Kong caught booing the Chinese national anthem could be jailed. Li is one of the most influential men in Hong Kong and has been trimming his assets since 2013. It begs the question on why he has been keen on selling his assets. At the very least, this sale proves that the Hong Kong real estate market for now is thriving.