The Cauvery river has been at the heart of a contentious dispute between the states of Tamil Nadu and Karnataka for decades. However, the dispute itself..

The Cauvery river has been at the heart of a contentious dispute between the states of Tamil Nadu and Karnataka, in India for decades. However, the dispute itself is complex and nuanced and pre-dates Indian independence.

Kaveri (also known as Cauvery) is a river flowing through the states of Karnataka and Tamil Nadu. It is the third largest after the rivers Godavari and Krishna in south India and the largest in Tamil Nadu which on its course, bisects the state into North and South. Both these states have for many decades fought over the sharing of the waters of the river.

The use and development of Cauvery waters was originally regulated by agreements of 1892 and 1924 between the princely state of Mysore and the Madras presidency. There were a number of problems in the 19th century, when the British controlled Mysore for a brief period. However, once it was back in control of the Mysore kings, the two states struggled to come to a consensus. By the 1920s, Madras had a problem with Mysore building dams (especially the Krishnarajasagar dam). Thus the 1924 agreement saw the two regions coming to a consensus – Madras in return was allowed to the build the Mettur dam.

Post independence, Indian government had the daunting task of redrawing state lines. This resulted in  Kerala and Puducherry becoming a part of the Cauvery River basin and thus these regions also became stakeholders in the water from the river. The problem was augmented when the 1924 agreement ended in 1974. Since the 1970s, Tamil Nadu became an active proponent of setting up a Cauvery Water Dispute Tribunal. This became a reality in 1990 when the Supreme Court ordered such a body to be instated.

At the heart of the conflict is both states disagreeing how much water is to be shared. The 802 kilometres (498 mi) Cauvery river has 44,000 km2 basin area in Tamil Nadu and 32,000 km2 basin area in Karnataka. The inflow from Karnataka is 425 TMC ft whereas that from Tamil Nadu is 252 TMCft. Karnataka has argued that the agreements that were drawn up before independence are in favor of the Madras Presidency, which does not exist in the same capacity anymore post independence. Tamil Nadu, has refuted this by highlighting how it has developed almost 3,000,000 acres (12,000 km2) of land. This land, the state has noted, will suffer if the water supply is cut down.

Between 1960 and late 1980s, Karnataka built four dams on the Cauvery – Hemavati, Harangi, Kabini and Suvarnavathy.

In the summer of 2002, things once again came to a head as the monsoon failed in both Karnataka and Tamil Nadu. Reservoirs in both states fell to record low levels and inevitably tempers rose. In 2007, after 16 years of deliberation, the Cauvery Water Disputes tribunal revealed the final award. This tribunal went on to uphold the agreements that were signed pre-independence (1892 and 1924). This resulted in a wide spread state-wide bandh observed in Karnataka. On 19 September 2012, Prime Minister Manmohan Singh, who is also the Chairman of the Cauvery River Authority, directed Karnataka to release 9,000 cusecs of Cauvery water to Tamil Nadu at Biligundlu (the border) daily. However, Karnataka felt that this was impractical due to the drought conditions prevailing due to the failed monsoon. 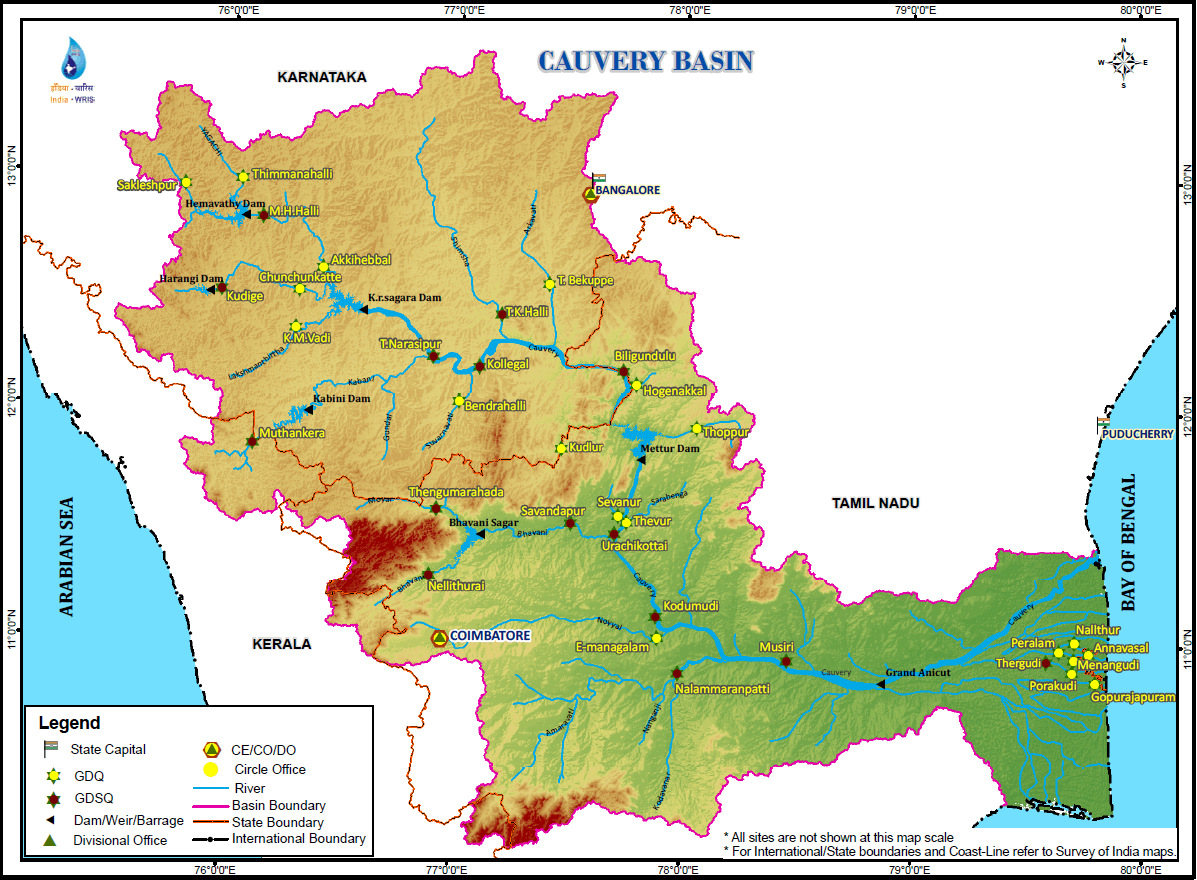 In 2016, Veteran lawyer BV Acharya, a former Karnataka Advocate General spoke in length about the issue in an interview with Economic Times. He said, “In my opinion, politicians should stay away from the problem. This is not to say anything bad about politicians but whenever the party in power enters into a settlement, the Opposition will immediately say the government is sacrificing the interests of the state. Experts from both states and from neutral states, men of eminence whose integrity and impartiality is beyond doubt, should form a committee and evolve a formula. Their sole concern should be ‘how to get maximum benefit by using minimum water’. It is not a question of x or y state. It should be for the mutual benefit of people of both states. It’s possible to evolve such a formula if there is no politics. This way, politicians will also not blame each other because it is a decision arrived at by experts.”

Tamil Nadu has expressed its displeasure regarding the turn of events. This has resulted in farmers in Tamil Nadu protesting the verdict. On April 2018, farmers from Trichy (a town in Tamil Nadu) partially buried themselves in the sand on the banks of the Cauvery River. Their main demand to the central government was the institution of the Central Government create the Cauvery Management Board (CMB).

The protest was led by farmer leader Ayyakannu who said, "The Supreme Court had ordered the Central government to create the Cauvery Management Board within six weeks. But the central government is behaving like an enemy of the farmers of Tamil Nadu by refusing to take any action. We have no choice but to die, and that is why we are protesting like this.” There was also a state-wide bandh organized by the opposition party against the central government. Transport, roads and shops within the city remained shut down for the day.

In the meantime, the Puducherry government moved the Supreme Court with an interlocutory application seeking direction from the Centre to implement Cauvery water verdict in true letter and spirit immediately.

Our assessment is that based on historic perspective, it is unlikely that either Karnataka and Tamil Nadu can reach common ground in the near future. The Cauvery river is considered a lifeline for millions living in both these states and this will especially affect the farmers of both states. Perhaps the need of the hour is finding a solution through the formation of a committee filled with experts who have no bias towards either state.