North Korea has accepted South Korea’s offer to high-level talks next week in a bid to discuss the former nation participating in the Winter Olympic Games scheduled to be held in South Korea.

Is this the diplomatic breakthrough that will thaw tense relations that has increased between the two countries in 2017?

The fates of the two regions diverged in the decades to come. South Korea embraced market economy and became one of the technologically advanced nations in the world. On the other hand, North Korea favored a totalitarian system that isolated itself from most of the world. It relied heavily on aid from China and Russia.

The threat of nuclear war has been floated in 2017 after North Korea’s sixth nuclear test. US President Donald Trump and North Korean leader Kim Jong Un have engaged in war of words and have noted that a military conflict would be probable. 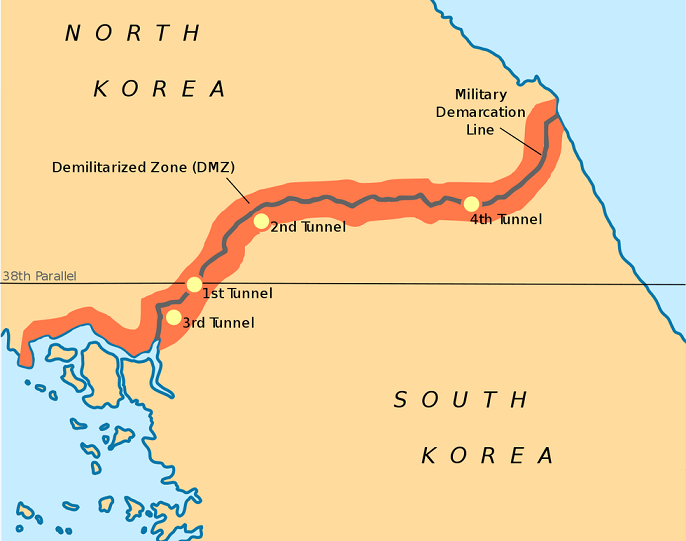 In January 2018, Kim Jong Un announced that he was willing to engage in diplomatic discussions with South Korea in a bid to send a delegation to the Winter Olympics in Pyeongchang. The Winter Olympics will be held in February 2018. During his New Year’s Eve address, he even said, “North and South must work together to alleviate the tensions and work together as a people of the same heritage to find peace and stability.”

South Korea responded by noting that January 9th, 2018 would be allotted for the meeting and North Korea in turn has accepted the offer. The meeting is slated to take place at the border village of Panmunjom. This would be the first official meeting between the two Koreas since 2015.

Panmunjom is also known as the “Peace Village.” It is also the venue when the 1953 armistice was signed between the two nations to pause the Korean war. The area is deeply guarded within the demilitarized zone (DMZ). For now, South Korea has stated that the main priority for the talks will be to discuss the upcoming sporting event. However, media in Seoul has noted that there may be discussions to better ties between the two countries after the Olympic Winters Games are conducted.

South Korea's President Moon Jae-in has previously said he sees the Winter Olympics as a "groundbreaking chance" to improve relations between the Koreas, two countries still technically at war. Additionally, as a goodwill gesture both the US and South Korea have agreed not to conduct any military drills when the games are taking place.

In a phone call on Thursday, Trump and Moon "agreed not to host joint military drills during the period of Pyeongchang Olympics," in South Korea, the Blue House in Seoul said in a statement.

Our assessment is that the latest development signals that both North Korea and South Korea are willing to de-escalate tensions and resolve for peace in the Korean peninsula. This could also be an indication that the UN sanctions may have had some softening effect on North Korea.  We believe that North Korea would feel more respected negotiating with its Southern neighbor than with the US. As we had mentioned earlier, Kim Jong Un would not want to share the same fate as the former Libyan leader Muammar Gaddafi and hence would be wary of dealing with the US.