Brazilian Preisdent Elect Jair Bolsonaro has spoken strongly in favour of polices that further development at great cost to the environment. He has plans of development projects in the amazon and has praised President Trump’s decision to leave the Paris Agreement. He will need parliamentary..

Brazilian President Elect Jair Bolsonaro has spoken strongly in favour of policies that further development at great cost to the environment. He has plans for development projects in the Amazon and has praised President Trump’s decision to leave the Paris Agreement. He will need parliamentary support to turn these ideas into the legislature.

The Amazon jungle is the largest rainforest in the world and covers most of the Amazon basin of South America.  The rainforest covers 5,500,000 km2, spread over nine nations. The majority of the forest is contained within Brazil, where 60% of the rainforest is located, followed by 13% in Peru, 10% in Colombia and minor amounts in Venezuela, Ecuador, Bolivia, Guyana, Suriname and French Guiana. The Amazon represents over half of the planet's remaining rainforests, and comprises the largest and most biodiverse tract of tropical rainforest in the world, with an estimated 390 billion individual trees divided into 16,000 species.

Prior to the 1960s, access to the forest's interior was highly restricted, and the forest remained intact. Farms established during the 1960s were based on crop cultivation and the slash and burn method and farmers were unable to manage their fields and the crops because of the loss of soil fertility. The soils in the Amazon are productive for just a short period of time, so farmers are constantly moving to new areas and clearing more land. These farming practices led to deforestation and caused extensive environmental damage. Between 1991 and 2000, the total area of forest lost in the Amazon rose from 415,000 to 587,000 square kilometres, with most of the lost forest becoming a pasture for cattle.

Environmentalists are concerned about the loss of biodiversity that will result from destruction of the forest, and also about the release of the carbon contained within the vegetation, which could accelerate global warming. Jair Bolsonaro was elected President of Brazil on 29 October. One of his campaign promises was to “develop” the Amazon and pull out of the Paris Agreement. 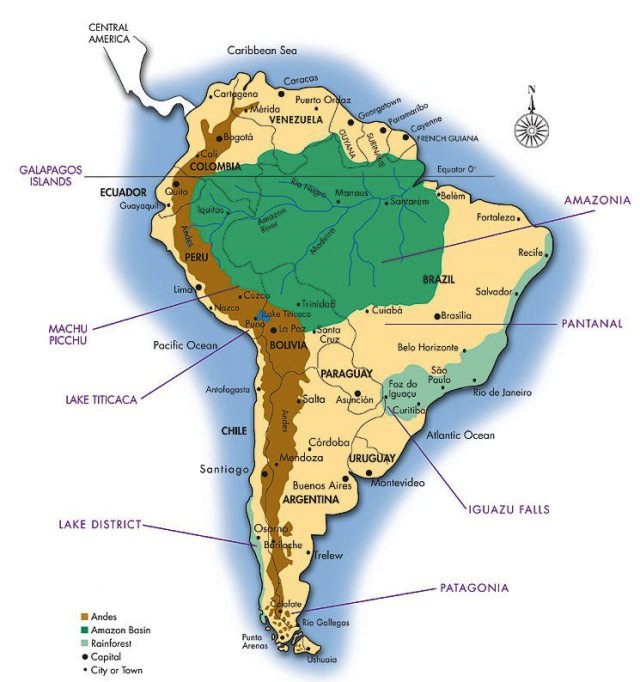 During his presidential campaign, Jair Bolsonaro condemned the country’s existing environmental regulations and agencies as bad for development and has promised to roll them back. He has called for folding the Ministry of the Environment into the Ministry of Agriculture, even though agribusiness has been a major driver of deforestation. He has vowed to defund (if not eliminate) the two agencies that enforce existing environmental regulations—the Institute for Biodiversity, which operates in protected areas, and the Institute of the Environment and Renewable Natural Resources, which conducts environmental impact assessments. He has said that he will refuse to designate “even a centimeter” more of land as indigenous, and he has promoted mining in the Amazon. The president-elect is also hostile to universities, scientists, and activists who have supported environmental action.

Bolsonaro vowed to follow in US President Donald Trump's footsteps and leave the Paris climate accord, though he recently backpedalled on that stance. He said the country would stay in the agreement as long as it did not have to give up jurisdiction of the Brazilian Amazon.

To pass any of his proposed measures, Bolsonaro needs to get them through the legislature. His Social Liberal Party (PSL) made unexpectedly large gains in the National Congress in October, jumping from one to 52 representatives in the lower Chamber of Deputies and gaining its first four senators. The PSL is still smaller than the PT, which has 56 deputies and six senators.  The PSL’s strong showing furthers a trend of the National Congress, which has been moving to the right since the 2010 election. Right-wing parties have increasingly punched above their weight thanks to the growing power of the “beef, bullets, and Bible” caucuses, which banded together during Rousseff’s and Michel Temer’s tenures as president to dominate the legislature.

The three caucuses didn’t agree on all policies but managed to swap votes enough to get their top legislative priorities approved and to block proposals they didn’t like. As a result of corruption scandals, about half of the members of the three caucuses up for re-election this weekend lost their seats. Many were replaced by politicians further to the right, which means that the coalition could become even more powerful and unified during the Bolsonaro presidency.

The agribusiness and security caucuses will be key to the new government's environmental policies. Members of the beef group have been behind most of the 15 legislative proposals since 2004 to change environmental licensing procedures, including some that would have eliminated licenses altogether for some projects. The security caucus has long been obsessed with the porousness of Brazil’s forested borders. The former military government even encouraged new road projects and internal migration there to deepen its control of these otherwise hard-to-reach regions. The costs, in terms of deforestation, were huge.

Our assessment is that even though the PSL does not hold a majority or even plurality of the seats in Congress, Bolsonaro is likely to be able to find strong majorities to support his environmental policies.