BMW of North America, LLC (BMW) has announced that it will be recalling close to 1.4 million cars over concerns about fire risks. The recall is for cars in America and Canada.

BMW of North America, LLC (BMW) has announced that it will be recalling close to 1.4 million cars over concerns about fire risks.

The recall is for cars in America and Canada.

Founded in 1916, BMW, is a German-based company that manufactures automobiles and motorcycles. It is currently headquartered in Munich, Bavaria. Until 1945, the company also manufactured aircraft engines. BMW produces motor vehicles in Germany, Brazil, China, India, South Africa and the United States. In 2015, it was the world's twelfth largest producer of motor vehicles, with 2,279,503 vehicles produced. The Quandt family are long-term shareholders of the company, with the remaining stocks owned by public float.

Over the decades, Germany has emerged as the home for some of the biggest automobile makers in the world. Companies like Mercedes, Audi, and Daimler are all German-based. Germany's diesel scandal occurred because the government has long been too lenient on the automobile industry. With around 800,000 jobs and over 450 billion euros in sales, it is one of the country's key sectors. Germany is the world's fourth-largest car producer.

In 2017, multiple car companies in the country have had to recall millions of cars. In July 2017, Mercedes and Daimler announced a recall of over three million cars over concerns of emission standards. They asked owners to upgrade a software already present in the cars. Audi also announced that it would voluntarily retrofit 850,000 diesel cars with new software to improve their emission performance.

Volkswagen has initiated a recall of 4.86 million vehicles that had been sold in China over airbag problems. Car manufacturing companies General Motors Co and Daimler AG's Mercedes-Benz announced earlier this year that they will be recalling the vehicles that came with Takata airbags. At least 3 million Mercedes Benz diesel cars and vans across Europe will be recalled over concerns of emission standards. 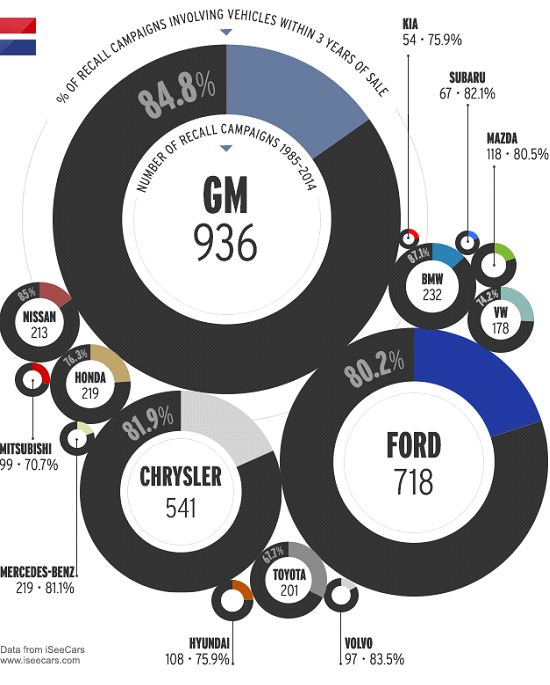 BMW spokesman Michael Rebstock said, “We are examining whether it will be necessary in the future to widen this (recall) into other countries.” The company is also evaluating other markets and countries to see if other such recalls are necessitated. “At BMW the safety of our customers is a top priority,” said BMW spokesman Hector Arellano-Belloc in the statement. “We understand the serious nature of a vehicle fire, which is why we are taking appropriate steps to repair our customers’ vehicles.” Additionally, about 80,000 vehicles are being recalled in Canada for the crankcase ventilation valve heater.

Part of the recall is due to four reported cases in the last two years. There were allegedly injuries in three of these cars in 2015. In September 2017, there was a fourth incident. The company executives had met with US regulators in October 2017 to discuss the problem. Post the discussion, the decision was made to initiate the voluntary recall. Dealers will replace the wiring and connectors. The company has also stated that it has been monitoring the valve since 2009.

Our assessment is that it’s extremely important for all companies especially in the manufacturing sector, to ensure that the supply chain pedigree of all components and parts that are outsourced from OEM vendors are thoroughly checked for every batch. Economic integration across boundaries have helped companies adopt some of the best practices in the world like outsourcing, lean manufacturing and just in time inventory. While these operations have minimized cost and enabled companies to focus on core competencies, they have also stretched enterprises to their breaking point.