After reaching dizzying heights, the value of Bitcoins has begun to come down. Recently, it traded below $10,000 after being valued at over $20,000 only weeks ago. Has the Bitcoin..

After reaching dizzying heights, the value of Bitcoins has begun to come down. Recently, it traded below $10,000 after being valued at over $20,000 only weeks ago. Has the Bitcoin ‘bubble’ finally burst?

Cryptocurrency is a digital asset (in other words a form of digital money) that is designed to stay secure. It uses cryptography to secure its exchanges making it nearly impossible to counterfeit. Cryptocurrency in particular is classified as a subset of digital currencies. Bitcoin was the first decentralized cryptocurrency. 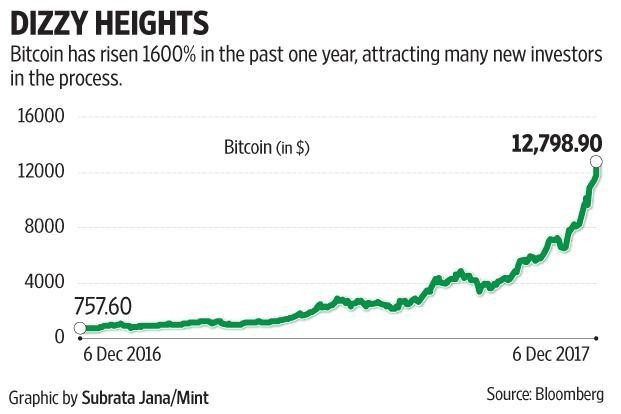 In December 2017, there were two high profile breaches. A South Korean cryptocurrency called Youbit had to declare bankruptcy after it was hacked and 17% of its assets were stolen. In addition, nearly $64m of Bitcoin was stolen by hackers who broke into the Slovenian-based bitcoin mining marketplace NiceHash.

On January 18th, Bitcoin plunged below $10,000 for the first time in six weeks before staging a rally to trade virtually unchanged. Capital Economics criticized the notion that cryptocurrency would replace actual currency. In a note to its clients it stated, “Most people are buying Bitcoin, not because of a belief in its future as a global currency, but because they expect it to rise in value. Accordingly, it has all the hallmarks of a classic speculative bubble, which we expect to burst. Triggers for the bubble to burst could be a further crackdown by regulators or a major hacking attempt. When it will fully burst is anyone’s guess and prices could yet rise again, before they fall further ahead.”

Neil Wilson, senior market analyst at ETX Capital, said: "This bout of selling appears to have been sparked by a tightening of the regulatory noose on the wider cryptocurrency market. In addition to signals that South Korea and China may ban trading on cryptocurrencies, we have heard comments from Russian leader (Vladimir) Putin that the country will seek to regulate the market more tightly."

The currency’s volatility has alarmed regulators around the world and suggestions that it could be banned triggered the latest falls. Recently, billionaire investor Warren Buffett also spoke against the cryptocurrency trend. "In terms of cryptocurrencies, generally, I can say with almost certainty that they will come to a bad ending," the chairman and CEO of Berkshire Hathaway said.

Our assessment is that the fall in the value of Bitcoins is because of an overdue correction triggered by South Korean regulation fears. Governments across the world have expressed concern over cryptocurrency regulation. In China, a number of Bitcoin exchanges were shut down. In India, the Reserve Bank of India issued a warning against trading in cryptocurrency on December 2017. We believe this sustained drop in the value of Bitcoins as well as the volatility of the markets should be a period to evaluate which of these coins have staying power and will have actual utility moving forward.