On October 20th, 2017, the value of Bitcoin surged to a record high of more than $6,000, with market capitalization reaching a high of $100 billion at one point. Bitcoin is..

On October 20th, 2017, the value of Bitcoin surged to a record high of more than $6,000, with market capitalization reaching a high of $100 billion at one point.

Bitcoin is a peer-to-peer electronic cash system. It is a digital currency in which encryption techniques are used to regulate the generation of units of currency and verify the transfer of funds, operating independently of a central bank. It was first created in 2008 by either an anonymous programmer or a group of programmers under a pseudonym, Satoshi Nakamoto. Speculation is rife over the real identity of the person who created the system. It was in 2009 when “Nakamoto” released Bitcoin as an open source software. Given that it is a decentralized electronic currency, it cannot be controlled by any government. It is one of the most popular cryptocurrencies in the world. Litecoin, Peercoin, Namecoin and Ripple are among the other cryptocurrencies available.

Bitcoin is a community-run system. It has often been referred to as the first “start-up currency”. And although critics argue that digital cash systems are volatile and speculative in nature and comes with a number of inherent risks, by the beginning of 2015, there were 100,000 merchants and vendors who accepted Bitcoins as payment. On the other hand, Bitcoins have been used in illegal trade online as well. One of the reasons why Bitcoins have become so popular is due to the fact that there is no middle man in this system. Transactions are made with no middle men and therefore, no need for a banking systems. The currency cannot be printed, and there are no transaction fees. Additionally, there is guaranteed security in the transactions as there is no need to give your real name.

In August 2017, it was announced that Bitcoin was being split into two. When the cryptocurrency’s power brokers could not unify behind a single solution, Bitcoin Cash was created. This split has been referred to as a ‘fork’. 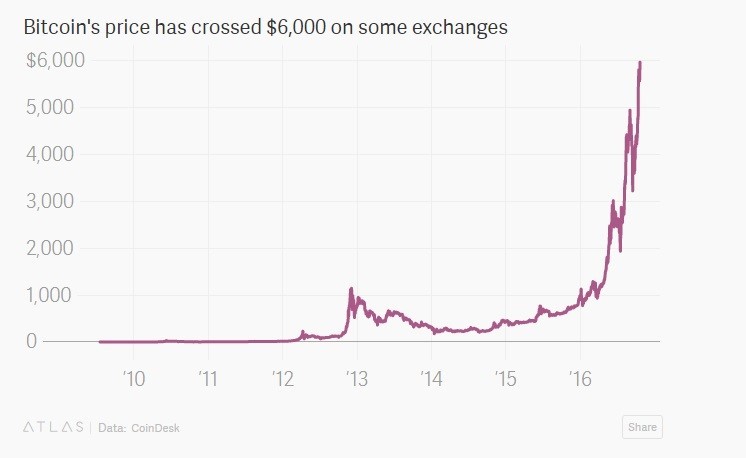 Initial Coin Offering (ICO) is a means of crowdfunding through the use of cryptocurrency. Companies sell investors digital tokens in exchange for cryptocurrencies like Bitcoins. According to a report from Financial Times, in 2017 software developers in Silicon Valley have been able to raise about $1.8 billion through the sale of new currencies. Some of the currencies that were used are Atoms, Basic Attention Tokens and Tezzies.

Interestingly, the boost in the value of Bitcoins is particularly beneficial to its mysterious creator. Satoshi reportedly owns roughly 980,000 Bitcoin. Thus, the total value of all the Bitcoin he/she owns will now be around $5.9 billion. This will make him/her the 247th richest person in the world.

In October 2017, the first regulated cryptocurrency derivative trades took place on a U.S. exchange. In a statement to the press, LedgerX, which is a bitcoin trading platform confirmed rumors that it had already begun trading cryptocurrency derivatives.  LedgerX CEO Paul Chou, “This week, a new standard is set for transparency, oversight and counter-party assurance. Institutional investors and traders can now rely on a guaranteed clearing and settlement process when transacting bitcoin contracts.”

Experts’ opinions on cryptocurrencies like Bitcoin are deeply divided. In September 2017, JP Morgan Chase CEO Jamie Dimon called bitcoin "a fraud.” He also warned that the cryptocurrency bubble will likely burst. World leaders like Vladimir Putin have also spoken about the inherent dangers but have admitted that cryptocurrencies may be inevitable. China has recently called for a freeze on all ICOs. It also shut down all exchanges. However, it has also made significant investments in developing Blockchain technology.

Our assessment is that the fear of weakening currency especially in Russia and China has pushed investors into bitcoins. We believe that an investor might fear that their local currency may weaken because of an ailing economy, government corruption or mismanagement of monetary policy by the central bank. These fears have been pushing capital inflows into virtual currencies like Ether and Bitcoin, bypassing the controls that the governments have in place to prevent capital outflows.