US Secretary of State Rex Tillerson has called for a deeper relationship with India in order to counter the growing influence of China in Asia and the world. Tillerson is expected to.. 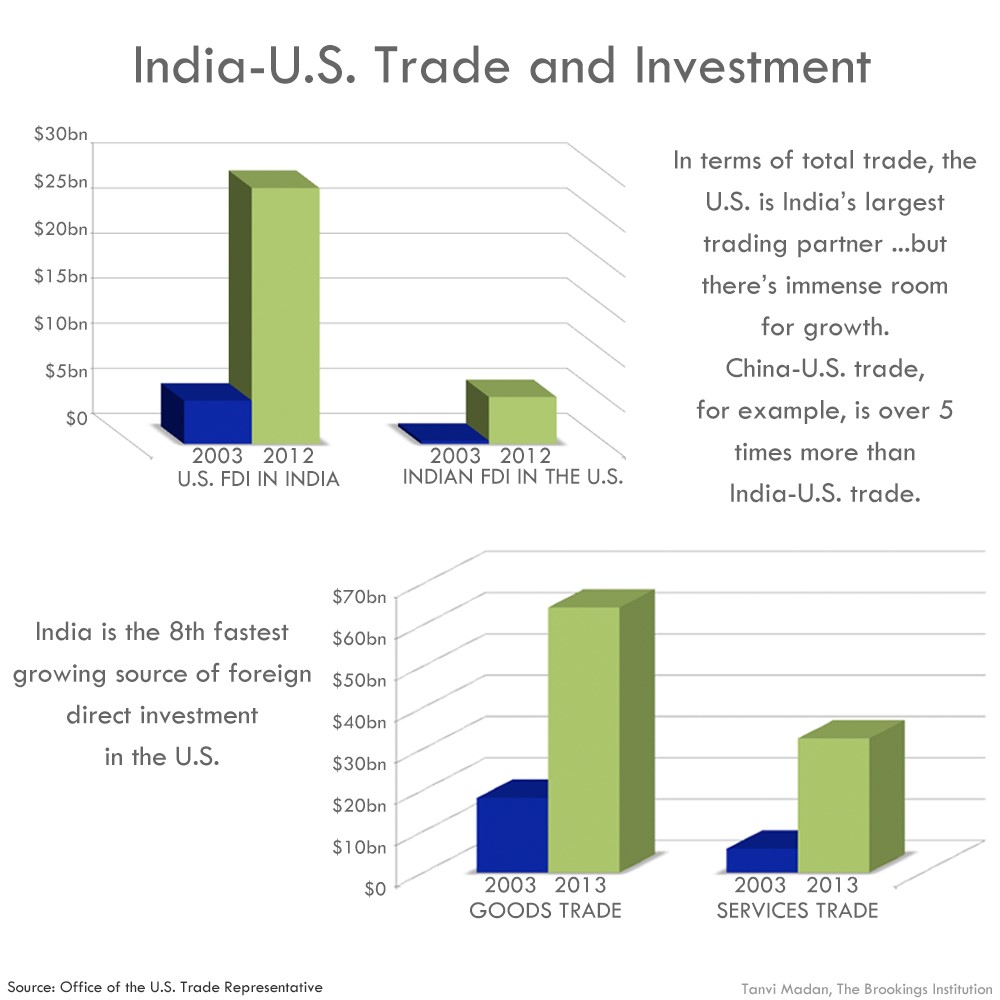 India’s relationship with the US was at best frosty during the Cold War years. This is mainly due to the fact India refused to align with either the US or the Soviet Union and was even the founding member of the Non-Alignment Movement. Conversely, India’s arch rival, Pakistan, joined the Western Bloc in 1954. While India did not align itself to either country during the Cold War, it did share close ties to Soviet Union, which further incensed the US government. However, it wasn’t a period devoid of communication. The years since India got independence from the British Empire, the US government helped the fledgling nation through foreign aid. From 1947 to 1959, US provided $1.7 billion in aid, including $931 million in food to India.

US President Dwight D. Eisenhower’s visit to India in 1959 set the foundation to a beneficial relationship between both nations. The US imposed sanctions on India in 1998 when the latter conducted nuclear tests, however, they were lifted in 2000. During the Presidency of George W Bush, India and the US came up with the framework of the India-US nuclear deal. In 2016, India and United States signed the Logistics Exchange Memorandum of Agreement and India was declared a Major Defense Partner of the United States. U.S. goods and services trade with India totaled an estimated $114.8 billion in 2016. Exports were $42.0 billion; imports were $72.8 billion.

United States and China are two of the largest economies in the world. The two countries consider the other as a partner in trade and an adversary in geopolitics.

US Secretary of State, Rex Tillerson has said that America was intent on deepening its relationship with India in order to counter the growing Chinese influence in Asia. Tillerson’s remarks come as the 19th National Congress was concluded in China. To know more about the event, click here.

In the recent years, the relationship between the US and China has become more enigmatic. US President Donald Trump has openly criticized China over trade ties. He has also urged China to take a more proactive role in countering North Korea. Additionally, there is growing tension between the countries over control of South China Sea. President Trump is expected to visit a number of countries in Asia this November, including China.

Tillerson was speaking at the Center for Strategic and International Studies, which is think tank in Washington. He said, “The United States seeks constructive relations with China, but we will not shrink from China’s challenges to the rules-based order and where China subverts the sovereignty of neighboring countries and disadvantages the U.S. and our friends.”

He also spoke about a more proactive relationship between India and the US adding, “India and the United States should be in the business of equipping other countries to defend their sovereignty, build greater connectivity, and have a louder voice in a regional architecture that promotes their interests and develops their economies.”

Tillerson noted that the relationship between India and the US can be described as "increasingly global partners" who "don't just share an affinity for democracy. We share a vision of the future." Tillerson is expected to visit India next week and did not shy away from harshly criticizing China. He said, “China's provocative actions in the South China Sea", saying they directly challenged "the international law and norms that the United States and India both stand for. China, while rising alongside India, has done so less responsibly, at times undermining the international, rules-based order.”

Following Tillerson's speech, the Chinese Embassy in Washington said in a statement that Beijing "will never seek hegemony or engage in expansion, never pursue development at the expenses of others' interests".

The Indian government has not responded either. In the past, Pakistan has been the important security ally for the US. However, in the recent months, US has expressed its frustration over Pakistan’s failure to root out Taliban from Afghanistan. Tillerson also spoke about Pakistan in his address noting, “We expect Pakistan to take decisive action against terrorist groups based there that threaten its own people and the broader region.”

Our assessment is that it is perhaps prudent to approach Tillerson’s remarks with a healthy dose of skepticism. We believe that it would not help India to be a bulwark against any country especially the Chinese in re-balancing of US’ interests in Asia. There are strong votaries of US-China relationship specially former Secretary of State Henry Kissinger. In the recent months, members of the US administration have issued statements that are often contradictory in nature. The President himself has altered his stance on various geopolitical issues in the recent past. Therefore, we would conclude that Tillerson’s remarks needs to be indexed with those of President Trump.