Having had close encounters of the unfriendly kind with several countries in South Asia, New Delhi would be well advised to keep Dhaka close.

Amidst India's recent troubles with its immediate neighbours, there is one country that has not caused even a ripple of discontent, and that is Bangladesh.  As the eighth-most populous country in the world (population exceeding 162 million), and one of the emerging economies of South Asia, it is considered as one of the 'Next Eleven' countries, with one of the fastest real GDP growth rates at 7.9 per cent. This record has been maintained despite the challenges of the Rohingya refugee crisis and the adverse effects of climate change on the Brahmaputra.

Bangladesh is distinct for being one of the few countries that have successful diplomacy with all its neighbours. It has strong economic ties with both India and China. Recently, India provided ten locomotive trains for public transport, while China announced a tariff exemption for 97 per cent on 8,200 products exported from Bangladesh, allowing it to enjoy duty-free access to the Chinese market. Pakistan also checked in with Bangladesh in July about Islamabad’s commitment in “deepening fraternal relations with Bangladesh on the basis of mutual trust, mutual respect, and sovereign equality”.

With the current tensions between India and China and the latter with most of the West, there has been talk about Bangladesh's probable leanings. However, Foreign Minister A.K. Abdul Momen rubbished reports on the souring of Bangladesh-India-China relations, saying, "We are a peace-loving country, and we are everyone's friend, no one's enemy... Bangladesh has a close relationship with India historically. A call from someone, or someone doing something, is not going to affect the bilateral relationship.”

India and Bangladesh appreciate mutual sensitivity and respect in building on their close relationship, an assertion stated by the Indian Ministry of External Affairs (MEA).  In May, India donated 30,000 COVID-19 test kits to Bangladesh as part of its emergency medical assistance although some loose statements appearing in the Indian media that Indian Navy ships equipped for COVID assistance were ready to help neighbours including Bangladesh drew a polite “no thank you.” The COVID graph in Bangladesh has been showing a downward trend with daily infections down to below a 1000 per day at the end of July, before spiking again.

On the other hand, with the new trade deal and more investments coming in for Bangladesh, China seems to be doing all it can to keep a few of India’s neighbours on its side.

Trade between Bangladesh and China is heavily tilted in favour of Beijing, with the former's bilateral trade deficit increasing to 1,600 per cent in the last 20 years, as of 2019.  25 per cent of Bangladesh's total imports are from China, while exports to China were only US$ 0.56 billion in 2018-19. Bangladesh and its regional neighbours Myanmar, Thailand, and Sri Lanka also depend on Chinese military supplies. Beijing could also be prepping Bangladesh for its role in the Belt and Road (BRI) Initiative. Chinese developers clinched a contract to build a new terminal at Bangladesh's Sylhet airport, which has proximity to Assam.

Prime Minister Sheikh Hasina has also welcomed China to use two of Bangladesh’s largest seaports, even after India signed for access to the same ports.

As regards Pakistan, Prime Minister Imran Khan has been working diligently to improve the relationship with several overtures. However, any substantial rapport-building with Islamabad would depend on Pakistan's acknowledgement of the “genocide” in former East Pakistan (now Bangladesh) in 1971.

India’s seven northeastern states, would be logistically better served if they are supplied from Bangladeshi ports through a much shorter land/ rail route as compared to a road/ rail connectivity from mainland India through the Siliguri corridor.  India was able to sign an agreement for the use of Chattogram and Mongla ports in Bangladesh for transit cargo to India's northeastern states.  In the last week of July, the first container ship was able to dock at Chattogram and the cargo destined for Agartala, dramatically reducing the time and cost of transit.  This arrangement will be highly beneficial to both countries.

Bilateral trade between Bangladesh and India is also high, with India's exports to Bangladesh in 2018-19 at US$ 9.21 billion and imports at US$ 1.04 billion. Adani Power had announced in 2017 that its Jharkhand arm had inked a long-term pact with Bangladesh Power Development Board to supply electricity from its 1,600 MW plant at Godda in Jharkhand.

However, India and Bangladesh have not been on the same page on a few issues. When the Citizenship Amendment Act was announced in India, Sheikh Hasina had said that the law was "not necessary".  She had also reportedly not met with the High Commissioner of India to Bangladesh, Riva Ganguly, despite repeated requests. Ali Riaz, Distinguished Professor of Political Science at Illinois State University, was quoted in the German channel DW, "Considering the close relationship between these two countries, often described as the 'golden age' by leaders of both countries, it is quite unusual that the Indian envoy has not had an audience with the PM for such a long period.” Although not much else was said, it can be assumed that Bangladesh is concerned about its migrants in India. 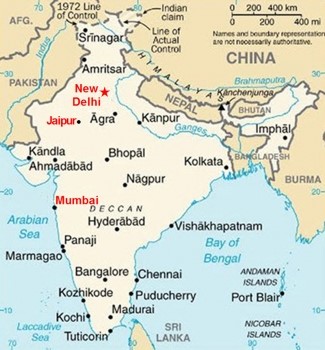