Since its invasion of Ukraine, Russia has been subjected to a barrage of EU and American sanctions targeting its oil production.  However, apparently, they have to date failed to prod Mr Putin to either halt his military offensive or agree to a negotiated settlement.

With Russian forces making significant gains in the strategic eastern half of Ukraine, the EU announced in early June the sixth package to its already existing comprehensive sanctions.  The aim is to further debilitate the Russian ability to finance this costly adventure and jam its perception operations.

Of course, the central theme of the new package is a comprehensive ban on Russian crude oil imports, which will come into effect within six months; for refined petroleum products, this period is eight months.  However, some countries like Hungary and Austria may be exempted.  The SWIFT banking blockade is being expanded to include additional Russian banks.  To prevent "disinformation", three other Russian media outlets will be banned from beaming their contents into the EU.  The sanctions against individuals and entities have also been extended to include family members of government officials and defence industry companies etc.  EU individuals and entities are banned from providing services like accounting, public relations, or consulting to Russian entities.

The Russian foreign ministry spokesperson called these sanctions "self-destructive" that will only "harm the ordinary citizens of EU." 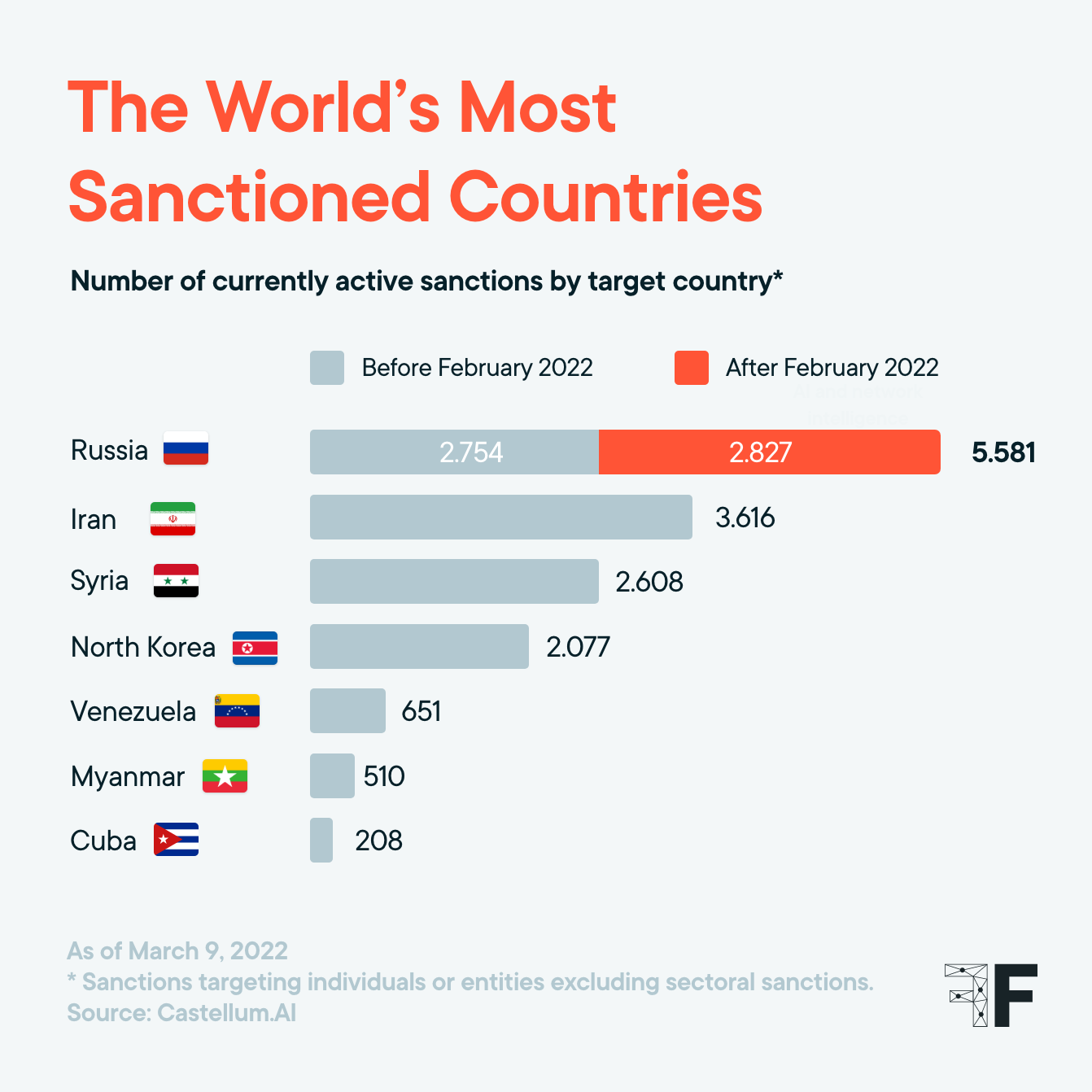 It would be interesting to see how Russia responds to the enhanced sanction regime.  It has a few options to circumvent the sanctions.  One is the proportionate economic response i.e., seeking fresh buyers using heavy discounting to incentivise nations to purchase their crude.  India and China, two of the leading crude oil importers in the world, offer the best prospects.  Russian RT news media has reported that India may also "scoop up" assets of western oil majors who have exited Russia at short notice.

The exclusion of Russia from the international oil market is bound to lead to significant geopolitical realignments for energy security as every oil-importing nation jockeys to secure its own supply at the best prices.  Nations like India that are eyeing discounted Russian oil to stock up their strategic oil reserves may be sorely disappointed if Russia decides against discounting but opts to undercut production.  Higher prices would be beneficial to all suppliers, including Russia.

The greater danger is to the strategic nuclear equilibrium between Russia and the West, which can neutralise all the gains made in the last three decades of nuclear arms control.  Pushed into a corner with its oil sustained economy all but wrecked, Kremlin may well become another rogue nation like North Korea and Iran-a formidable nuclear power with a battered economy.  While analysts put the chances of an outright nuclear conflagration at present as low, the tensions may continue to rise as the Russian economic situation becomes dire.

Aware of the global consequences of the energy embargo on Russia, the western powers led by the U.S. have been scrambling to incentivise other energy producers to step up production and make up the deficit.  In fact, on the 2nd of June, OPEC+ agreed to increase their oil production by 648,000 barrels per day from July to August.  This will, hopefully, bring production back to pre-pandemic levels, assuage surging prices and offset the Russian shortfall.  While the price rise in crude oil has been arrested for the time being, there is little chance that it will deflate any time soon.

Of the OPEC+ members, Saudi Arabia, UAE, Nigeria, Iraq, and Kuwait are the only members who possess the additional production capacity to offset the Russian deficit.  After months of America lobbying oil giants, with Saudi Arabia as the organisation's de facto leader, this agreement appears to be a gesture of goodwill to thaw its contentious relationship with America.  It appears that ahead of midterm elections and inflationary pressures, America intends to restore Saudi Arabia's status from "pariah" (Biden's vow after the assassination of critic and Saudi journalist Jamal Khashoggi) to "partner" and possibly leverage their renewed relationship to alienate Russia.  The American President's upcoming visit to the Kingdom could signal Riyadh possibly retreating from Moscow and moving back to Washington's sphere of influence.

It is a travesty of geopolitical manoeuvrings that Iran and Venezuela continue to be under sanctions and unable to support OPEC in making up the Russian deficit.  Early this year, the Biden Administration was keen to restart the Joint Comprehensive Plan of Action (JCPOA) to facilitate the flow of Iranian oil into the world markets.  However, Russia has torpedoed any such move, fully aware of its implications.