Ahead of the next parliamentary elections in December, the controversial jailing of PM Khaleda Zia and state persecution of dissent has raised fears that Bangladesh is moving towards an one-party state system. Modern Bangladesh emerged as an independent nation..

Ahead of the next parliamentary elections in December, the controversial jailing of PM Khaleda Zia and state persecution of dissent has raised fears that Bangladesh is moving towards an one-party state system.

Modern Bangladesh emerged as an independent nation in 1971 after breaking away and achieving independence from Pakistan in the Bangladesh Liberation War. The country's borders coincide with the major portion of the ancient and historic region of Bengal in the eastern part of the Indian subcontinent, where civilisation dates back over four millennia. After independence, the new state endured famine, natural disasters, and widespread poverty, as well as political turmoil and military coups. The restoration of democracy in 1991 has been followed by relative calm and rapid economic progress. Bangladesh is today a major manufacturer in the global textile industry.

Khaleda Zia, former PM and leader of BNP and Sheikh Hasina, the current PM, are known as the 'Battling Begums' for their bitter rivalry that has poisoned Bangladeshi politics for nearly three decades. Both warring women have also laid claim to aspects of Bangladesh's independence. Recently, ex-PM Zia was sentenced to rigorous imprisonment for five years on February 8 for embezzling 21 million takas in foreign donations meant for a charity named after former President Ziaur Rahman, Zia's husband. Her elder son and heir apparent, Tarique Rahman, and four others were also sentenced to 10 years in prison. Nearly a month later Zia was granted bail.

The next Bangladeshi general election will elect the members of the Jatiya Sangsad, the parliament of Bangladesh, on a date to be determined between 31st October and 31st December. The previous general elections, which took place in 2014, were boycotted by the main opposition party, the Bangladesh Nationalist Party led by three-time former Prime Minister Khaleda Zia. As a result, the Awami League led by Prime Minister Sheikh Hasina won a walkover, with its candidates declared victors in 127 of the 154 uncontested seats by default. 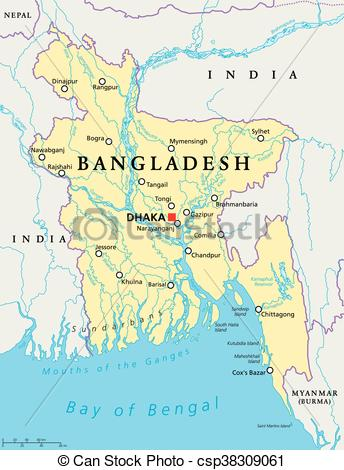 Since the controversial imprisonment of Bangladesh's opposition leader and two-time PM Khaleda Zia earlier this year, it is becoming increasingly difficult for the government to reject allegations of turning into an authoritarian regime.

The arrest and subsequent imprisonment of the former prime minister, which Zia's Bangladesh Nationalist Party (BNP) called the Hasina government's conspiracy to keep the opposition party out of politics, led to widespread violence in cities across Bangladesh. BNP supporters clashed with police and ruling party members.The spectre of large-scale violence now threatens to destabilise the parliamentary elections in the country scheduled to be held in December this year.

A German think-tank Bertelsmann Foundation’s report said the country is now under an autocratic rule. The report said in five of these countries, namely Bangladesh, Lebanon, Mozambique, Nicaragua and Uganda, "democracy has been gradually undermined for years" and that they no longer meet its minimum standards.

In her 10-year tenure as the prime minister of Bangladesh, Sheikh Hasina has been accused of using the state's law enforcement apparatus as well as the judiciary to suppress the voice of the opposition. A Human Rights Watch (HRW) report confirmed this last year and said the Bangladesh government had secretly arrested hundreds of people, mostly activists and political figures, opposed to the Hasina government.

Meenakshi Ganguly, who is the South Asia Director of Human Rights Watch, says Bangladesh may have won international praise for its humanitarian response to the ethnic cleansing of the Rohingya by Myanmar but the domestic human rights situation remains a cause for concern. Ali Riaz from the Illinois State University in the US said that the current political and human rights situation in Bangladesh is "not suitable" for holding an election, let alone an "inclusive" one.

Bangladeshi students’ nonviolent movement for road safety that erupted on 29 July seems to have come to an end after a series of violent incidents. However, the violence that ensued in the protest has been linked to a student group called Bangladesh Chhatra League that is closely connected to the Awami League. Journalists were beaten by members of the BCL and female reporters were sexually assaulted in the protest. The government blocked mobile internet access for 24 hours in response to the protests.

Our assessment is that the possibility of an uncontested mandate in December 2018 is increasing in Bangladesh. We feel that if the beleaguered BNP is forced to boycott the next national election, there will be less legitimacy left in the Bangladeshi political system. We believe that the continued prosecution of the opposition and dissenters is counterproductive. Recent events have shown that the government seems to believe that they are no longer accountable to anyone and this poses a major threat to democracy in Bangladesh.