Residents of Lombardy and Veneto, which are two of Italy’s wealthiest northern regions, have overwhelmingly in favor of greater autonomy. Citizens voted in a non-binding referendum..

Residents of Lombardy and Veneto, which are two of Italy’s wealthiest northern regions, have overwhelmingly in favor of greater autonomy

Citizens voted in a non-binding referendum on October 22nd, 2017.

Italy is a unitary parliamentary republic in Europe. It is home to 61 million inhabitants. The country is the fourth most populous EU member state. Historically, Italy is perhaps best known for being the origin of the Renaissance. Italian culture flourished at this time, producing famous scholars, artists and polymaths such as Leonardo da Vinci, Galileo, Michelangelo and Machiavelli. It was a period when great strides were made in science and art. It was also during this era when Italian explorers such as Marco Polo, Christopher Columbus, Amerigo Vespucci and Giovanni da Verrazzano discovered new routes to the Far East and the New World.

Present day Italy is known as a vibrant tourist destination in Europe. It is the 3rd-largest national economy in the eurozone, the 8th-largest by nominal GDP in the world. Italy is also the eighth largest exporter in the world. In 2016, its nominal GDP was $1.850 trillion. Italy conducted 59% of its trade with other nations in the European Union.

Politically, Italy has often been plagued by instability in the 20th and the 21st century. After the first world war, the nation was economically weakened. In 1922, the National Fascist Party of Benito Mussolini came to power. This resulted in protectionism and greater control by the government. There have been several dozen governments in the country since the advent of the second world war. The Italian political landscape underwent a seismic shift in the early 1990s when the "mani pulite" ("clean hands") operation exposed corruption at the highest levels of politics and big business. Despite hopes of a change, the old power structures remained largely unchanged. Under the leadership of Silvio Berlusconi, politics was mired by controversies and scandals. 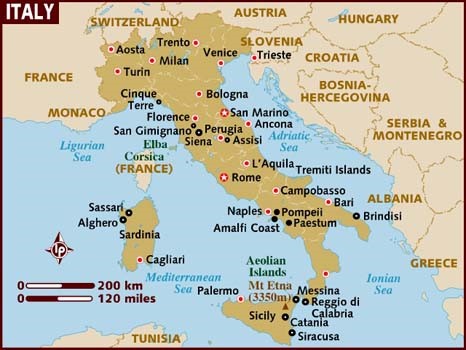 Lombardy and Veneto are two of Italy’s wealthiest northern regions. They are two of twenty administrative regions of Italy. Lombardy is home to 10 million people and it contributes to 5% of Italy’s GDP. Milan, which is often called the Fashion Capital of the world, is the Lombardy’s capital. Veneto has a population of five million people. The region’s capital is Venice.

The two regions held a non-binding referendum on October 21st, 2017. The turnout in Veneto was projected at around 58 percent. According to polling estimates, over 95% of those who voted in the two regions voted in favor of greater autonomy.

Lombardy governor Roberto Maroni said he would be looking to present detailed proposals within the next two weeks. He said that this will these proposals are considered before national elections due by May 2018. He told, “I will go to Rome and ask for more powers and resources within a framework of national unity.”

Economist Lorenzo Codogno has said that these referendums do not threaten the unity of Italy. Neither of the region is threatening to secede from the country. Currently, those seeking outright independence are just fringe players. However, it could cause problems. Codogno said, “Although not threatening the unity of the state, this process risks opening a Pandora’s box and setting in motion widespread centrifugal forces within Italy.”

"We already have other regions calling for referendums," Pietro Basso, sociology professor, told Al Jazeera. "So, if each region calls for autonomy, then there will be a clash of power centres and more chaos."

In the recent months, Catalonia, which is an autonomous region in Spain has voted in favor of freedom. However, experts do not believe that will be Italy’s future in the near future. Gianluca Busato, a Veneto resident and pro-autonomy activist said, “I suppose Europe has to evolve something like a very federal system that the US has with its 50 states. Europe can have 50 independent regions, that is not a problem for governance, and it will also be the direction that people want from an economic and civic point of view."

At the end of the day, the residents voted for more regional power to affect tax revenues, immigration and education systems.

Our assessment is that there are growing movements across the world seeking autonomy and secession. From Catalonia in Spain to Kurdistan in Iraq, regions are asking for more power and independence.