With investments from companies like Volkswagen, Tesla and Ford, China has emerged as the main market for electric cars. During the late 19th century and the..

With investments from companies like Volkswagen, Tesla and Ford, China has emerged as the main market for electric cars.

During the late 19th century and the early 20th century, electric cars were popular among the public. However, they were replaced when the much-cheaper gasoline vehicles were introduced to the markets. It was only after 2008, when the market for electric vehicles began to grow. This was due to two main reasons –concerns over growing oil prices and about the environment.

According to a World Health Organization report, 92% of the world’s population lives in places where air pollution exceeds safe limits. Many nations have established tax cuts and subsidies to promote electric vehicles. In the European Union, as of 2011, 15 member-states provided economic subsidies in varying degrees. Most electric vehicles use lithium-ion batteries.

In July 2017, the governments of UK and France announced that they would be banning diesel and petrol cars and vans by 2040. The nations are hoping to promote the sales of electric vehicles, which are more environment friendly. 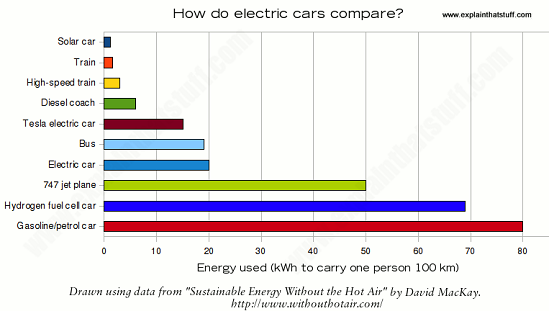 Two of the biggest vehicle manufacturing companies, Volkswagen and Tesla have announced massive investments into the production of electric cars. Volkswagen (VLKAF) has announced that the company will be investing more than €10 billion ($11.8 billion) to build electric and hybrid cars in China. Along with local partners, the German automaker will be expanding its footprint in China over the next seven to eight years.

Recently, China has announced that it will be phasing out production and sale of vehicles powered solely by fossil fuels. Companies like Volkswagen are trying to tap into the massive Chinese market. China accounts for about 50% of the global market for clean energy vehicles, according to investment firm East Capital.

Tesla (TSLA), which has been trying for years to figure out how to produce its electric cars in China, may set up a factory in Shanghai's free trade zone. That arrangement could enable the U.S. company to avoid teaming up with a Chinese company, but it would still have to pay the import tariffs. Tesla has also unveiled its first electric articulated lorry. The Tesla Semi has a range of 500 miles on a single charge. The Tesla Semi will achieve 0-60mph in 20 seconds when pulling 36,287kgs (80,000lbs), the maximum allowed on US roads. Speaking on stage at Tesla's facility in Los Angeles, chief executive Elon Musk said: "It's not like any truck that you've ever driven."

Earlier this month, Ford (F) announced it would create a new brand to make fully electric cars in China with a local partner. Ford became the first global automaker to partner with a local firm that exclusively produces electric cars according to Bill Russo, managing director at Gao Feng Advisory Company. He noted, “Multinationals have been playing a bit of wait and see in China. Now, Ford is convinced they need to be in the game.” Earlier this month, General Motors (GM) started selling a tiny electric car in China that costs about $5,300 after national and local electric vehicle incentives.

Our assessment is that automakers are banking big on the Chinese market to boost the sales of electric cars. As more governments begin phasing out diesel and petrol cars across the world, electric vehicles will become a viable option.