Australia's Prime Minister Malcolm Turnbull has warned that the country has become a "land of drought" as he announced further measures to help stricken farmers. Australia, officially the Commonwealth of Australia, is a sovereign country comprising the mainland of the Australian..

Australia's Prime Minister Malcolm Turnbull has warned that the country has become a "land of drought" as he announced further measures to help stricken farmers.

Australia, officially the Commonwealth of Australia, is a sovereign country comprising the mainland of the Australian continent, the island of Tasmania and numerous smaller islands. It is the largest country in Oceania and the world's sixth-largest country by total area. The neighbouring countries are Papua New Guinea, Indonesia and East Timor to the north; the Solomon Islands and Vanuatu to the north-east; and New Zealand to the south-east.

The climate of Australia is significantly influenced by ocean currents, including the Indian Ocean Dipole and the El Niño–Southern Oscillation, which is correlated with periodic drought, and the seasonal tropical low-pressure system that produces cyclones in northern Australia. These factors cause rainfall to vary markedly from year to year. Much of the northern part of the country has a tropical, predominantly summer-rainfall. The south-west corner of the country has a Mediterranean climate.

Many regions in Australia face water restrictions due to chronic shortages as a reason of urban population increases and localised drought. The worst drought to affect the country occurred in the 21st century—between the years 2003 to 2012. Nonetheless, many regions of Australia are still in significant drought and rainfall records have showed a marked decrease in precipitation levels since 1994, with many scientists attributing this to climate change and global warming. Deficiencies in northern Australia increased in 2013–14, leading to an extended drought period in certain parts of Queensland. 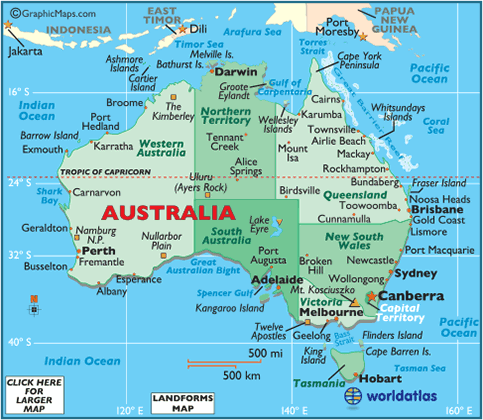 Australian PM Malcolm Turnbull has said his country must realize it is the "land of drought and flooding rains" after he promised more cash to struggling farmers. Turnbull told a local radio station on Monday that the Australian Bureau of Meteorology was calling the dry weather "the worst drought in eastern Australia since 1965."

The northern rivers region, like most of NSW, southern Queensland, South Australia, southern Western Australia and parts of Victoria, has been affected by severe drought. Some regions of western NSW have experienced their driest 16 months on record, according to the Bureau of Meteorology, and Australia as a whole experienced its driest July since 2002.

On Sunday the federal government announced $190m in urgent drought relief funding. This included an increase of the Farm Household Allowance by up to $12,000 for eligible households. The state government of New South Wales has already promised to pay out more than 1 billion Australian dollars to the rural community. Last week, the Labor party announced a policy to use agriculture-based research and development corporations to prepare farmers for future droughts.

PM Turnbull described some farmers’ situations as diabolical and tragic, as they battle dry conditions across large swathes of eastern and southern Australia. The government is also changing the assets test to allow an estimated 8,000 more farmers to access support to recognise the severity of the drought. But how much difference the package will make is unclear.

PM Turnbull said long-term measures to improve the resilience of rural communities to handle drought conditions were in the works. As part of the government’s package, struggling farmers will no longer have to trek to town for counselling appointments under new measures to make seeking mental health support easier.

The initiatives have been embraced by the National Farmers’ Federation. “It’s vital that we help farmers and families that are dealing with the stress and pressures drought brings,” the NFF president, Fiona Simson, said in a statement.

The agriculture minister, David Littleproud says linking the drought affecting much of Australia to man-made climate change is a “big call”.

Littleproud criticised state and territory governments for allegedly placing environmental concerns above the livelihood of farmers, alluding to the vexed issue of environmental water flows.

Our assessment is that the current drought situation in Australia is one of the worst it has witnessed in the past century. We feel that on top of the dry conditions, there is a good chance of an El nino weather event resulting in below average rainfall in south-east Australia. We believe that PM Turnbull’s relief package and proposed long-term measures, though oriented towards the farmers, must also include measures to tackle climate change.