Australia to go to polls in May

Australia will go to polls on May 18, 2019, in an election that will either see that ascendancy of the Labor Party or the return of the incumbent PM Scott Morrison. Key electoral considerations are likely to be taxation, climate change and foreign interference. The Commonwealth of Australia comprises the mainland of the Australian...

Australia will go to polls on May 18, 2019, in an election that will either see that ascendancy of the Labor Party or the return of the incumbent PM Scott Morrison. Key electoral considerations are likely to be taxation, climate change and foreign interference.

The Commonwealth of Australia comprises the mainland of the Australian continent, the island of Tasmania and numerous smaller islands. Australia is the world's sixth-largest country by total area. Formed by the unification of British colonies, Australia has maintained a liberal democratic political system under a federal parliamentary constitutional monarchy. It’s highly urbanised population of 25 million is largely concentrated on its eastern seaboard. Australia has the world's 9th largest immigrant population with immigrants accounting for at least a quarter of its population. As a highly developed country, Australia has a high-income economy, with the world's tenth-highest per capita income.

Australia’s parliament comprises the House of Representatives (the lower house) and the Senate. The House consists of 150 members, elected for three years in a preferential vote. The Senate consists of 76 members, with six-year terms in a preferential, proportional representation. Half of the Senate seats expire in a fixed three-year rotation. In elections, Australia’s federal elections either result in the incumbent returning to the office or in a new government. Voting in Australia’s election is mandatory for adults on pain of a fine. 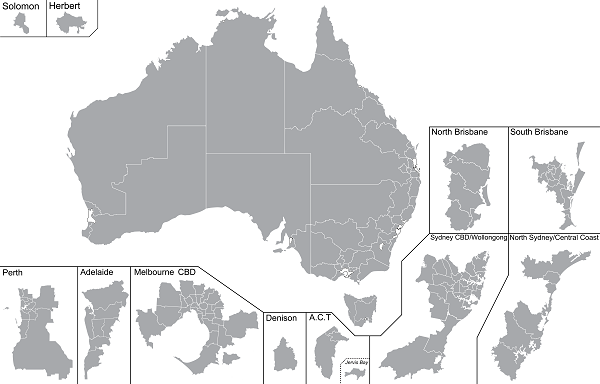 Australian Prime Minister Scott Morrison has announced that Australians will partake in general elections slated for May 18, 2019. The election pits Mr. Morrison’s minority government against the centre-left Labor Party leader, Bill Shorten. The announcement marked the beginning of the Australian campaign season.

Early opinion polls, even those prior to the elections, have illustrated a lead for the Labor Party, showing Mr. Morrison’s coalition of the Liberal Party and the rurally-focused Nationals Party has an upward challenge. Mr. Morrison began his pitch to voters, touting his economic credentials immediately framing the elections as a referendum on his ability to manage Australia’s economy. However, the coalition’s instability, evidenced by their three PM’s in six years, is likely to dampen their efforts for re-election, in addition to recent data that shows a slowing economy. Conversely, the Labor Party has promised higher wages and tax reforms that remove tax breaks for Australia’s wealthy. Curiously, both parties have employed the Australian phrase “a fair go” in order to focus on opportunity and equality. However, the similarities end there, with the coalition touting their existing record and the Labor Party remaining true to their titular heritage.

Analysts believe that Australia’s recent bout of extreme weather events, which have included destructive floods, cyclones, bushfires and drought, in addition to the hottest summer on record, will make climate change a key electoral consideration. The coalition government scrapped legislation that would legally require a reduction in emissions resulting in significant public ire, proving that climate change is likely to play a significant role in upcoming elections.

Australia’s demographic balance will result in a split in nationwide voting patterns. Many northern states typically elucidate conservative values and are likely to vote for socially conservative parties. Any change in Mr. Morrison’s electoral base is likely to result in a failing coalition government; Mr. Morrison cannot afford to make any alterations to his conservative positions. Analysts have indicated that Australians are now more likely to vote for minor parties, disillusioned with the performance of major political parties, further endangering Mr. Morrison’s position. Conversely, southern states are typically more socially progressive, evidenced by recent overwhelming victories for the Labor Party in regional elections.

Issues of immigration and refugees have previously sparked significant discussion amongst Australia’s electorate, with major parties talking tough on such issues. However, recent attacks in New Zealand is likely to temper such rhetoric, although a focus on foreign interference in domestic affairs is likely to replace such talk. Previous political campaigning has used such issues to portray themselves as steadfast on defence issues and they are likely to use the potential for cyber attacks and related interference as a galvanising tool.

Our assessment is that issues of taxation, climate change and the economy is likely to headline the 2019 Australian election. We believe that incumbent PM Scott Morrison is likely to face an uphill battle to convince his electorate to place faith in his economic mandate, especially since recent data that indicates a slowing economy. We believe that Mr. Morrison cannot afford any major changes to his electoral base, given his minority coalition government. Despite the significant disparity in approach on key electoral issues, we believe that the possibility of interference and cyber attacks in the election process is likely to galvanise both sides of the aisle to similar rhetoric against what Australia perceives as its greatest threat; China. We also believe that the social divide between Australia’s northern states and its southern ones are likely to be exploited during this election cycle.