Myanmar’s de-facto leader Aung San Suu Kyi has visited the state of Rakhine for the first time since violence broke out on August 25th. Over 600,000 Rohingya Muslims have fled..

Myanmar’s de-facto leader Aung San Suu Kyi has visited the state of Rakhine for the first time since violence broke out on August 25th.

Over 600,000 Rohingya Muslims have fled the region in wake of the crisis. The UN has stated that this was tantamount to “ethnic cleansing.”

On August 25th, 2017, more violence erupted in the region of Rakhine. The government stated that Rohingya insurgents armed with knives and home-made bombs attacked more than 30 police posts. More than 600,000 Rohingya Muslims have fled the region as a direct result of it. Primarily most have gone to Bangladesh.

A UN report has said that the treatment of Rohingya was tantamount to ethnic cleansing. Researchers from the International State Crime Initiative (ISCI), published a report citing compelling evidence of mass annihilation and genocide. Personal accounts by refugees paint horrific tale of rape, pillaging and violence. 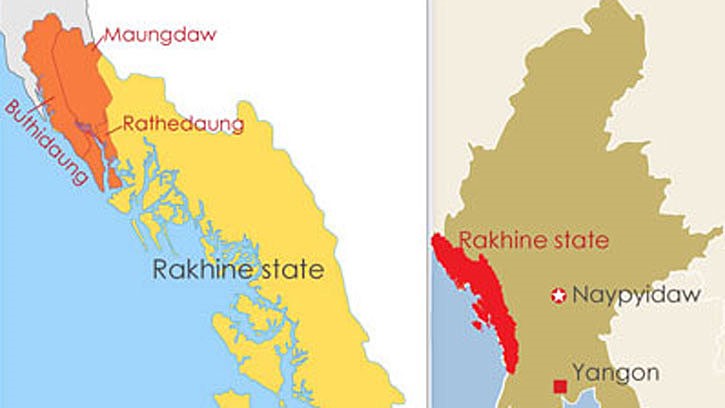 Myanmar’s de-facto leader Aung San Suu Kyi has been heavily criticized over the crisis. She was awarded the Nobel Peace Prize in 1991 for her campaign to restore democracy in Myanmar. Past Nobel Prize winners like Malala Yousafzai has explicitly called her to address the Rohingya crisis. The Myanmar government has staunchly maintained that it was not attacking civilians. The government also stated that the conflict was only between insurgents and the military. However, those who have fled the region have spoken to homes being burnt and children being killed.

More recently, the Myanmar government said that it was Bangladesh that was preventing the repatriation efforts. Zaw Htay, a spokesman for Suu Ky said, “We are ready to start, but the other side did not accept yet, and the process was delayed. This is the number one fact.” He said that Bangladesh’s reluctance stems from the massive amounts of money that has been raised by the international community to build refugee camps adding, “Currently they have got $400 million. Over their receipt of this amount, we are now afraid of delaying the program of deporting the refugees. They have got international subsidies. We are now afraid they would have another consideration as to repatriation.”

A senior Bangladesh home ministry official gave a scathing response. “Their claim is outrageous. We are stunned,” the official told Reuters in Dhaka. “How can they say this when everyone knows who are making the delay?”

For the first time since violence broke, Suu Kyi visited Rakhine in a bid to show that the situation is not as unstable as reported. She reportedly took questions from some of the villagers still living in the region. She told them that if they ever encountered a problem, they should let the government know about it.

Al Jazeera's reporter Florence Looi who is present at the region has said that this visit did little to dissuade Rohingya Muslims from fleeing. Looi said, “They say they are still planning to leave for Bangladesh, because many feel that they cannot live peacefully in Rakhine state. They fear for their lives and they know what happened to their neighbouring villages.”

In India there are around 40,000 Rohingya Muslim refugees. The Indian government has signaled that

Our assessment is that the mass exodus of Rohingya Muslims creates a highly unstable environment in Asia. The refugees need to be repatriated in such a manner that they are able to go back to Myanmar without fear for their lives or welfare. Otherwise, the region becomes a fertile ground for nefarious forces to cause more violence.