Former CIA and National Security Agency Director Michael Hayden has criticized US President Donald Trump for frequently attacking the media. He noted that this was..

Former CIA and National Security Agency Director Michael Hayden has criticized US President Donald Trump for frequently attacking the media. He noted that this was "such an outrageous assault" on a free press or the First Amendment

The First Amendment (Amendment I) to the United States Constitution prevents Congress from making any law respecting an establishment of religion, prohibiting the free exercise of religion, or abridging the freedom of speech, the freedom of the press, the right to peaceably assemble, or to petition for a governmental redress of grievances. The media is the United States is considered an extremely powerful and important component of the nation’s democracy. In the past, journalists like Bob Woodward and Carl Bernstein (Washington Post) were responsible for reportage that resulted in them exposing the Watergate scandal. This directly led to the resignation of then President Richard Nixon in 1972.

He himself has consistently and continuously attacked the nation’s free press. He has often used his Twitter platform to launch verbal attacks on the New York Times and the Washington Post. He has often taken to calling the CNN, “Fake News.” 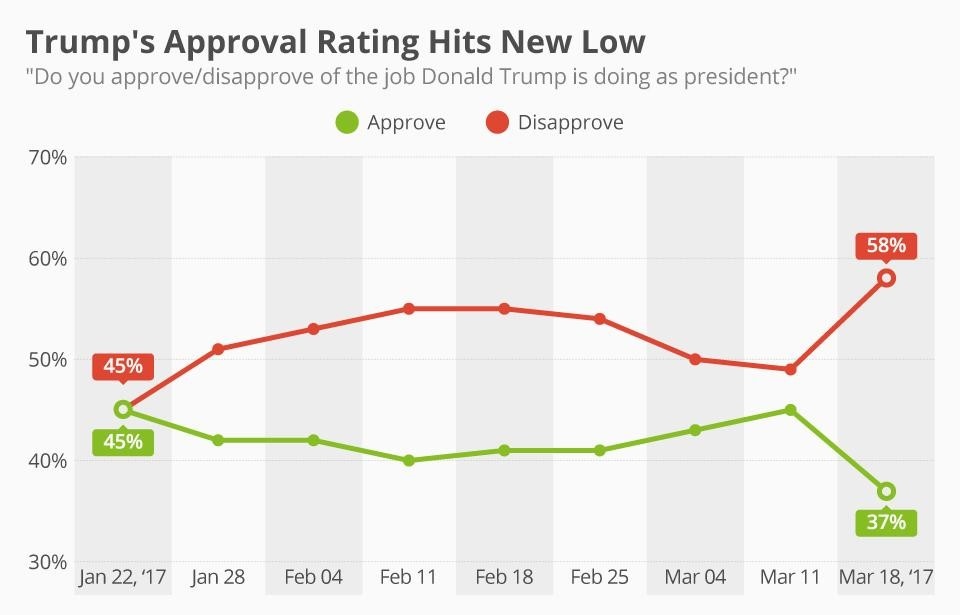 Fox Network is viewed as a network news channel that provides the most favorable coverage of the US President. Trump has often cited the TV show, Fox and Friends multiple times on Twitter. He has also defended former Fox News head Roger Ailes who his past sexual misconduct came to fore.

In a separate Tweet he stated, “"Fox News is MUCH more important in the United States than CNN, but outside of the U.S., CNN International is still a major source of (Fake) news, and they represent our Nation to the WORLD very poorly.” The network responded to Trump's tweet: "It's not CNN's job to represent the U.S to the world. That's yours. Our job is to report the news. #FactsFirst". At final count, CNN’s tweet had received more ‘likes’ and ‘retweets’ than Trump’s original comment.

Former CIA and National Security Agency Director Michael Hayden is a frequent critic of President Trump. "If this is who we are or who we are becoming, I have wasted 40 years of my life. Until now it was not possible for me to conceive of an American President capable of such an outrageous assault on truth, a free press or the first amendment." The retired United States Air Force four-star general, who is now is a CNN national security analyst, has served under the past three administrations.

Our assessment is that Trump’s rhetoric that CNN produces “fake news” is similar to responses by other populist leaders who try to censure free press. It is remarkable that a former head of the most premier intelligence agency in the world has the courage and the conviction to speak against voices that suppress the Fourth Estate.