Days after the resignation of Lebanon’s former Prime Minister Saad Hariri, the leader of Lebanon's Hezbollah Hassan Nasrallah said that Saudi Arabia had declared war and it was..

Days after the resignation of Lebanon’s former Prime Minister Saad Hariri, the leader of Lebanon's Hezbollah Hassan Nasrallah said that Saudi Arabia had declared war and it was holding Hariri against his wishes.

Hezbollah is a Shi'a Islamist political party and militant group based in Lebanon. After the death of Abbas al-Musawi in 1992, the group has been headed by Hassan Nasrallah, its Secretary-General. The group is considered a terrorist organization by the governments of the United States, Israel, Canada, the Arab League, the Gulf Cooperation Council, along with its military/security wing by the United Kingdom, Australia and the European Union. It is a political, military and social organization that wields considerable power in Lebanon. Hezbollah emerged with the help of Iran during the Israeli occupation of Lebanon in the early 1980s. It roots can be traced back to the Shia Islamic revival in Lebanon in the 1960s and '70s.

In the recent days there have been many developments in the Middle East region. In November 2017, King Salman of Saudi Arabia ordered the establishment of a new anti-corruption commission and named his 32-year-old son, Crown Prince Mohammed bin Salman, to lead it. Within 24 hours, authorities rocked the Middle East. Four ministers in the country along with 17 princes were sacked and detained. In the same weekend, Lebanese Prime Minister Saad Hariri abruptly announced his resignation from the Saudi capital of Riyadh.

In the recent days, Saudi Arabia has ordered its citizens to leave Lebanon. This has escalated a regional standoff with Iran centred on the fragile state, which it claims is being run by Tehran’s proxy, Hezbollah. 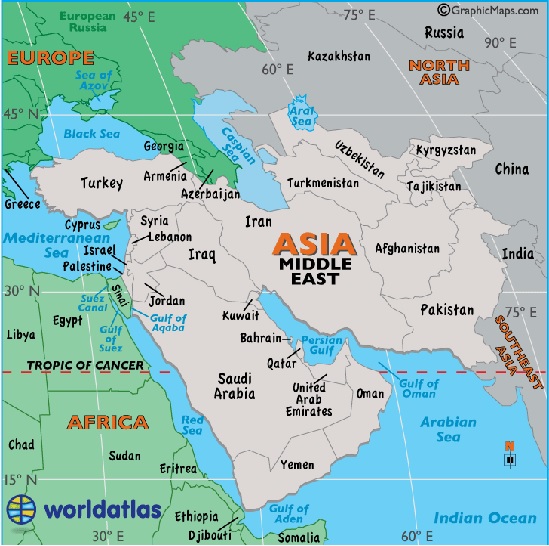 Days after Hariri’s resignation, the leader of Lebanon's Hezbollah Hassan Nasrallah said that Saudi Arabia had declared war and it was holding Hariri against his wishes.

"All of a sudden, out of nowhere, Saudi Arabia called the prime minister on urgent matter without his aide or advisers, and was forced to tender his resignation, and to read the resignation statement written by them," Nasrallah said, as he accused Riyadh of "blunt, unprecedented interference".

Nasrallah said that Hariri’s resigniation was not legal and that the group nor the nation would accept it. Nasrallah added, "We declare that the prime minister of Lebanon has not resigned. Saad Hariri is our political opponent, but he is also our prime minister."

In a statement following Nasrallah's televised address, Rex Tillerson, US secretary of state, cautioned against using Lebanon "as a venue for proxy conflicts". He urged "all parties both within Lebanon and outside to respect the integrity and independence of Lebanon's legitimate national institutions". Tillerson also stated, “The United States supports the stability of Lebanon and is opposed to any actions that could threaten that stability.”

Meanwhile, French President Emmanuel Macron made an unscheduled visit to Saudi Arabia to meet with leaders in a bid to diffuse the situation. France's foreign ministry said it wanted Hariri to be free of his movements and fully able to play an essential role in his country. "As the minister said, we wish that Saad al-Hariri has all his freedom of movement and be fully able to play the essential role that is his in Lebanon," French deputy foreign ministry spokesman Alexandre Georgini said.

There have also been rumblings of war amid leaders in Israel as well. “If a war breaks out in the northern arena we need to act with full force from the beginning,” Israel’s outgoing air force commander, Maj Gen Amir Eshel, told the Herzliya conference in June shortly before stepping down. “What we could do in 34 days during the second Lebanon war we can now do in 48 to 60 hours. The growth of our strength has not been linear. This is potential power unimaginable in its scope, much different to what we have seen in the past and far greater than people estimate.”

Speaking at a ceremony in October, Israel’s combative rightwing defence minister, Avigdor Lieberman, suggested that the Lebanese military could also be considered an enemy combatant alongside Hezbollah. “We’re talking about Hezbollah and the Lebanese military and, unfortunately, this is the reality,” he told soldiers at Israel’s military headquarters, suggesting that the Lebanese army had lost its independence and had become an integral part of Hezbollah’s network. “If war breaks out in the north, we have to open with all our strength from the start,” Lieberman said.

There have been reports that the developments initiated by Saudi Arabia have the tacit approval of the US administration. Senior White House counsel Jared Kushner made an unscheduled visit to Saudi Arabia just days before the alleged coup took place.

Our assessment is that the chaos within Saudi Arabia and the prospect of war in the Middle East will have deep ramifications across the world. King Salman is custodian of Islam's two holiest sites. His son, the Crown-Prince has been accused of jailing possible threats to his throne. In the midst of such sensitive clime, even the smallest of accidents could result in armed conflict with disastrous results.